Márquez is crowned on Italian asphalt

On September 13, 14 and 15, the Grand Prix of San Marino and Riviera di Rimini was played at the Circuit of Misano, Marco Simoncelli, in Italy.

In the first training sessions, Marc Márquez showed his confidence in his RC213V by occupying the first two positions during all the sessions. Jorge Lorenzo was able to assess his physical condition and improved his lap time to more than a second from FP1 to FP2, obtaining very positive results the first day on the track.

The high temperatures on the track conditioned the course of the qualifying session on Saturday, where the teams were forced to prepare a good tire strategy.

Márquez remained calm during FP3 and got the direct pass to Q2 after suffering a fall without consequences in the last minutes of FP4. He was one of the few drivers who opted for a two-stop strategy but could not get the most out of his tires in the final laps. Even so, he got a better lap of 1’32.742 that placed him in fifth place on the grid on Sunday. Jorge Lorenzo continued his progression during the second day getting 18th place on the grid.

On Sunday, the current world champion had a quick career start by placing fourth in the first corner and progressing to third place a few corners later. After moving to Viñales, Márquez placed second at Fabio Quartararo's wheel, which he pursued until attacking him in the final corners, achieving victory. This first place leaves him 93 points ahead of the rival to the title, Andrea Dovizioso and 6 races to finish the championship.

With this victory number 77 Marquez surpasses Mike Hailwood and is among the four most successful riders in the history of Moto GP.

Jorge Lorenzo had a constant career and managed to finish in the 14th position, again getting points in the championship. The five times champion could not achieve his goal of finishing within 30 seconds after the winner, but suffering less discomfort after the race was a good sign.

Honda increases its lead to 60 points in the Manufacturers Championship while the Repsol Honda Team approaches the Ducati Team to just 25 points.

In just a few days, the next Grand Prix Moto GP of Aragon will take place on September 22. 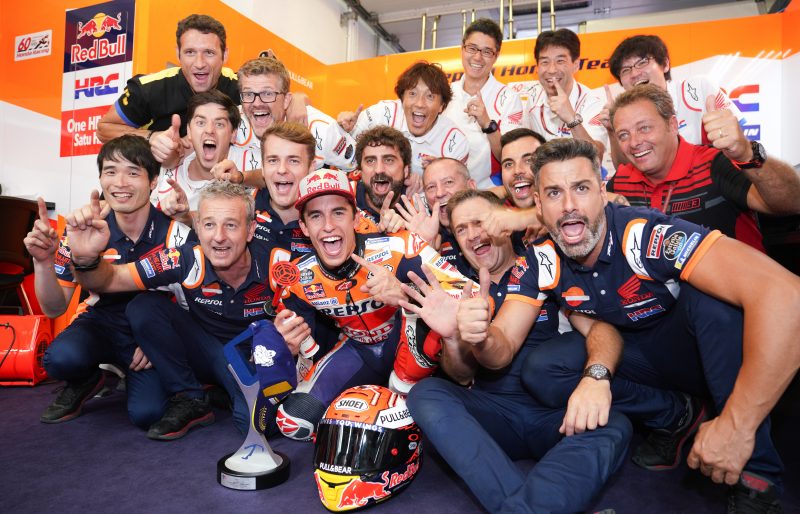 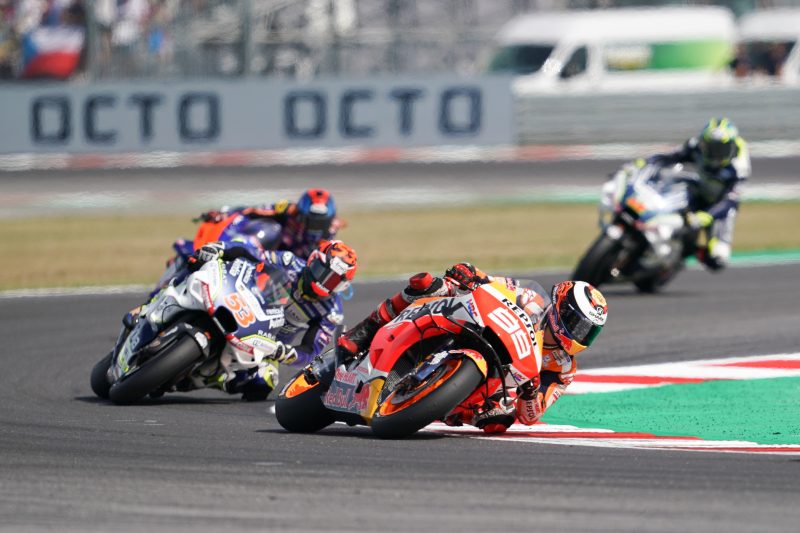 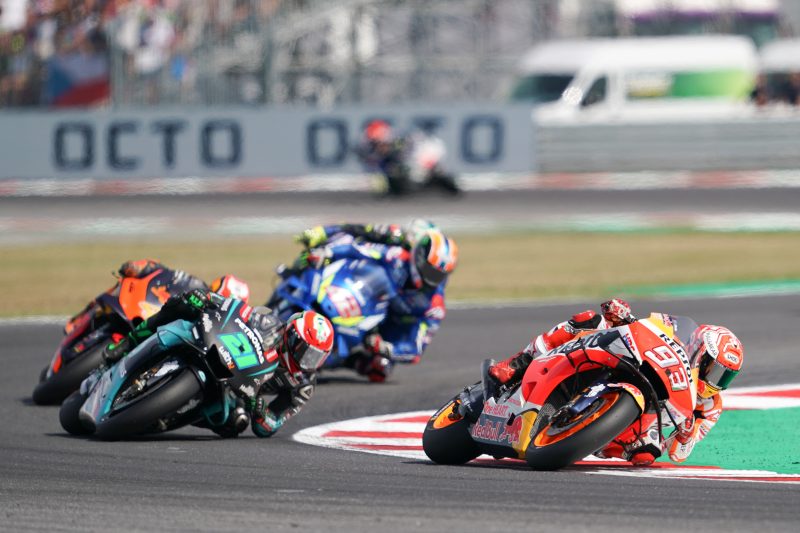