On October 4, 5 and 6, the Thai Grand Prix took place at the Buriram circuit.

The track activity started on Friday with free practice. Marc Márquez started being the fastest and placing himself in first position with a slight advantage over his rivals. About to finish the FP1, Márquez suffered a spectacular fall that forced him to go to the hospital to rule out injuries. A while later, the Catalan rider returned to the track for FP2 finishing the day satisfied.

Jorge Lorenzo remained constant during FP1 by finishing the 18th session and although he could not improve what he expected during FP2, he cut almost a second.

On Saturday the rain forced to delay the first workouts of the day. After the storm, the pilots went on track and improved their lap times. In the last minutes of Q2 Márquez suffered a fall without consequences that placed him in the third grid position, behind Quartararo and Vinyales. Lorenzo would start the race in 19th place.

In Sunday's race, Márquez had before him the first opportunity to seal his eighth championship. After the traffic light went out, Márquez won a position and quickly started chasing Fabio Quartararo, who was in first place. Marc waited for the final laps to attack Quartararo with some overtaking between the two riders but it was not until the last corner where Márquez made the final attack achieving a glorious victory that assured him of his sixth Moto GP championship.

With 325 points, nine wins, 14 podiums, nine poles and 10 fastest laps – Marc Marquez becomes the MotoGP World Champion alongside the Repsol Honda Team for the sixth time and takes the eighth World Championship of his career. The victory is also Honda’s 150th in the MotoGP class – an achievement no other manufacturer has been able to match.

Jorge Lorenzo suffered a difficult race, unable to improve his feeling in the hotter conditions. Ultimately crossing the line in 18th, Lorenzo is looking ahead to the next race in Japan where he hopes to improve his current feeling and results. 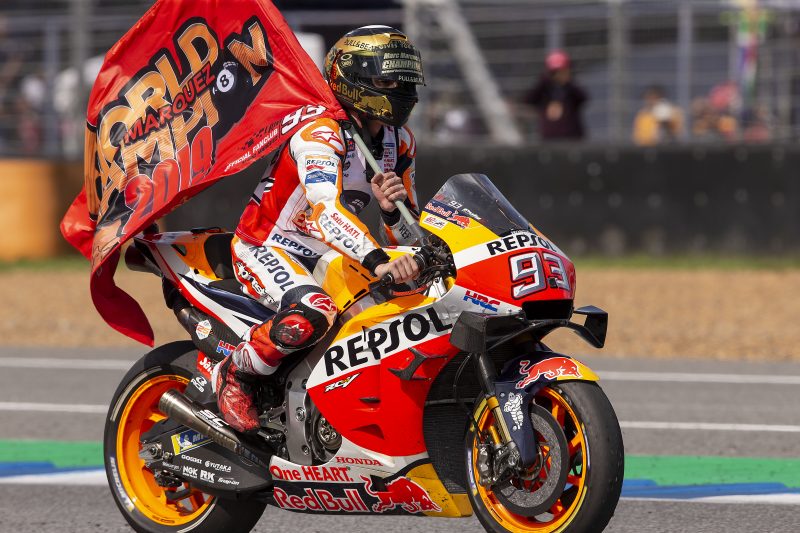 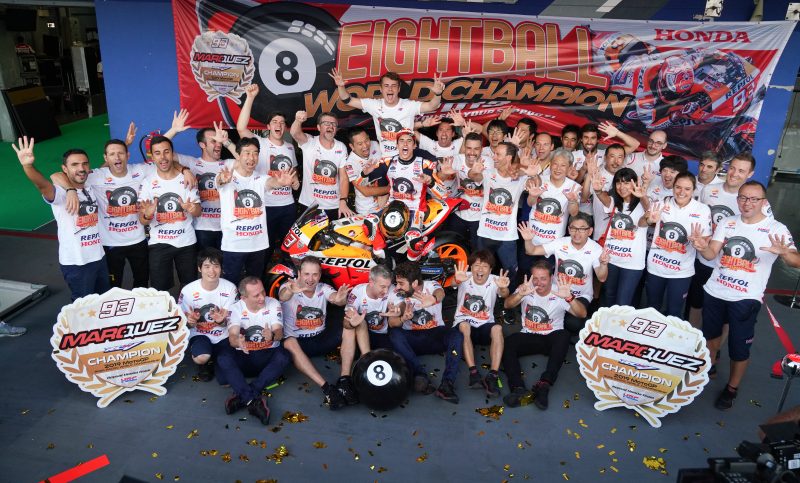 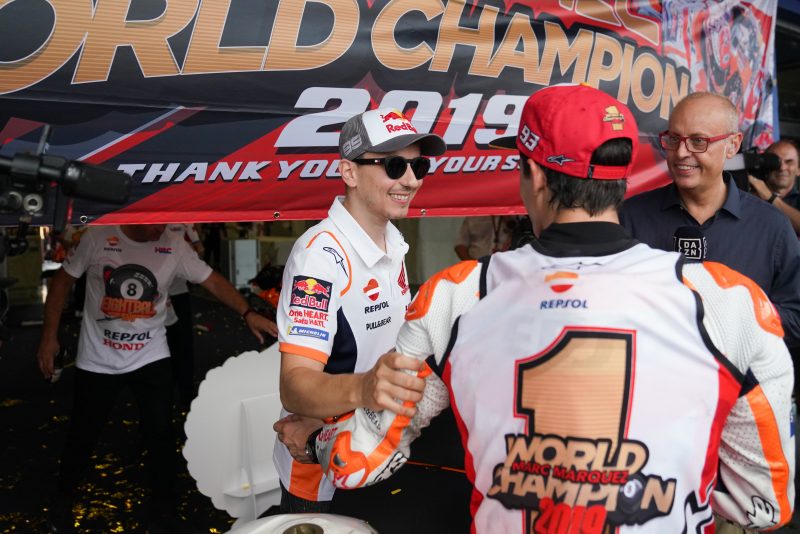