Effort always pays off and Alex Marquez has done nothing else throughout the championship. Little by little, as he puts it, he has progressed “in a professional and correct way” until he achieved his first dry podium this weekend, in the first round of the Moto GP Aragon Grand Prix. His second position in France, last weekend, already gave us to understand the great moment that the rookie of the Repsol Honda Team was going through, but the one from Cervera was not satisfied. "It was a result on water," he said after getting on the podium. Well, he finally got his well-deserved trophy without rain and did so after a sensational comeback. His teammate, Stefan Bradl, crossed the line in 17th position.

The training sessions were a prelude to what was to come. The cold marked the weekend at the MotorLand Aragón circuit, with the constant swaying of tire changes. The tires have been the key for Alex Marquez who, due to his finesse on top of the RC213V, kept control at all times. The youngest of the dynasty felt comfortable from the first moment and from his team they asked him to continue like this, not to change anything about what he did during qualifying. Of course, he needed a confidence boost to recover, since he started from eleventh position. His partner, and substitute for his brother Marc during his recovery, started from the twenty-first position.

The one from Cervera was strong, he felt himself on the bike. Fortunately, the crazy race benefited him and he managed to keep things as he did during the first days of the weekend. Taking advantage of the duels in the first positions, Alex came back in the first laps. He himself explained that he felt especially strong in the first and last corners of the Aragonese track, so he let himself carried away until he placed in the top 5. With the cold mind that characterizes him, the two-time champion (of Moto3 and Moto2) was scratching seconds until put yourself in the fight for victory.

Battles have these things and, just as he was trying to snatch the first position from Joan Mir, he had a scare with the rear tire. “I saw myself winning, but I was pushing my limits, waiting for Mir to make a mistake,” he commented at the end. The temperature rose and it was coherent to handle the bike, which he achieved despite how difficult the RC213V is. Finally, he crossed the finish line in second position and as the young rider said: “A dry podium is worth more”. "Yes now. Now, yes. That does not mean that we are second every weekend, but it is an important point for us, to trust and be more regularly in the top 8”. As a curious fact, that of Cervera ended up with the boots completely torn on the outside and it is that he does not like to release material because he is very superstitious.

This position shows the good decision of the team, but Marquez never doubted his worth. "I know where I come from, but I had to show why and after trying, being professional and correct, I have done my job and little by little we have arrived," commented the little one from Cervera. It will be his turn to stay for the next test and Gran Prix at the Aragon circuit it will take place next weekend, October 24 to 25.

Corsi finishes in the top 10

The MV Agusta Forward Racing team has signed one of its best GPs in Aragon. The qualifying day, held in the afternoon and with a higher temperature, allowed Simone Corsi to slip into Q2. The Fiamme Oro standard-bearer started on the sixth row of the grid, but his great memories on the track gave him confidence and a lot of motivation during the race. A force that he has used to cross the finish line in tenth position, adding six points for the general classification. His teammate, Stefano Manzi, started in the eighth row and climbed up to fourteenth position. A result that is worth to add two more points to the locker in a most rugged race. The Forward Racing Team riders will also be racing again, this time after the Moto GP test, next weekend. 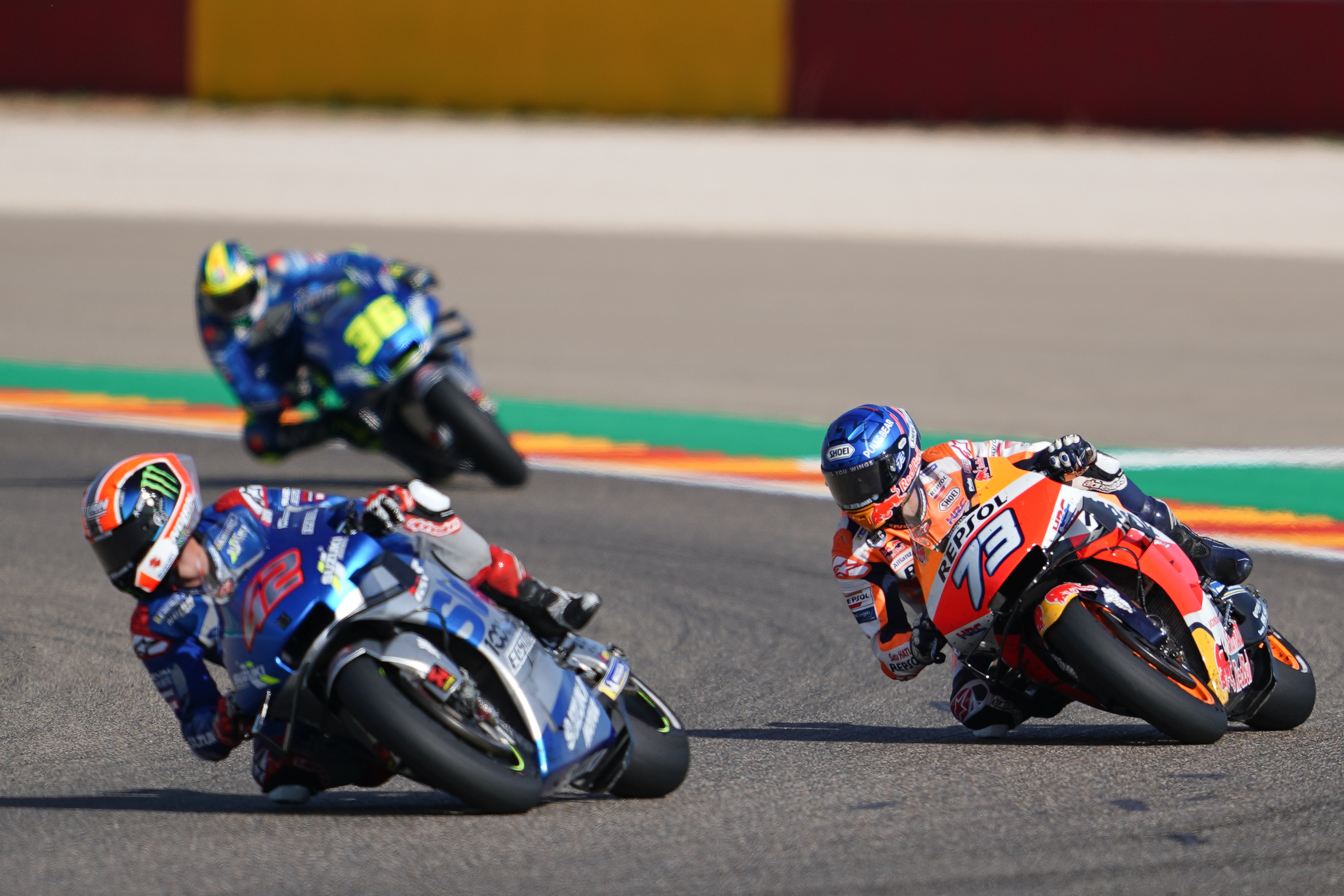 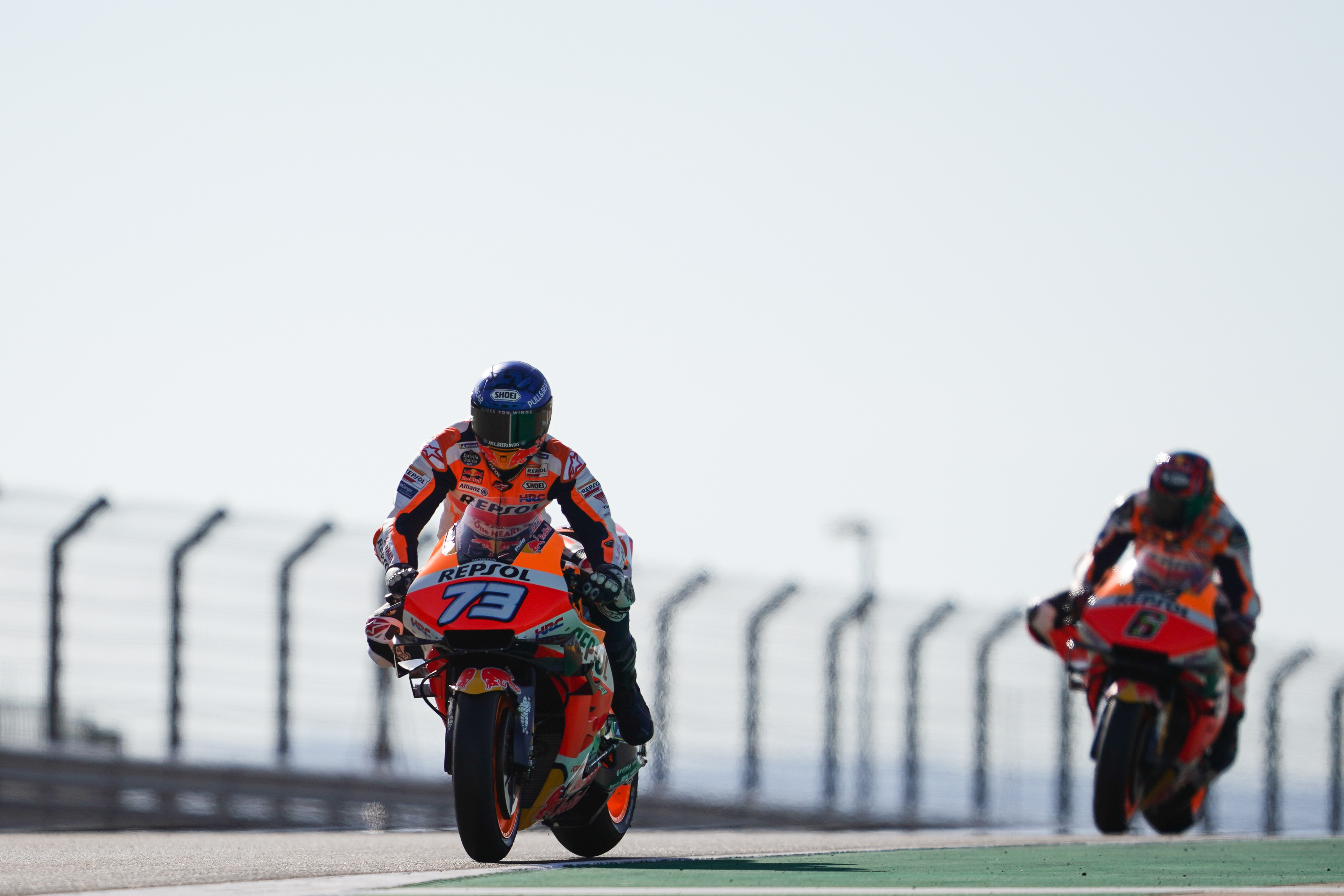