Márquez fights for the podium and Lorenzo adds more points

On June 31, 1 and 2, the Grand Prix Italia Oakley was held at the Autodromo Internazionale del Mugello.

During Friday's free practice session, less than half a second divided the top nine.

Márquez set the pace from FP1. He improved up to half a second in FP2 and finished the day as the sixth fastest driver. Lorenzo was less than a second behind his teammate in FP1. In the FP2 he stayed and improved his time on the Italian track even so, he concluded the 20th. The Mallorcan driver was concerned about keeping soft tires for Saturday.

On Saturday Marquez returned to mark the best time getting the fourth pole of the season while his partner Lorenzo finished 17th ready for his comeback.

Marc Márquez finished 3rd in FP3 and FP4. He worked to get the best time and secure the position by setting a new record at the Mugello Circuit.

The tire savings of Jorge Lorenzo benefited him in the FP3 and FP4, improved by one second and ranked 12th. Unfortunately, during the qualifying practice he could not improve his free time.

On Sunday the hot conditions were intense with a track at almost 50ºC. The reigning world champion faced Petrucci, Dovizioso and rins for much of the race. Even so, everything was decided on the last lap. Petrucci opened a small gap that Márquez could not reach and finished in second place at 0.043 of the first classified. His teammate Lorenzo went strong placing 15th in the first round and during the race he continued advancing positions and avoiding problems getting the 13th place.

In this way, Jorge Lorenzo adds more points to the championship while Marc Márquez increases his advantage to 12 points compared to the second classified, Andrea Dovizioso. Honda also increases its lead by 6 points over Ducati in the Constructors' Championship.

The riders of the championship will be able to rest a week until the next appointment that will take place from the 14th to the 16th of June at the Circuit de Barcelona-Catalunya. 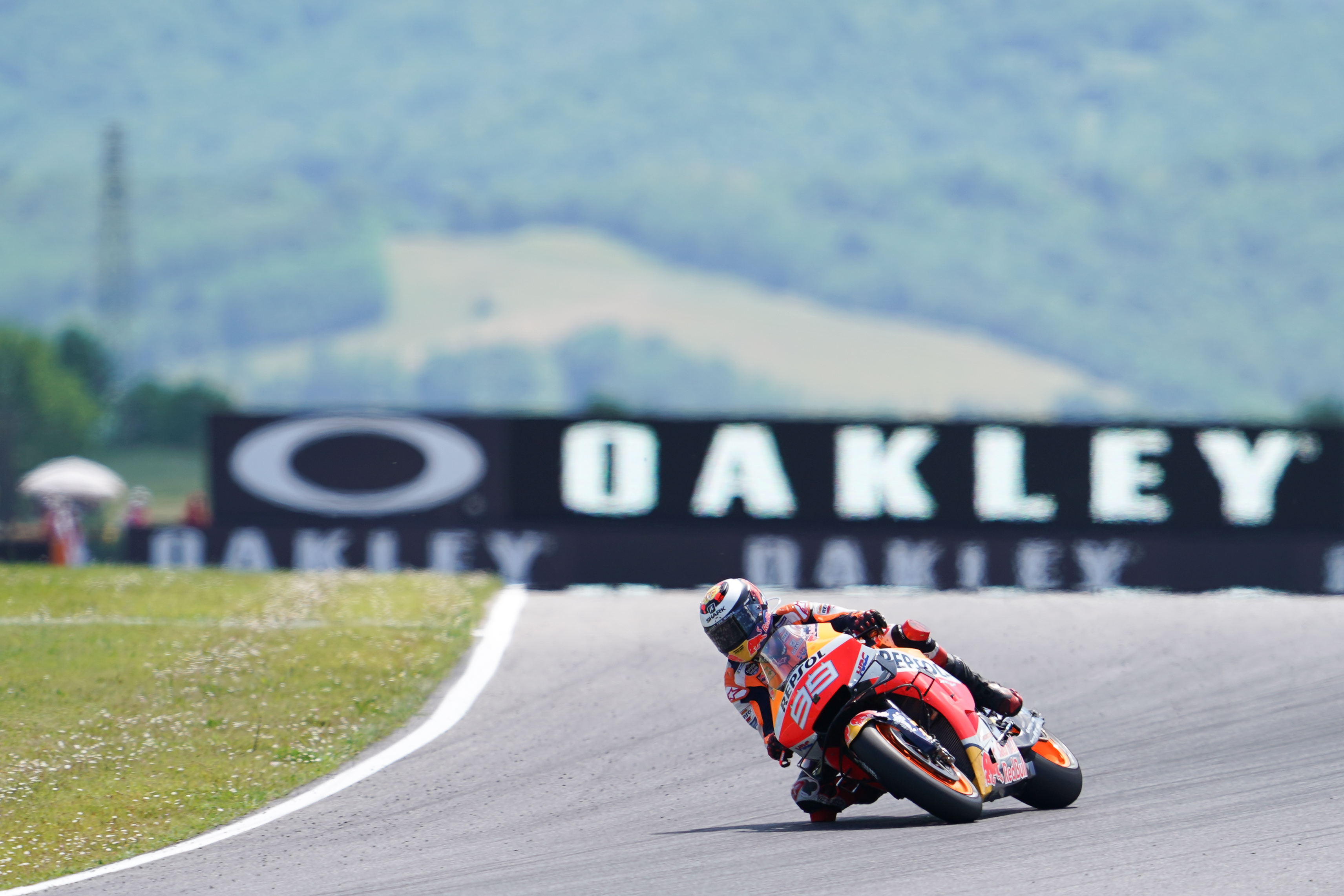