A weekend to forget in Montmeló

Pol Espargaró finishes 17th, while Stefan Bradl, who replaces Marc Márquez, fails to finish the race at the Barcelona-Catalunya racetrack.

With the news of Marc Márquez's fourth surgery, the Repsol Honda Team arrived at the Circuit de Barcelona-Catalunya excited and ready to give it their all in a new weekend full of emotions. The track received the riders of the MotoGP championship under an oppressive sun, which accompanied them throughout the day. Thus, the 4.2 kilometers of the Barcelona racetrack became a physical challenge for all the riders on the grid.

Pol Espargaró delighted the crowd with an impressive start, running in the top five throughout Free Practice 1. The local hero, born and raised just a few kilometers from the circuit, was quickly able to match the pace of the frontrunners. The afternoon session was a bit more difficult for #44. Even bettering his best lap by half a second, he couldn't defend his position in the top ten.

On the other side of the Repsol Honda Team garage, it was a day of adaptation for Stefan Bradl on his return to the championship, replacing Marc Márquez. A small crash at turn 5 during Free Practice 2 altered his pace a bit, but luckily the German came out of the crash unscathed. Ultimately, he finished the day in 23rd place overall.

The sun was once again the main character on Saturday in Montmeló. Saturday's first session went well for Pol, who was able to finish the morning in the top ten for a place in Q2. The victim of an accident at Turn 5 midway through Free Practice 3, Espargaró was on his feet immediately. His best lap time of 1'39.246 would come after the crash, proving once again his never-give-up attitude. The conditions he encountered in Q2 did not help the Granollers rider improve his overall time, missing the mark by just 0.2 seconds. Finally, then, he stayed with the tenth place on the grid for Sunday.

Bradl continued with his adaptation throughout the day. Able to consistently improve his lap times in each session, he set the 11th fastest time in Q1. Thus, the German stood in 21st place for the 24-lap race on Sunday.

Sunday was no less, and the sun and heat continued to impact the asphalt of the Circuit de Barcelona-Catalunya. Pol Espargaró started the race fighting to stay within the leading group, finishing no less than fourth place. However, after the first few laps, Espargaró's race turned into a nightmare and he steadily started to lose positions. Crossing the finish line in 17th place, the #44 expressed that he suffered from a noticeable lack of grip from the day before throughout the race. Both Michelin and Honda will investigate the problem for future occasions.

Stefan Bradl's career ended early, despite a good start. The German crashed at turn 10 on the first lap. Fortunately, he was not seriously injured.

Both riders will have the opportunity to continue working on the evolution of the Honda RC213V on Monday, to improve their times for the next GP, which will take place on Sunday June 19 at the Sachsenringc racetrack, Germany. 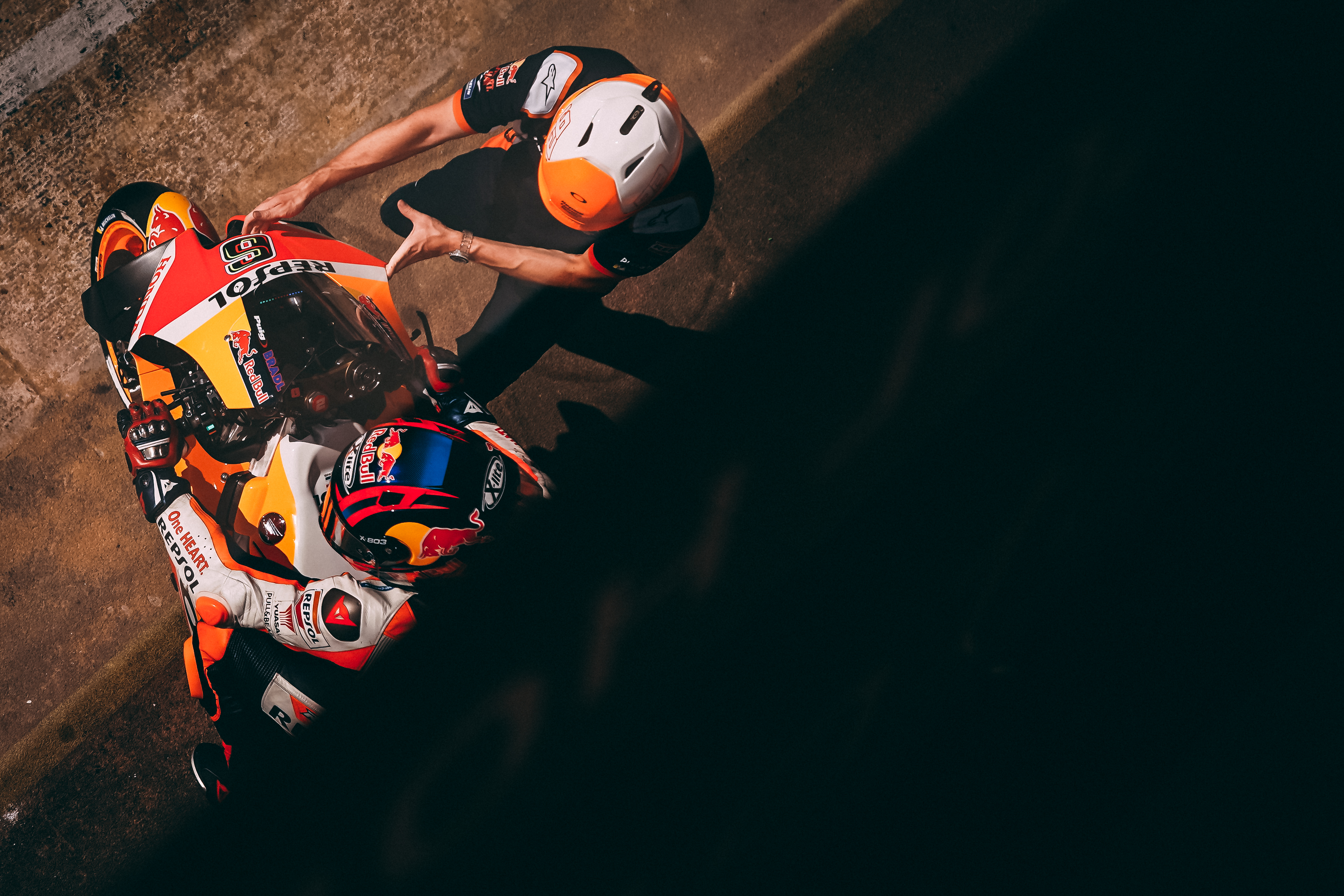 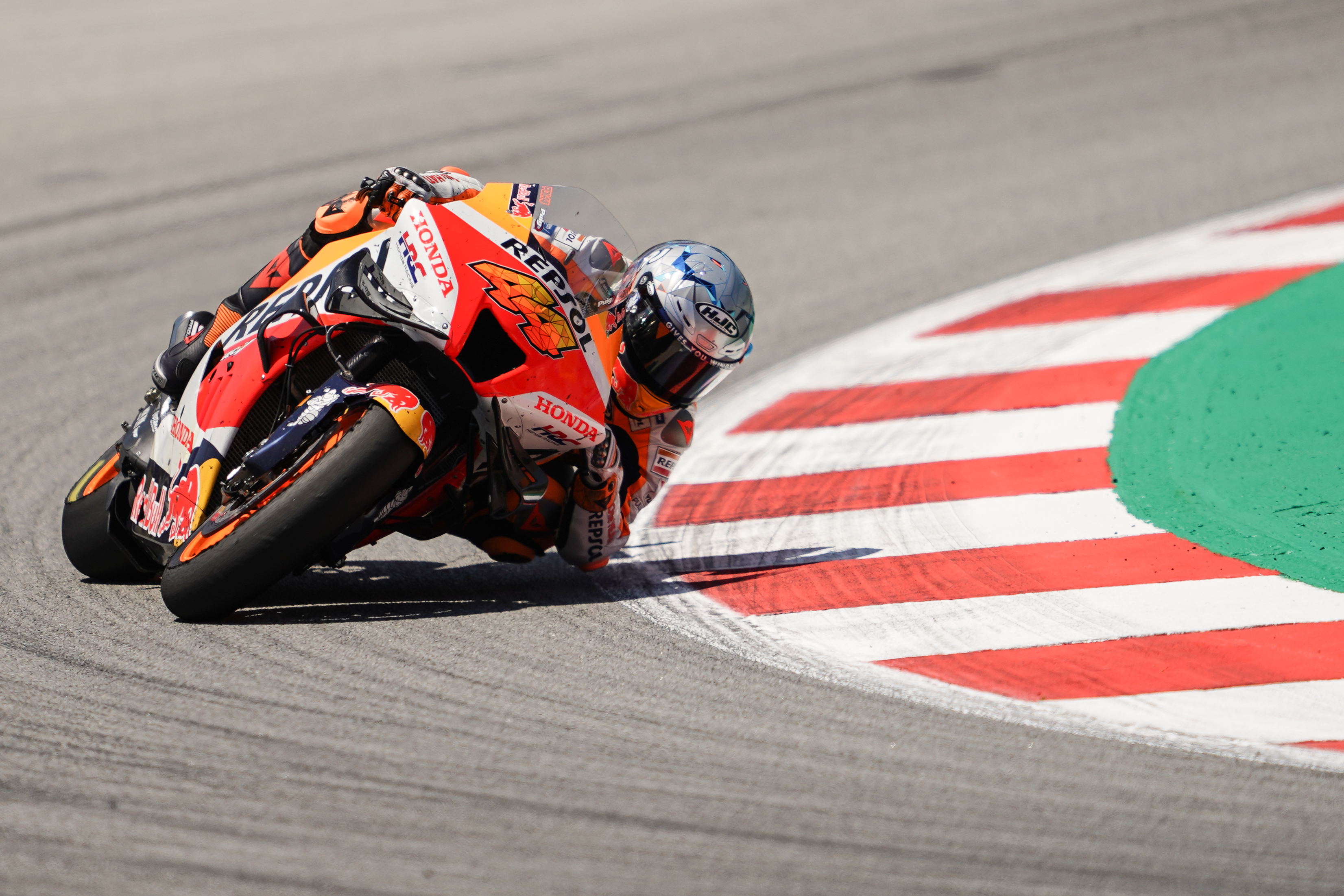 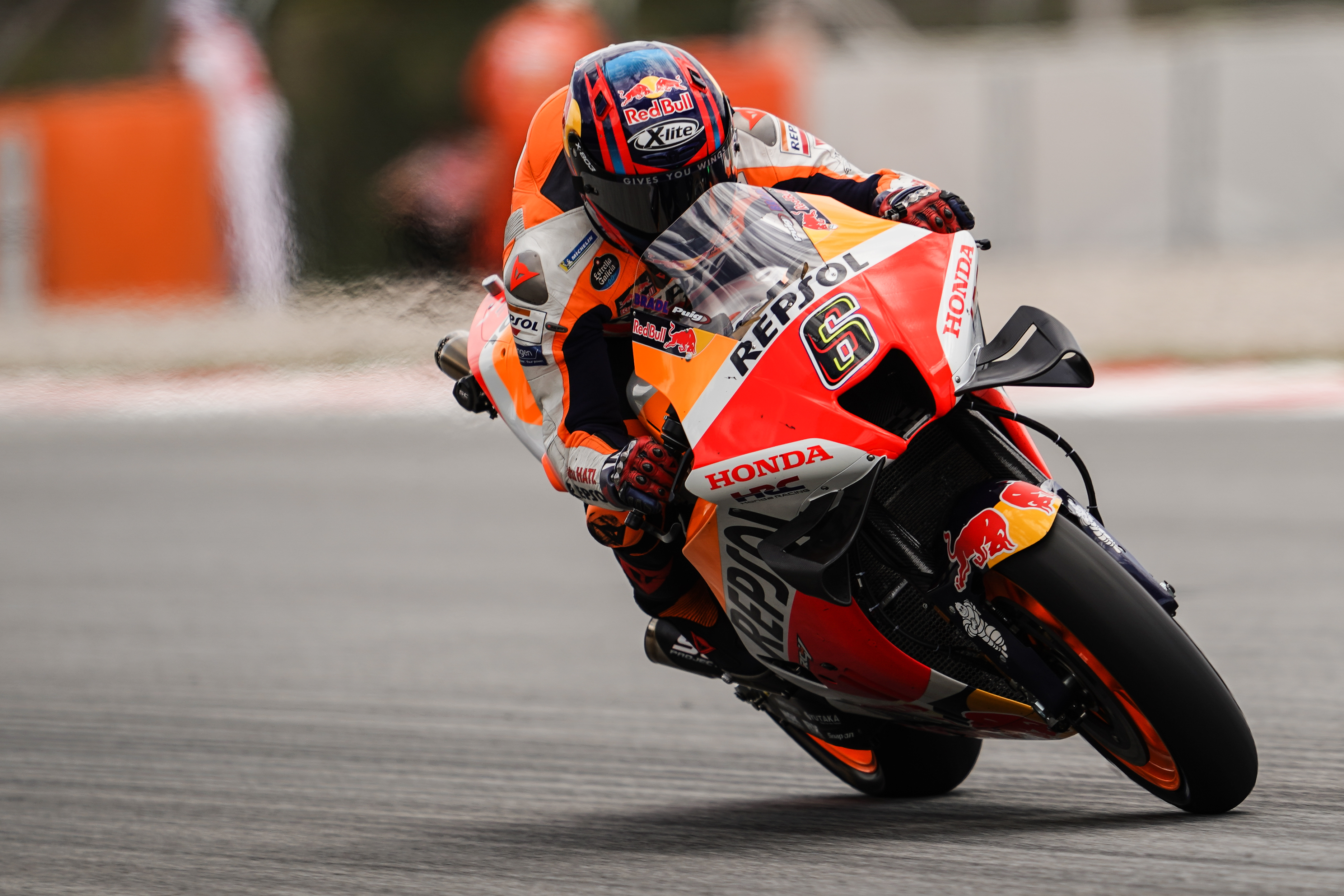