New podium for Rea in Jerez

Jonathan Rea clinches second place at Jerez for his 24th podium of the season, while Lowes manages to finish ninth after riding with a broken right hand.

When the riders arrived at the Jerez-Ángel Nieto circuit, the heat fell on the asphalt, although the sky was cloudy on the first day of action of the weekend. Jonathan Rea started the day pushing to set a fastest lap time of 1'39.670, finishing 0.399 seconds ahead of runner-up Michael Ruben Rinaldi on Friday.

In addition, the Northern Irishman set his personal best time during FP2, as did most of the other riders, as the maximum temperatures on the track barely exceeded 30 ° C.

Alex Lowes, for his part, started the weekend without being very clear about how his hand injury was going to affect him this weekend in Jerez. However, despite the pain from his broken hand, Lowes put in a lot of effort in FP1 and FP2 to finally finish seventh. His best lap time of 1'40.352 was only 0.381 seconds behind his teammate.

After the suspension of the day on Saturday due to the serious accident and death of Dean Berta Viñales, to the condolences of which we join sending all our encouragement and support to his family, friends and team, Sunday began under a bright sun while the Championship The entire WorldSBK group kept a minute's silence in memory of Viñales.

Restarting racing on Sunday under a new schedule, the decision was made to replace the ten-lap Tissot Superpole road with a twenty-lap first race. Sunday's action would be completed with race two, also with twenty laps, and starting this time at 14:00.

In qualifying on Saturday, Alex had been within a few milliseconds of taking his first pole position as a Kawasaki rider, but he eventually lined up second, one place ahead of Jonathan in the front row.

During race one, Rea and Championship leader Toprak Razgatlioglu fought a long battle for first place. The Kawasaki rider stayed in the lead for no less than thirteen laps, until Razgatlioglu passed Jonathan, finally beating him by 1,225 seconds.

Lowes could not contain the attacks of other riders drivers when braking, but he knew how to make the most of his situation to finish ninth in the first race. After much thought, he decided to miss race two to focus on recovering him just before the next race.

Rea did hit the track for the second, and he struggled up front again, although without the rear grip he needed. He was forced to give up positions and stayed in sixth place for several laps before finishing moving up one position to finish fifth.

After this weekend in Jerez, Jonathan Rea remains second in the general classification of the championship with 429 points, while Razgatlioglu continues to lead with 449 points. Alex is sixth, with 199 points scored so far.

Next week the riders will head to the Autódromo Internacional do Algarve in Portimão, Portugal, to run the 11th round of the season from October 1-3.

For Ana Carrasco, this has also been a tough weekend, after Dean Berta Viñales tragically lost her life in the first race of WorldSSP300. All the races of the day were canceled, and when Carrasco took to the track again on Sunday to race she found a problem in the engine of her Ninja 400, which limited her power delivery and did not allow him to gain more positions until end of career. Now, the team of the Murcian rider will try to solve the technical problem of her Kawasaki for next week, when the last race of the season in the World SSP300 category will be held in Portimão. 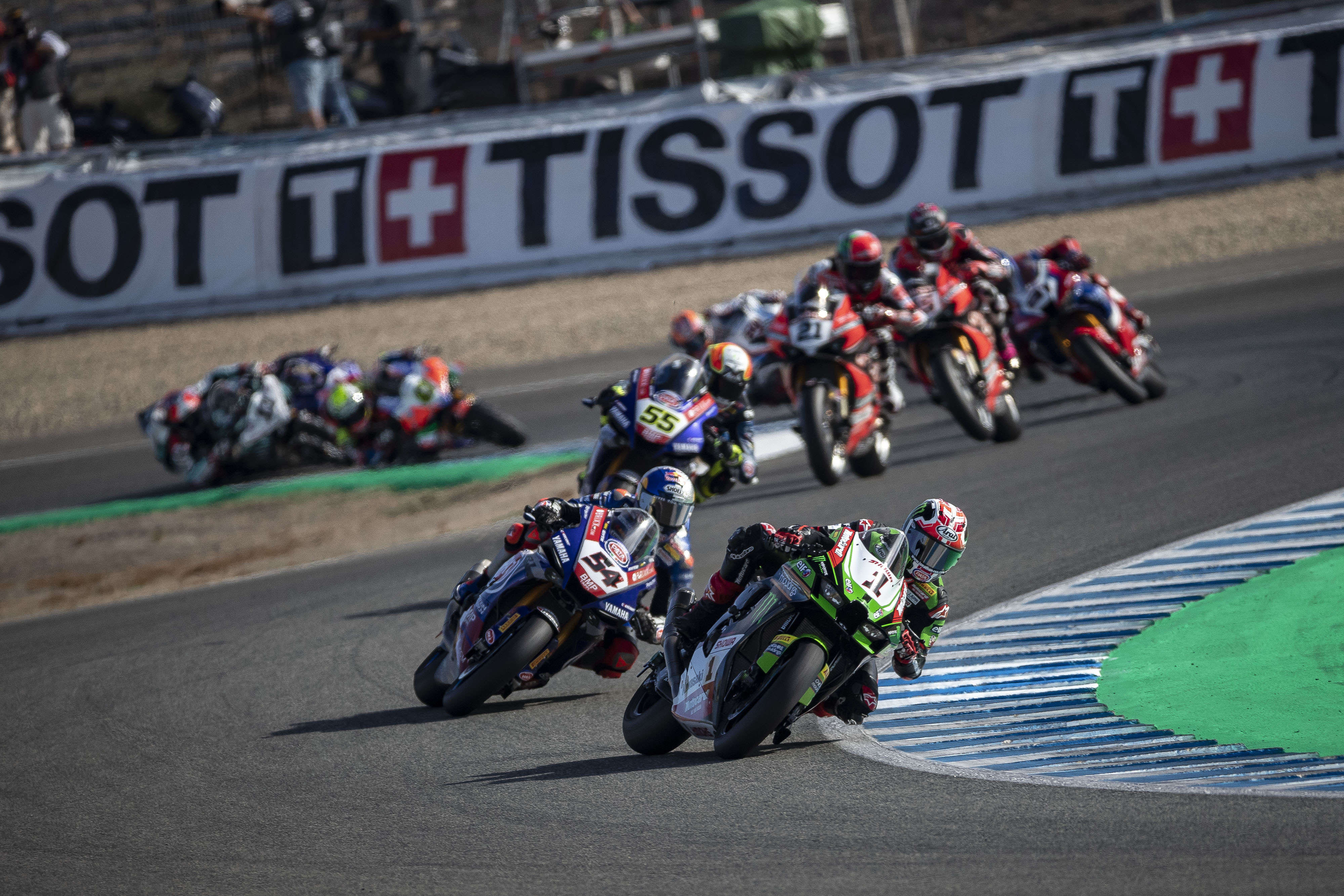 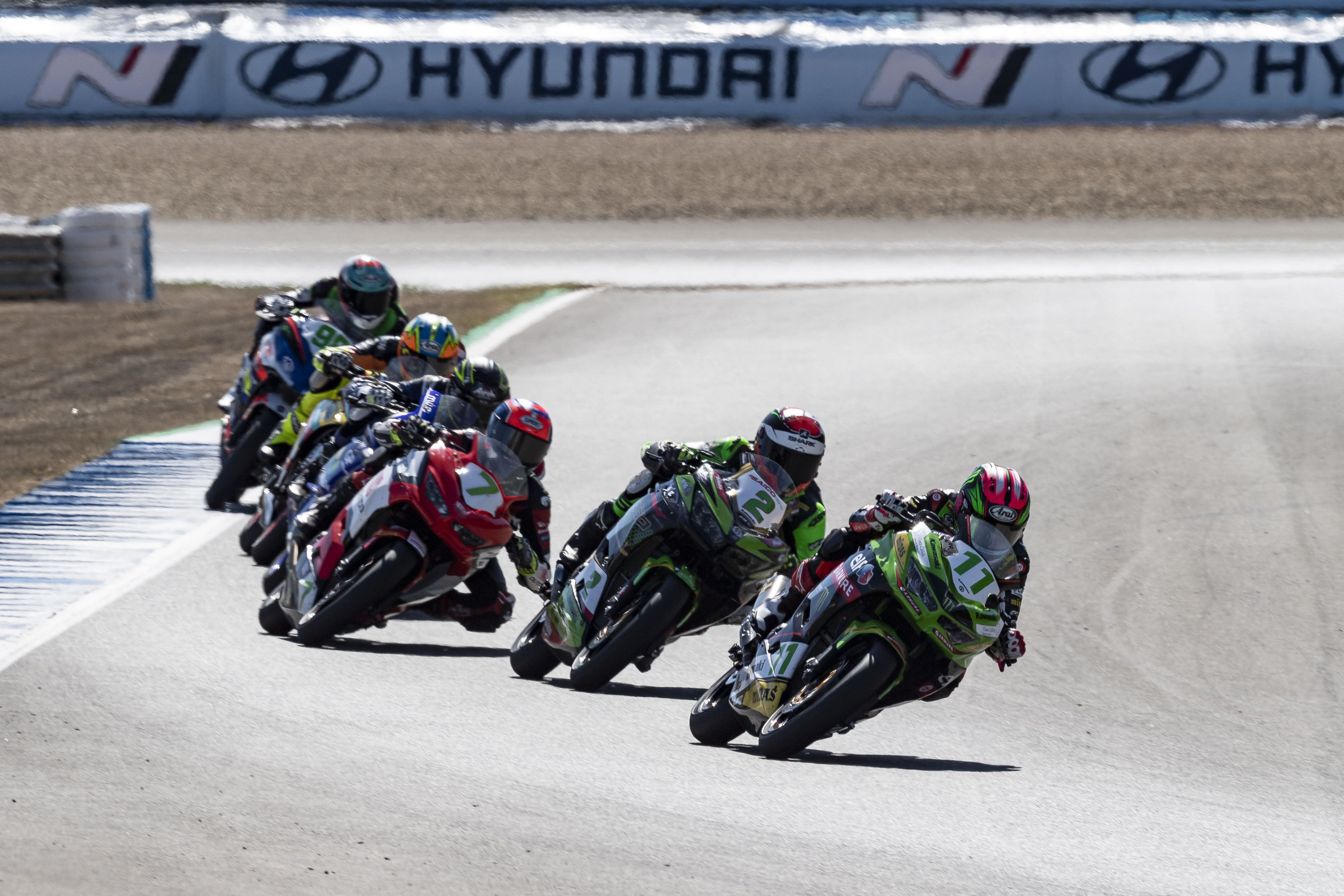 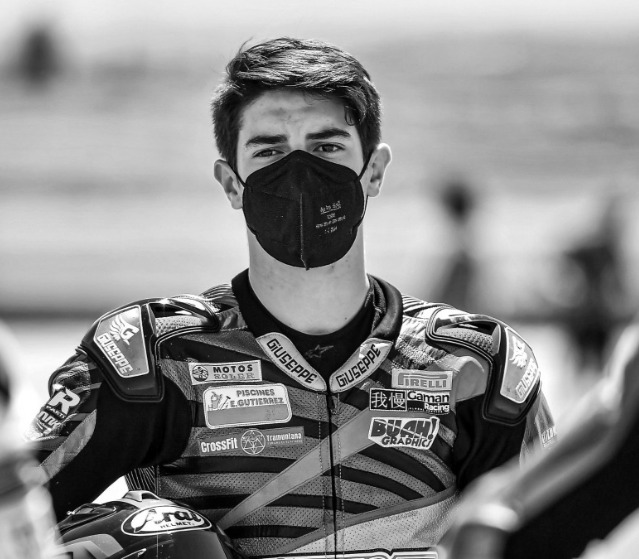