Márquez without points in Valencia

The Repsol Honda team rookie suffered a crash on Sunday while he was struggeling to continue his comeback. Stefan Bradl finished twelfth in Valencia.

The Circuit Ricardo Tormo hosted, this weekend, the European Grand Prix. Despite the enormous progression of Álex Márquez, the little one from Cervera suffered a fall on Sunday that prevented him from adding points to the overall standings. His teammate, Stefan Bradl, crossed the finish line twelfth on a day marked by the tires and the changing situation on the track.

Rain was the protagonist of the training and qualifying during the European Grand Prix, held in Cheste (Valencia). Both Repsol Honda team riders failed to advance to Q2, so they started from the last rows of the grid. Álex Márquez, who is in the middle of a duel to be the best rookie of the season, had to start from fourteenth position. Bradl, for his part, will continue to replace Cervera's older brother, Marc, until he recovers permanently. The German was also uncomfortable with the rain and took the thirteenth place, just behind the young Marquez.

The situation changed completely on Sunday, catching unprepared and unable to dry-train any team. Both in the lower and higher categories, this detail led to dozens of falls and many surprises in the result. Michelin tried to get their recommendations right and almost all the riders mounted the same tires and it seems that this was not Álex Márquez's problem. The Repsol Honda rookie found a good rhythm from the beginning, signing one of the comebacks that we have seen from him so much this season. Halfway through the day, he was in the midst of the fight for seventh position and, as he himself says: “We were having a good race; I came out well and found a good pace in the top ten. I was comfortable and could progress. Unfortunately, when Dovizioso passed me I was already on the line of Turn 1 and, although I was braking at the same point, I was a little faster, so I crashed”.

Another crash for the Repsol Honda rider, who ends the first day in Valencia with a lesson and more motivation for next weekend. His teammate, Stefan Bradl, maintained an accurate and comfortable pace to finish in twelfth position. The German retained for the general classification, obtaining crucial points for him, but also for the team.

With two Grand Prixes to go, the Valencia GP and the Portuguese GP, Álex Márquez is fourteenth and Stefan Bradl occupies the sixteenth position. The little one from Cervera can win the award for best rookie of the year, something that would demonstrate his excellent progression and the job well done by the young Catalan rider.

The Ricardo Tormo's Circuit has been like a roller coaster for the MV Agusta Forward Racing Team. Both Stefano Manzi and Simone Corsi have not felt comfortable throughout qualifying and training. Both drivers started on Sunday from rows very far from the points. Manzi managed to adapt to the new dry track situation and set a suitable pace to finish fifteenth. His Roman partner, on the other hand, fell during the sixth lap after an excellent start. The team knows that these are not good results, but they have learned a lot ahead of the next GP of the Valencia Region, the weekend of November 13-15. 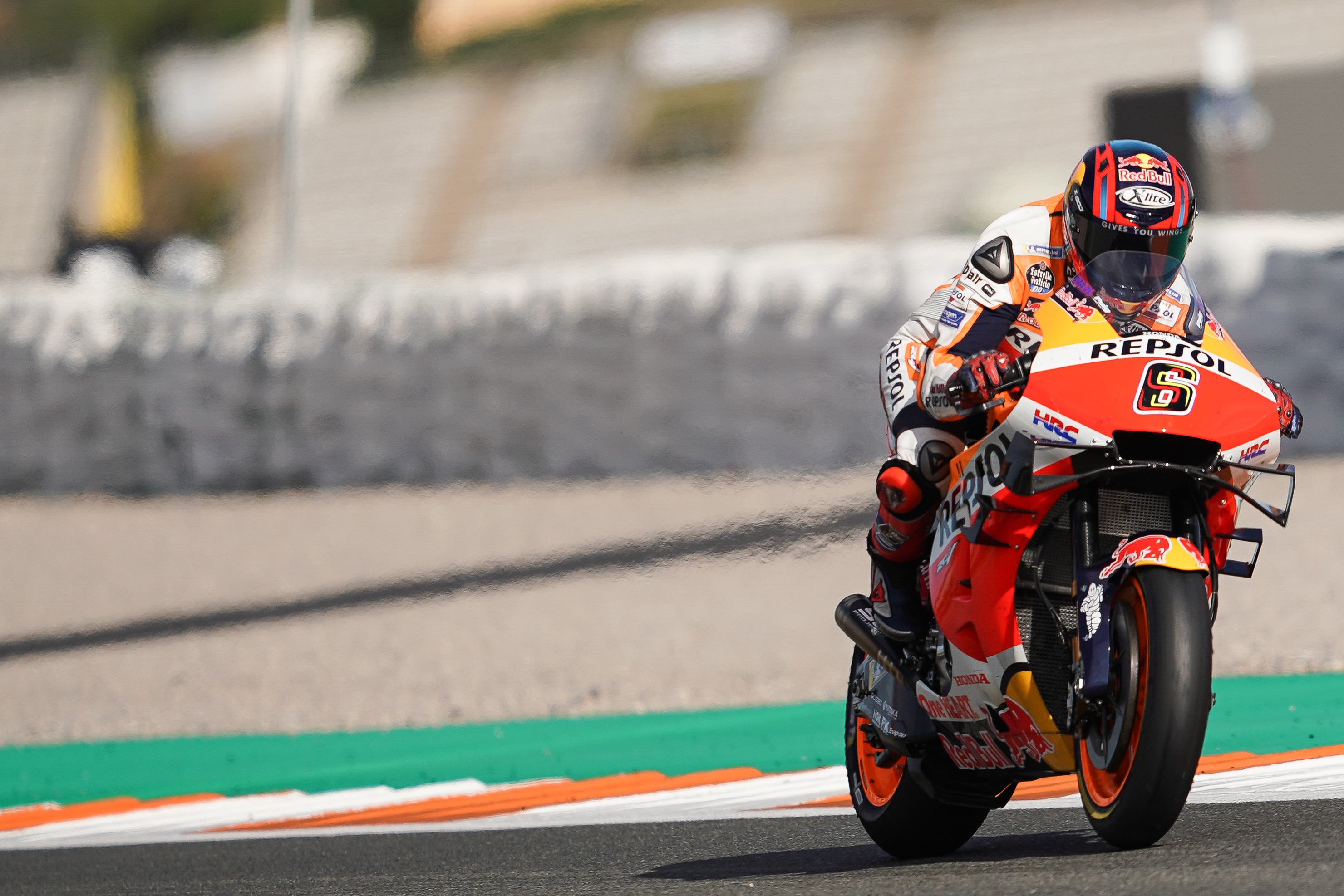 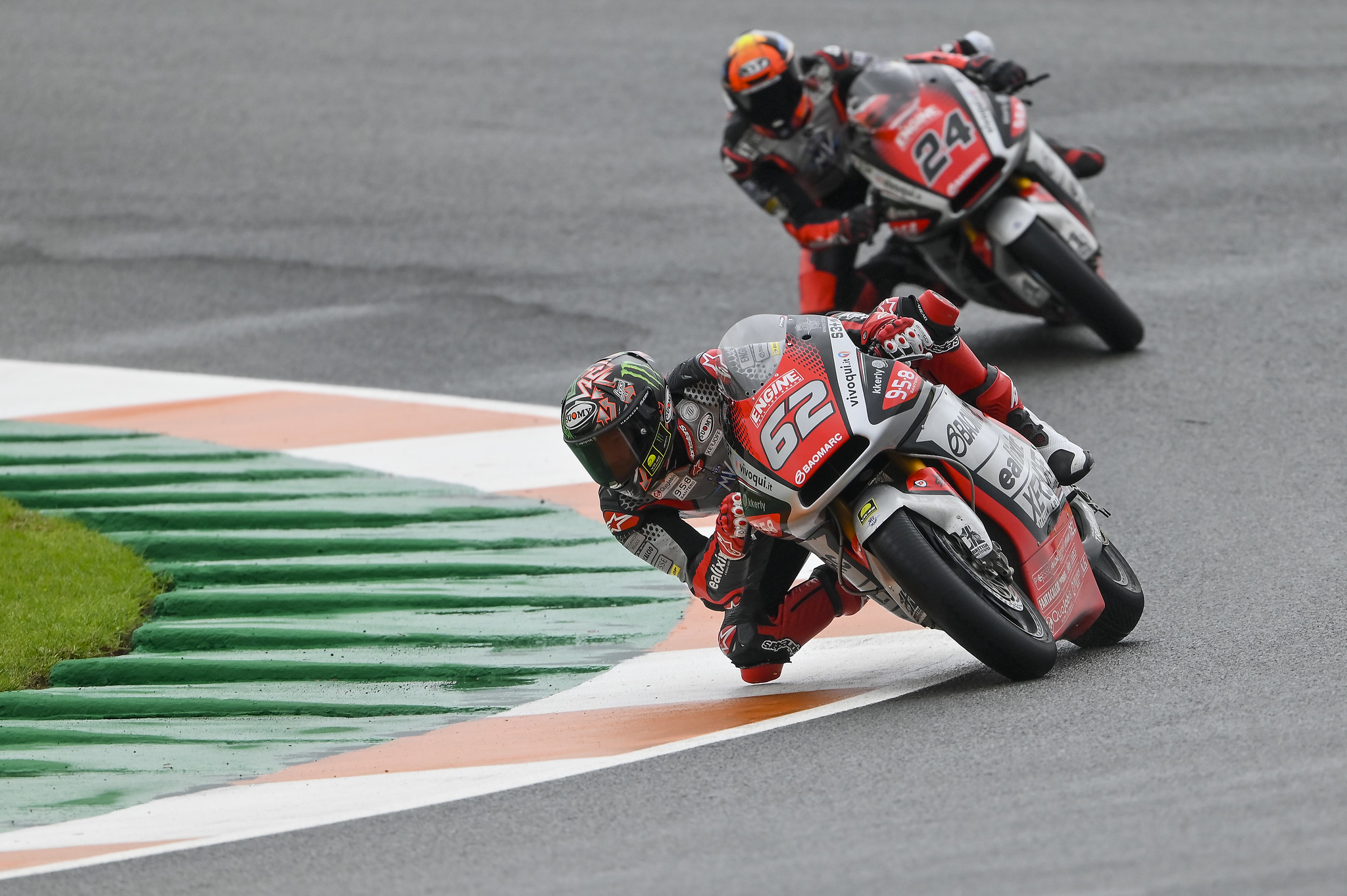