Álex Márquez stepped up to the MotoGP podium

The Repsol Honda rookie climbed to the second step of the podium in France, achieving his best Moto GP result and the first podium for the team. Bradl finished eighth.

France have been good for the Repsol Honda riders. This 2020 is a strange year, in every way, but the progression of Álex Márquez predicted a result like this one. The youngest of the Cervera brothers stepped up to, for the first time, the podium of the premier category at the last French Grand Prix. In addition, Stefan Bradl has also achieved his best result when crossing the finish line eighth. Water always leaves curious pictures and this Championship was not going to be different. The finesse and class with which Álex drives the RC213CV have been key to standing out on a day with little grip.

The cold has been the main protagonist of the French Grand Prix. Low temperatures have equaled the times at Le Mans and the Repsol Honda Team rookie has been firm since Friday. His progression at the controls of the RC213 CV has allowed him to sneak into the top 8 during FP3, but he ultimately qualified eighth in Q1. Stefan Bradl completed that same run in eleventh position, a few thousandths behind Alex. These results forced them to start in eighteenth and twenty-first place on the grid. Something that would not prevent them from showing their full potential the next day.

Sunday’s race was threatened by rain from early in the morning. The clouds respected the youngsters of Moto3 but it did not last long. The Moto GP motorbikes were already on the grid, they were racing before the Moto2 bikes in France, when it started to rain significantly on the legendary Le Mans track. Quickly the teams, who had already prepared the second bike with rain specifications, took the spare units out on the track. The chaos helped the Repsol Hondas and, at the first corner, both riders had recovered positions.

Soon the falls began, but both Álex and Bradl were firm on the bike and with hardly any scares derived from the lack of traction. With 11 laps to go, Márquez started his real comeback from fifth position. Fast lap after fast lap managed to hunt down the podium group, separated from the first by more than two seconds. In a display of control in the wet and patience, he was placed at the controls of said group to cross just over a second behind Petrucci, first classified. Stefan Bradl, who held the position almost from the start, crossed the finish line in eighth position. Two excellent results for the Repsol Honda team, which is back to the podium and to the top of the races after eight Grands Prix.

The celebration showed the joy of a team that has struggled a lot. As Álex Márquez explained at the end: “We lost some time fighting with Cal, Pol and Dovi but, apart from that, I think I had a good race and it was a great result for the Repsol Honda team. I want to thank you for always believing in me and working so hard. The team and I never give up. "

The motorbikes return home in the next round, a great moment to continue with a progression that we all saw and that, we knew, it would soon come out. The Motorland Aragón circuit will host a new round of races from October 16 to 18 and the following weekend, from October 23 to 25. Will we see Marc Márquez there?

Points for the Foward Racing Team

With the track still wet and hints of rain on the horizon, the Moto2 race began. The decision of the tires was key to the result and made the difference on the French track. The MV Agusta Foward Racing Team riders fought get into the points zone and to stay on the bike, a complicated mission due to the variable conditions of the Le Mans asphalt. Finally, Stefano Manzi crossed the checkered flag fourteenth, scoring two more points in the general standings. Simone Corsi was one thousandths away from taking the next position, but Hafizh Syahrin ended up being a tough rival. 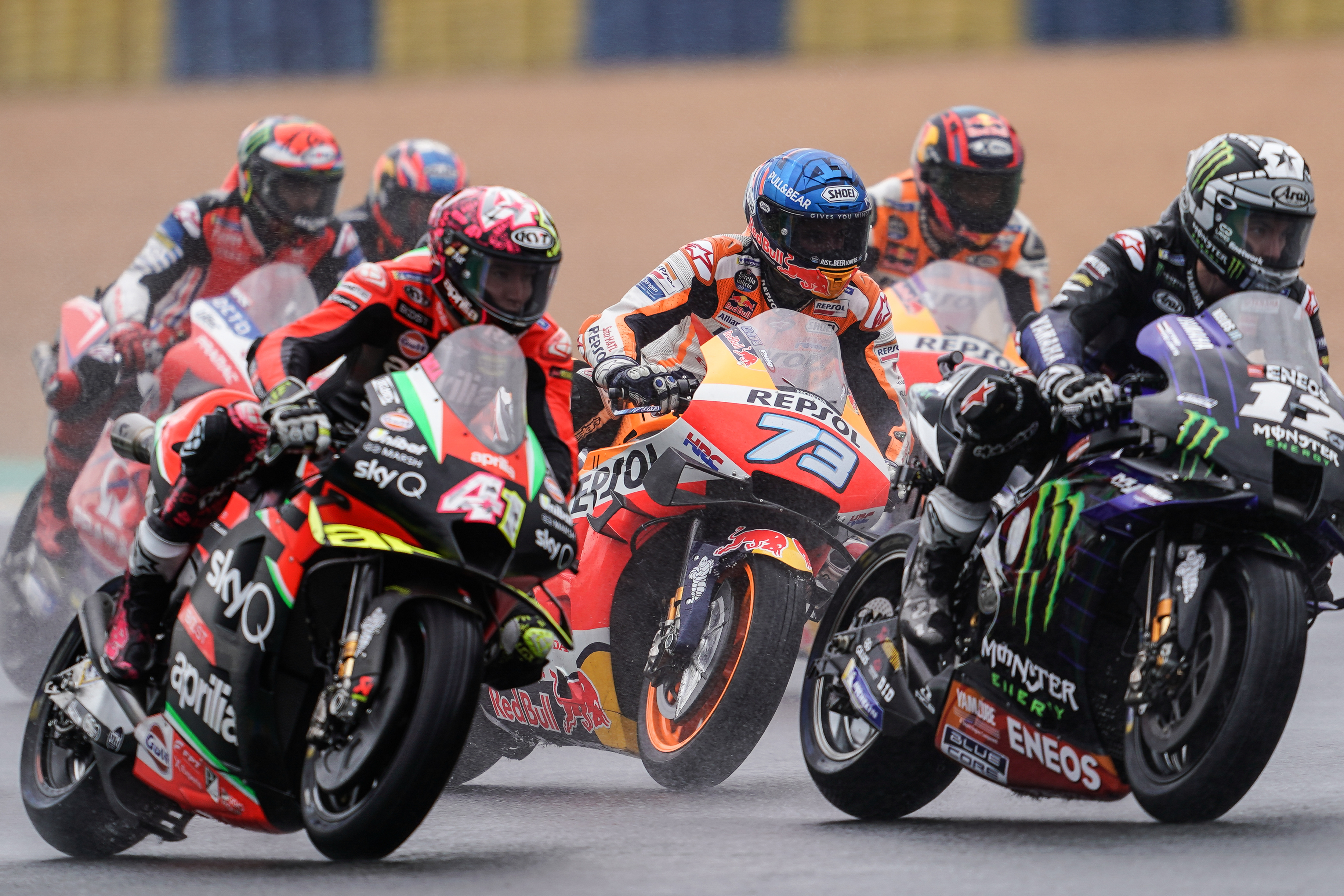 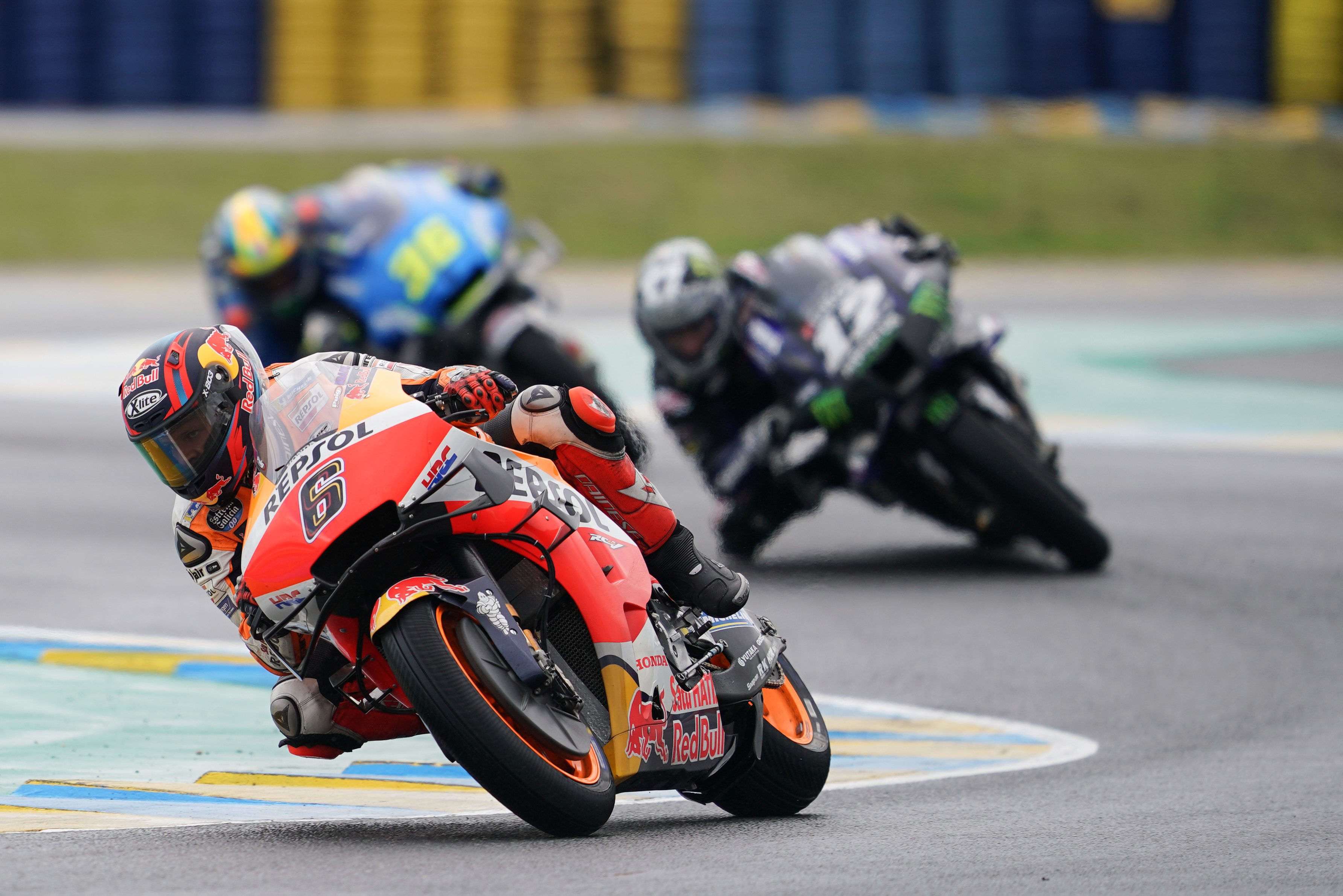