Last weekend the 10th Superbike championship took place at the French circuit of Magny Cours. All the lights were focused on Jonathan Rea, who had the first opportunity to proclaim himself champion.

The practice session on Friday went smoothly, with the KRT riders in the top positions, Jonathan Rea and Tom Sykes taking first and second places.

It was enough for Jonathan Rea to run the first race of the weekend to win the WorldSBK 2018 championship. His teammate Tom Sykes was in first place, but Rea managed to overtake him and at the pace of record he won the race proclaiming himself champion for the fourth time consecutive. In this way, it equals the record of the only driver who managed to win four WorldSBK championships, Troy Corser. At the end of the race, Jonathan Rea celebrated his fourth title simulating a poker game against three of his own "alter egos" dressed in overalls and helmets that represented each of the championships he has won in the WorldSBK.
On the other hand, Tom Sykes, recovered from his recent injury, managed to occupy the 2nd place all with hopes of winning the race on Sunday.

Jonathan Rea was not the only one to win a world title on Saturday, the driver Ana Carrasco won the WorldSSP300 title becoming the first woman to win a motorcycling championship.
After finishing the race and proclaiming herself champion, she dedicated her victory to the late Luis Salom, a very emotional gesture.

After knowing the champion of this season in the race on Saturday, Jonathan Rea also managed to win the race on Sunday getting a double in the French circuit. His teammate Tom Sykes came out from eighth position, climbed to the fifth position where he passed Marco Melandri in the last two laps ending in 4th position finally.

After a glorious weekend for Jonathan Rea and his team, he bids farewell to Magny Cours with 470 points in the championship, leaving Davies with 335, Mark van der Mark with 309 and Sykes with 273.
The next event will take place in the new Argentine circuit of El Vilicum, from October 12 to 14. 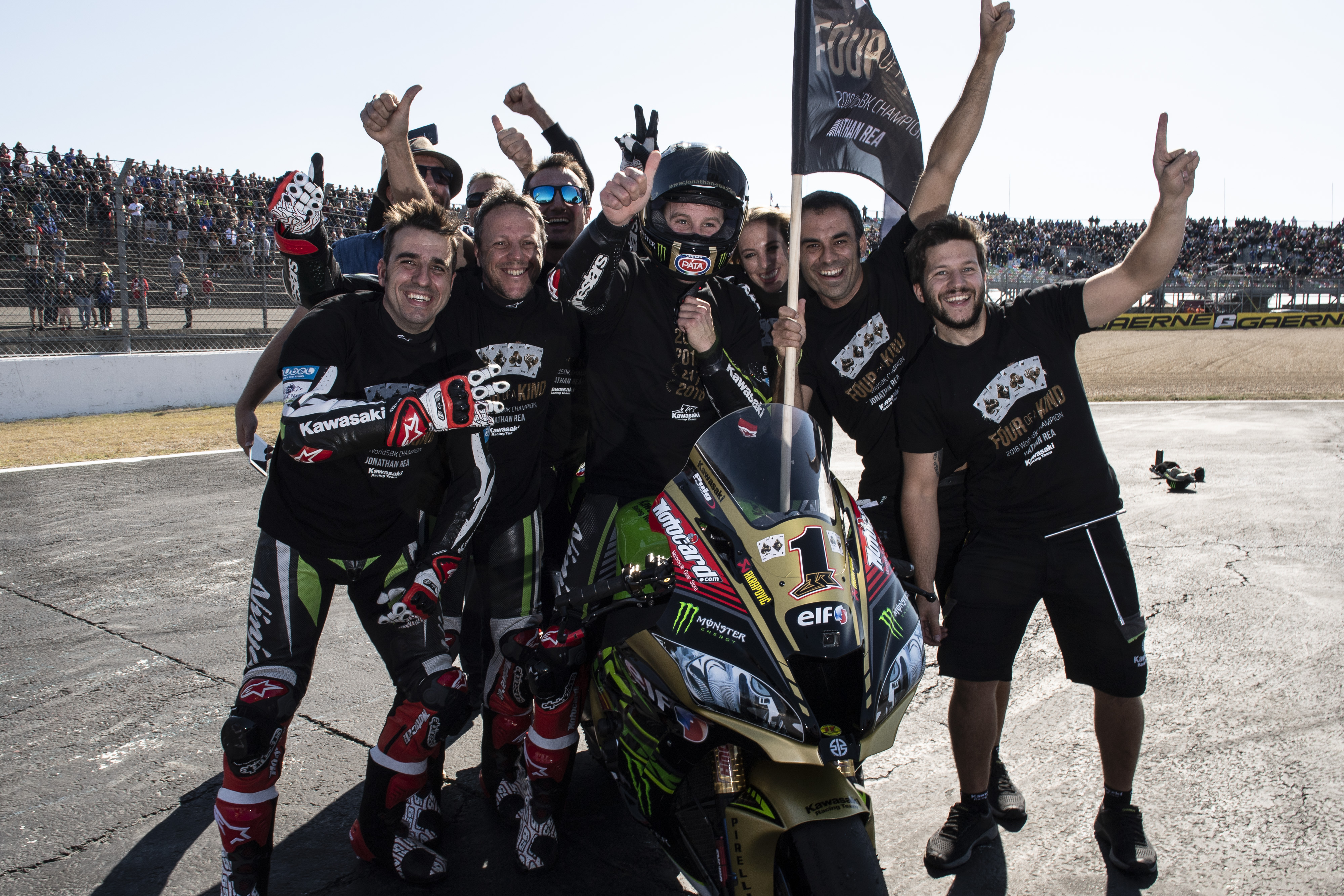 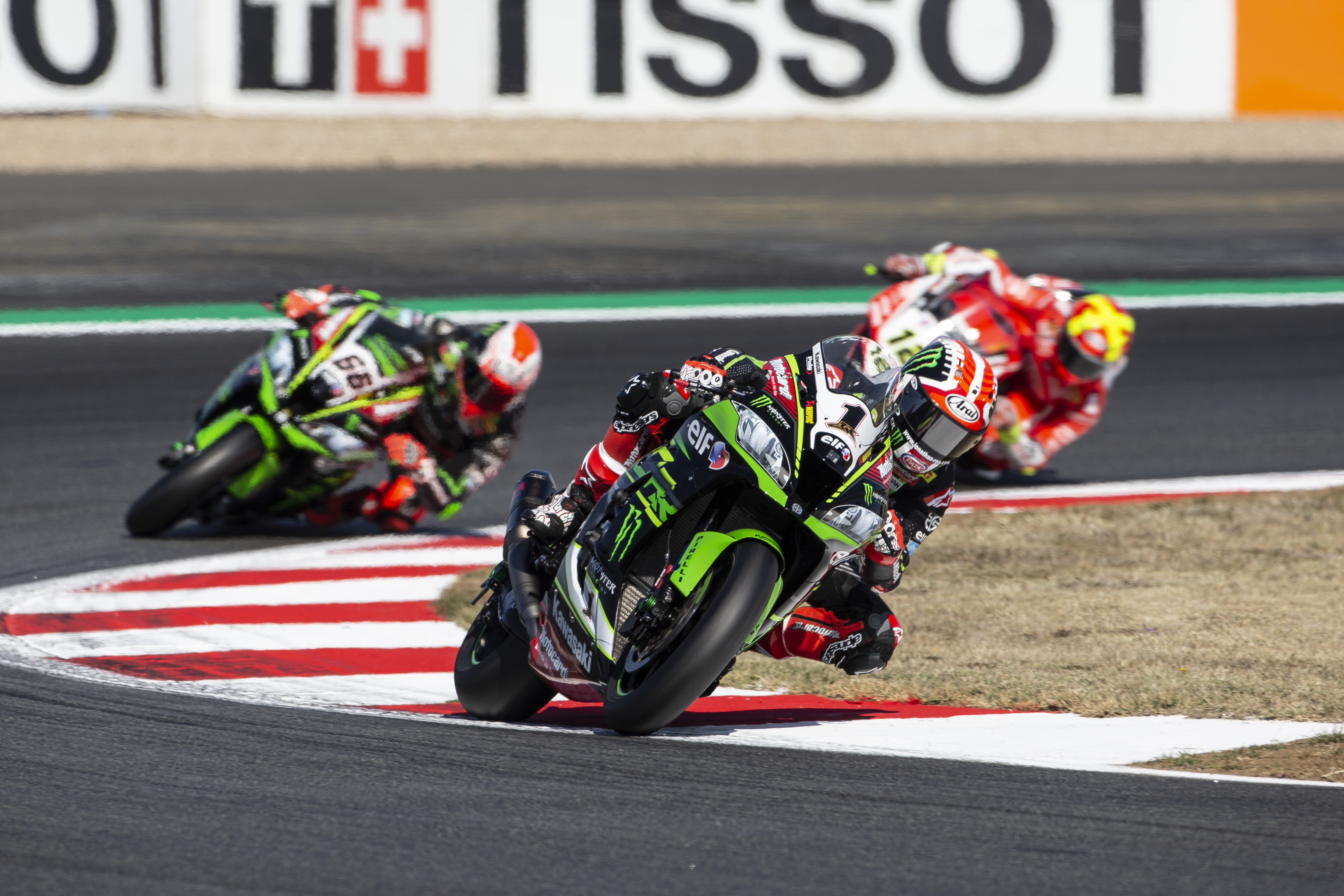 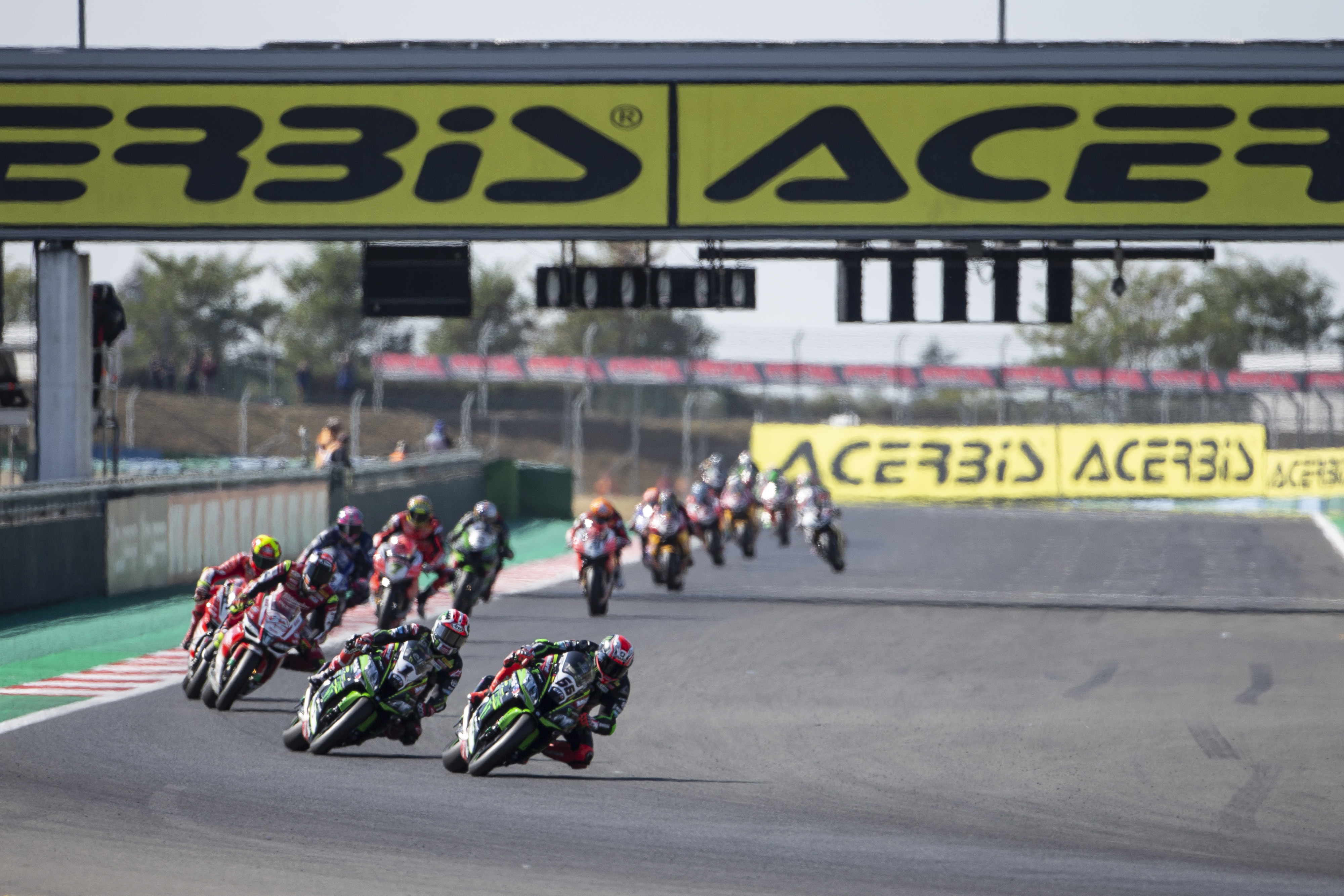