04Oct09. Magny Cours, FRA
Yamaha World Supersport rider Cal Crutchlow, riding with PUIG windscreens, stepped closer to taking the 2009 World Supersport championship title today, increasing his lead over rival Eugene Laverty in another Supersport race marred by incident. Crutchlow started well from his pole position on the grid, momentarily taking first going into the second lap before dropping to second again behind Lascorz with a comfortable pace below his proven race pace. Rival Laverty came past on the second lap before going wide a lap later allowing Crutchlow back through along with his team mate Foret. Laverty then came back through, but low sided on lap 12, rejoining in 15th position. Crutchlow then began to close in on Lascorz, and was gaining ground for a pass when the race was red flagged with another rider dropping oil, giving the win to Lascorz. Crutchlow's team mate Fabien Foret had a frustrating race day. Having shown excellent race pace all weekend Foret, also with PUIG windscreens, started well in the race, moving up from his sixth position start he quickly moved through the field, capitalizing on a mistake from Laverty to reach as high as third before crashing out on lap five after losing the front end going into a tight right hander.

Crutchlow goes to Portimao for the final race on 230 points, leading rival Laverty by 19. Team mate Foret heads to the final round in sixth place on 115 points, just two points behind fifth placed rider Anthony West with 117.

Cal Crutchlow, Yamaha World Supersport Team (2nd)
"It was a good enough race in the end, I felt like I could have won it, and it was about time we had some more luck. Eugene crashed but he was no real problem during the race, the pace was really slow and I knew I could go to low 1'41s towards the end of the race if I needed to. We did what we needed to do, and we got a good second place which was nice. The team has worked really hard, so we're all looking to keep it going for the next one at Portimao."

Fabien Foret, Yamaha World Supersport Team, (DNF)
"I'm obviously very disappointed because I think I had a good pace to do a good race, unfortunately I had an issue going into the corner and unfortunately crashed out. I think I could definitely have got to a good podium finish so it's a real shame. I'm going to look forward to the final round in Portimao and see if I can get up to fifth in the championship."

Wilco Zeelenberg, Yamaha World Supersport Team Manager
"What a race, it was unbelievable. A really exciting one to watch, the guys were really riding for the championship the first few laps. Cal was very tight and relaxed, and we saw Eugene crashed after losing the front when pushing on. I think Cal was quite relieved after that as he immediately went half a second faster and continued to be consistent. Lascorz was very fast, and although Cal was catching him I was really happy when the red flag came out and the race was stopped, two or three guys crashed out which brought Eugene up to 12th from 15th. We have to stay very sharp, a 19 point lead is great but it's not done yet. I feel really sorry for Fabien, he did a really good job in the first couple of laps, he's definitely back in his old shape, unfortunately as he shifted to second going into the corner the gearbox jumped out of second and he lost the front. It wasn't his fault so we have to see if he touched the lever or something. He deserved to get a better result today but I think he can be proud of what he did." 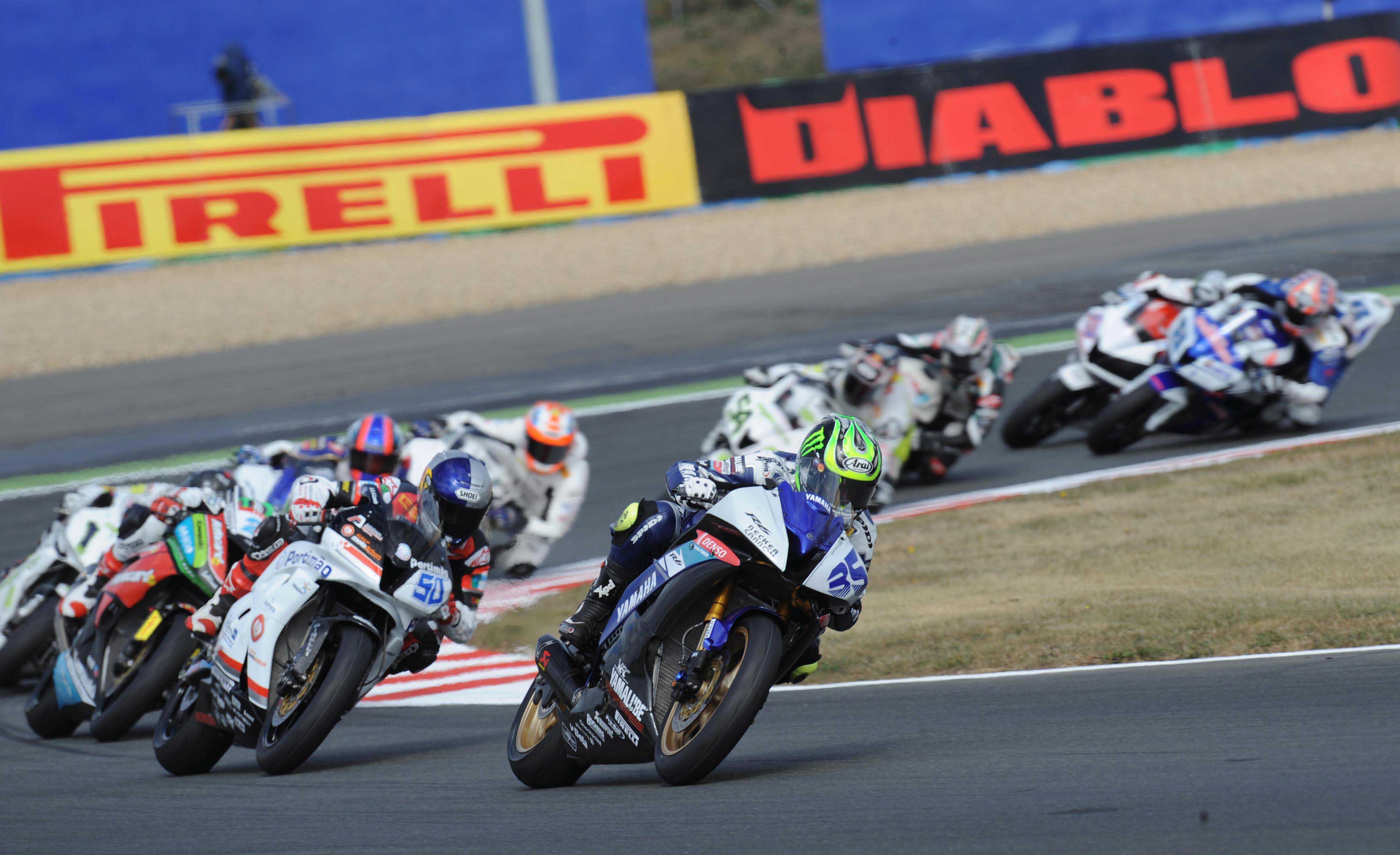 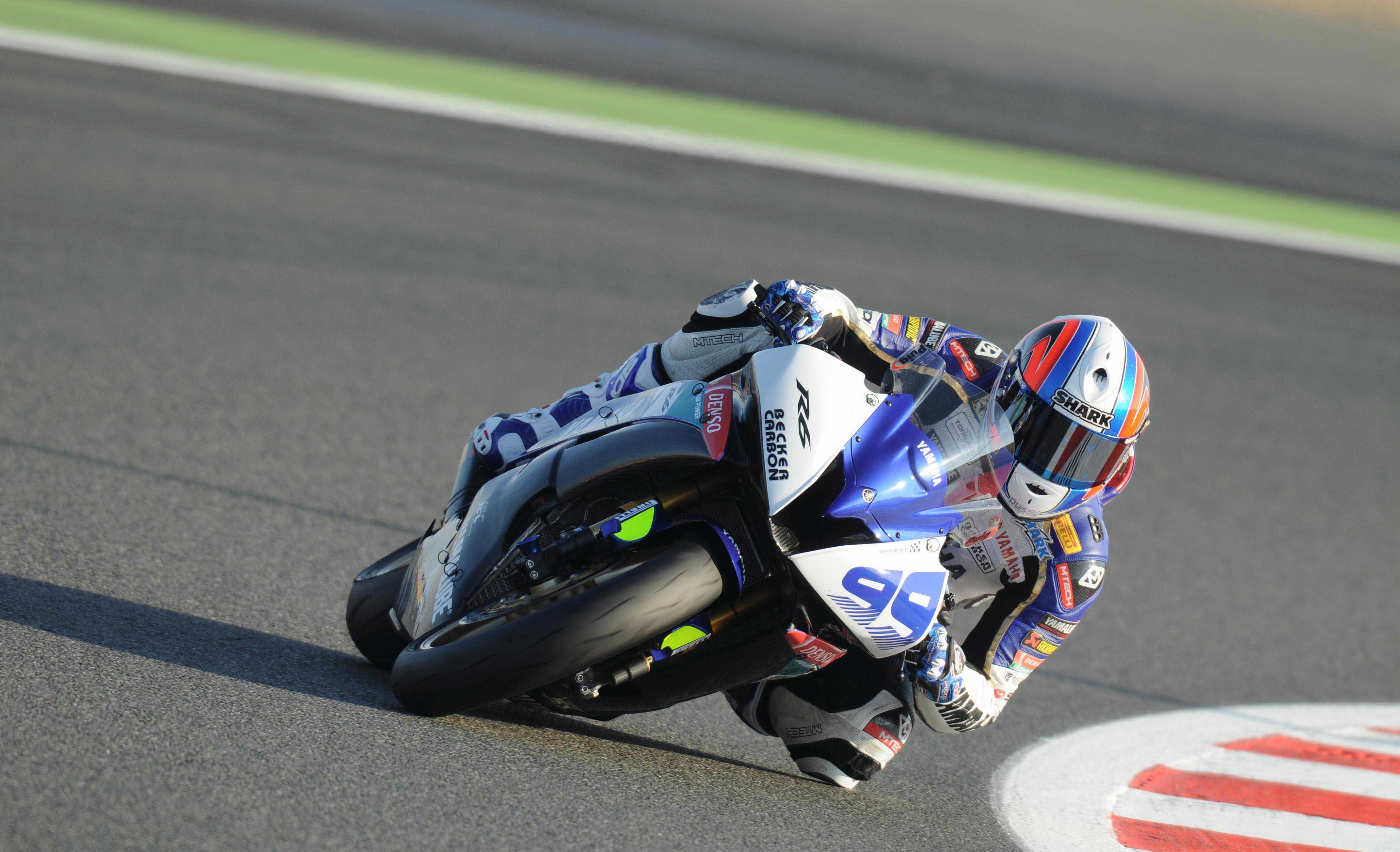