PUIG has attained one more year the World Supersport Champion as a Tech Sponsor: 07-08 with Honda Ten Kate (Kenan Sofuoglu and Andrew Pitt), and 09 with Yamaha Official Team (Cal Crutchlow).

Cal Crutchlow was on incredible form at Portimao today, displaying an intelligent level of riding belying his age as he set himself a comfortable race pace to maintain his points advantage over rival Laverty and ultimately take the well deserved World Supersport title. Crutchlow started well and settled into a fourth position spot behind Lascorz until the third lap when the Spanish rider crashed out, promoting him to third. He maintained his position until lap seven where he let Gary McCoy through at the end of the start finish straight and dropped back into fourth again. Crutchlow then tucked in behind McCoy and followed him home to the finish line for victory and the title of World Champions for himself and the Yamaha World Supersport Team.

Crutchlow's team mate Fabien Foret dropped one place off the start line to eighth as the race got underway, and then spent the duration chasing down seventh placed rider Aitchison for the next spot. As the pace continued he was unable to catch him but was fast enough to keep his spot, crossing the line in eighth position. Foret takes eight points from the race, and so will keep his fifth place in the 2009 World Supersport Championship.

Cal Crutchlow, Yamaha World Supersport Team, (4th)
"Fourth is the worst finish I've had this year! Obviously I've had a couple of DNFs but when I've finished fourth has been the worst. I just wanted to bring it home. I didn't need to push Eugene. He's been riding really well all weekend and keeping the pressure on me. I didn't want to get into any battles, I followed Kenan at the start but his pace was just too fast so I let him go. I let Gary past then settled in behind him and let him bring me home for the race so thank to him. It's been a tough season and all credit to Yamaha they've done a fantastic job, I'm elated! I want to thank the team and all my sponsors for their support, and my family, my dad and my mum and Lucy my girlfriend who has put up with me!"

Fabien Foret, Yamaha World Supersport Team, (8th)
"it was a tough one today. I really wanted to be a bit closer to the front of the grid but I wasn't so happy with the feeling in the front end in qualifying. We made some improvements for the race but it still wasn't perfect so I just kept my head down and did the best I could to keep a consistent pace. I want to say a big thank you to the team for all their support this year, and congratulations to Cal for winning the title."

Wilco Zeelenberg, Yamaha World Supersport Team Manager
"We are delighted with the results from today, I think everybody at Yamaha must be happy with Valentino and Ben and Cal all winning. Of course for me I'm especially happy for Cal and our team for winning the championship. We rode a really tactical race I have to say and he brought it home and did the job really well, I think he was the fastest guy out there the whole season. I want to thank the team who have worked so hard to make this possible for him as well. Fabien worked hard today despite not having 100% confidence with the feeling of his bike and was consistent throughout to the finish."

Laurens Klein Koerkamp, Racing Manager, Yamaha Motor Europe
"It's great to see a rider like Cal progressing in his career with Yamaha, from his early success with the R6 cup to World Supersport Champion today. He has shown dominating speed on so many occasions this season and today showed his maturity to grab the title. The R6 as a production bike continues to build on its racing heritage as confirmed today here in Portimao. The team did a super job and it is with mixed feelings that we have not yet been able to finalize our plans for 2010 with them." 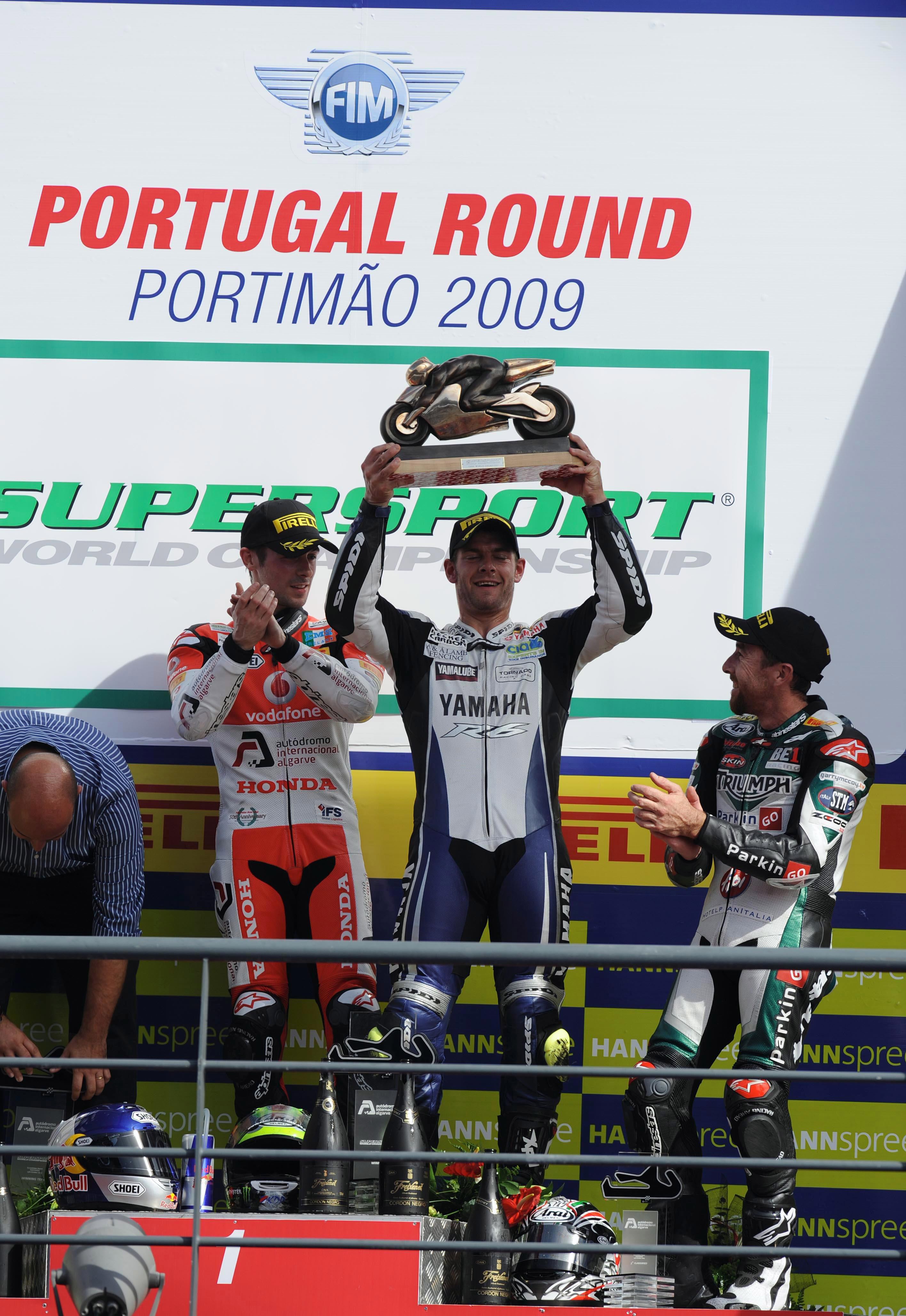 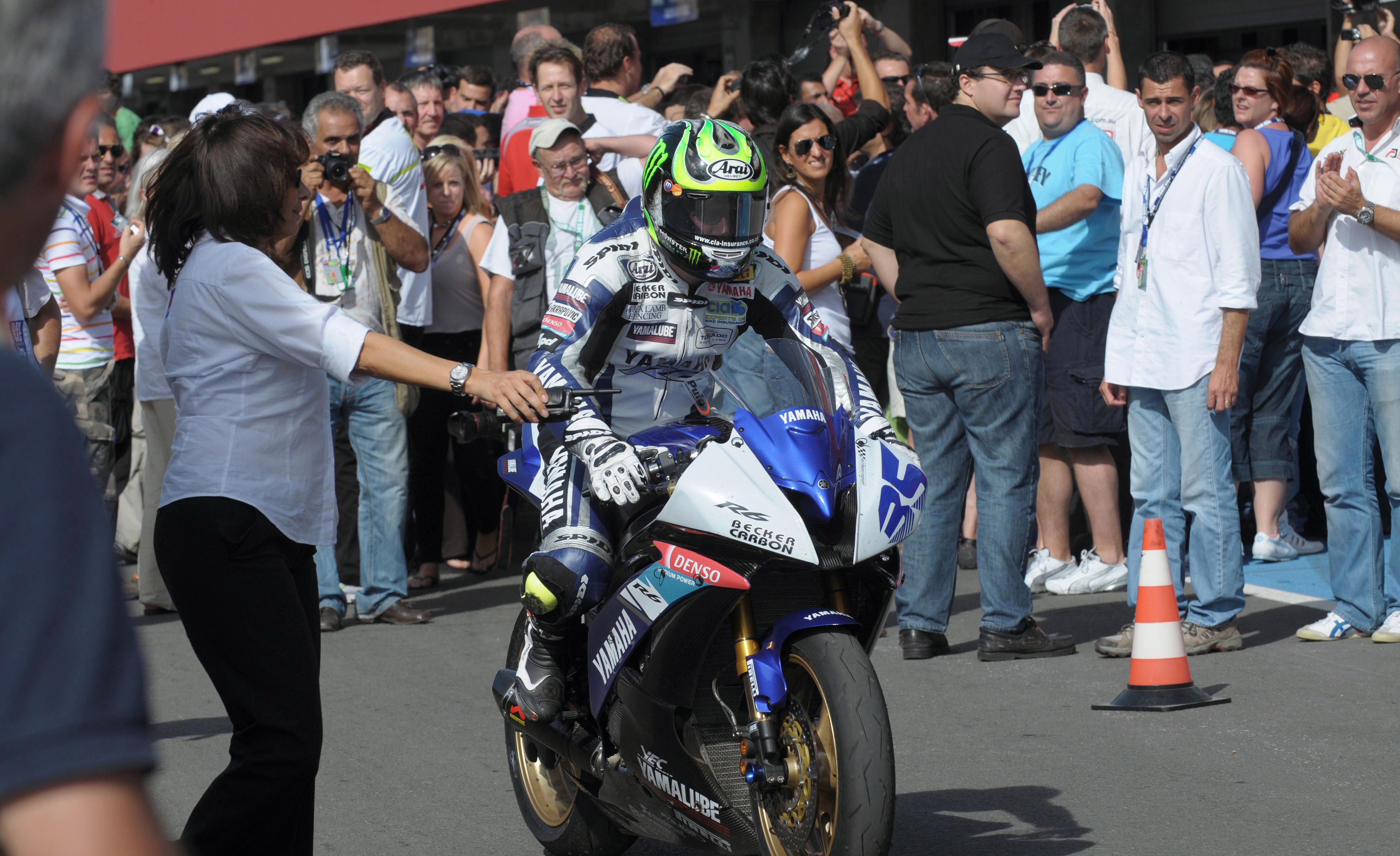 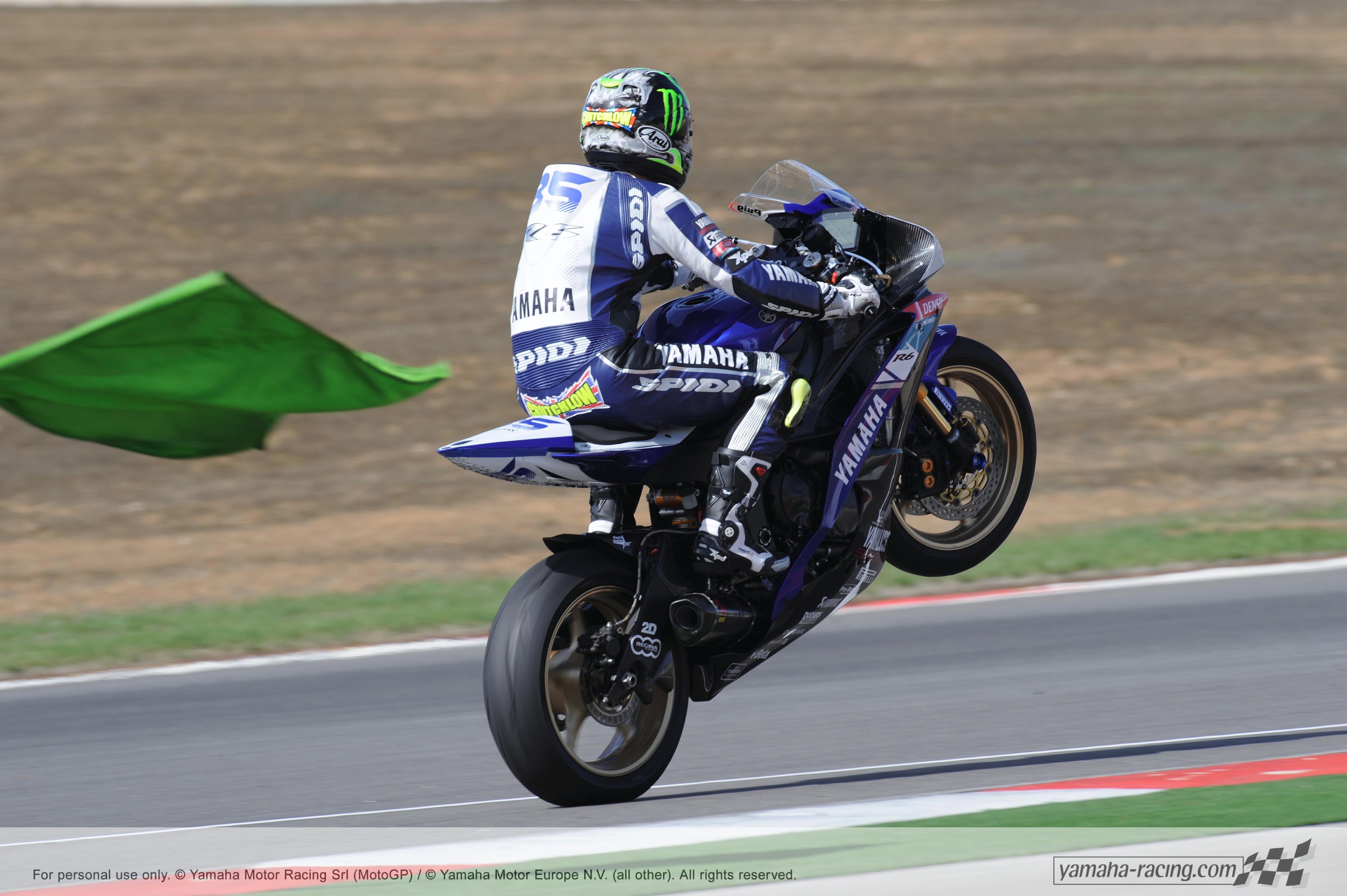 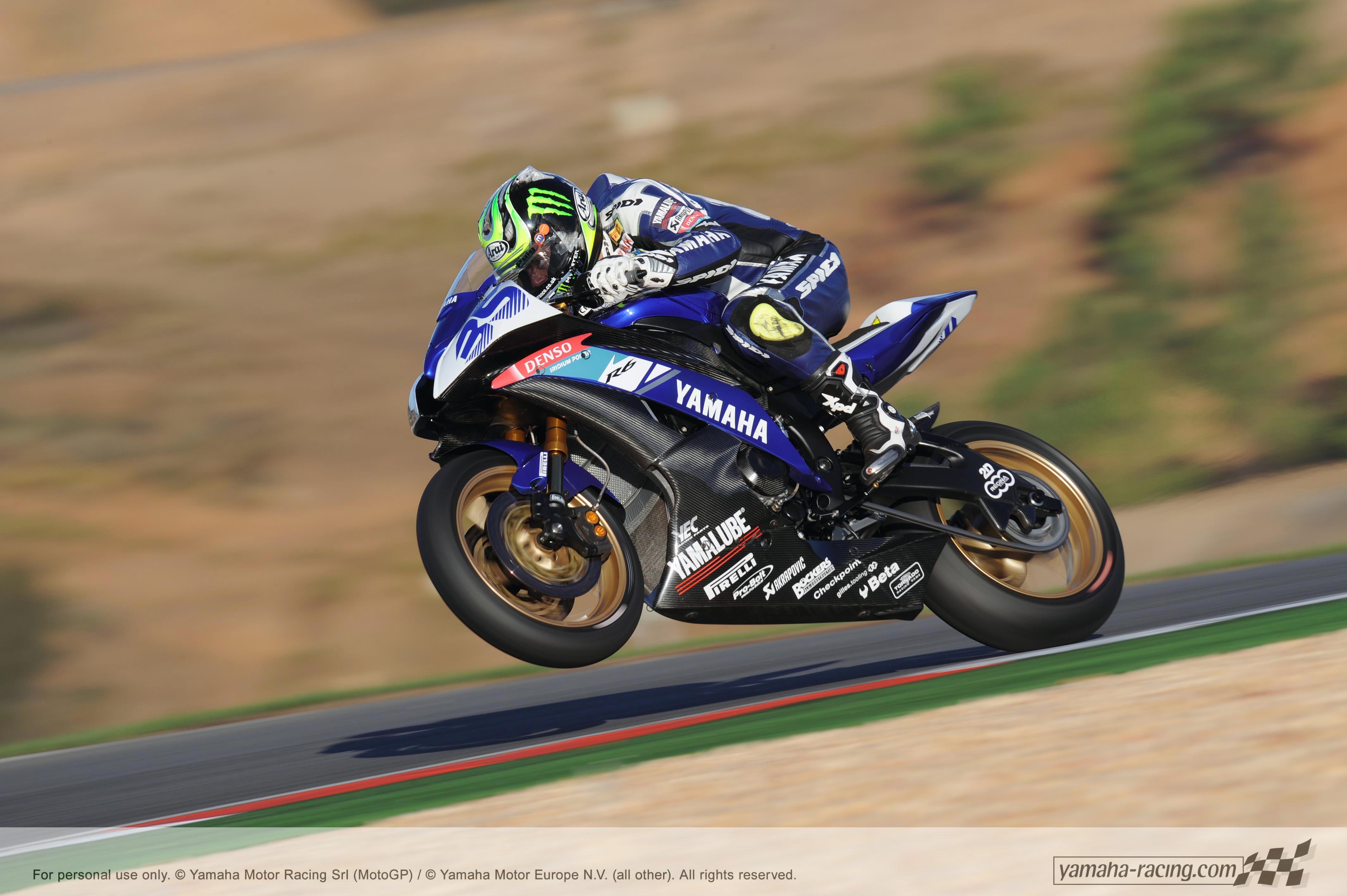 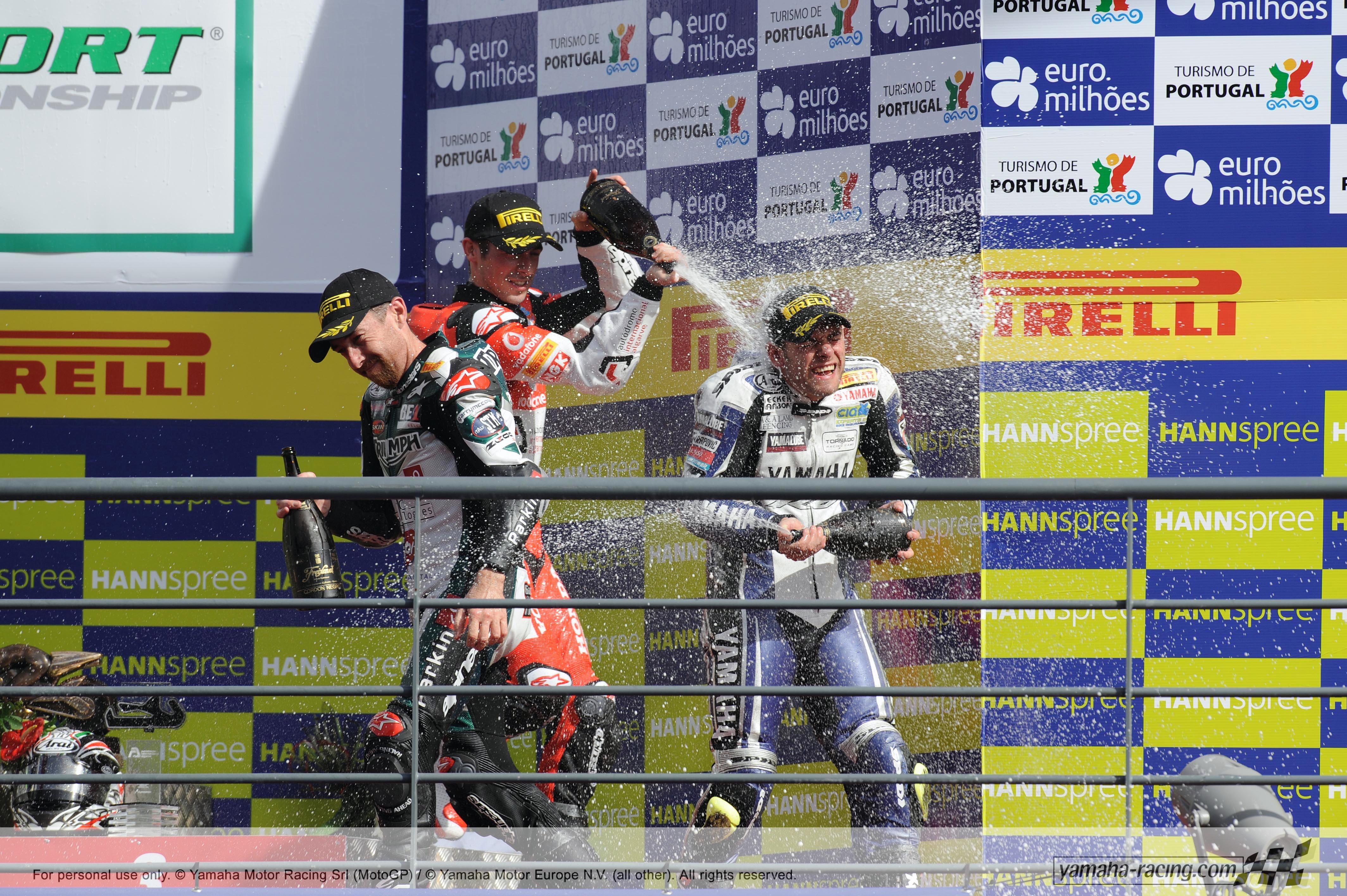