Rizla Suzuki's Loris Capirossi, with PUIG windscreens, was forced to retire on the 20th lap of today's Portuguese Grand Prix due to technical fault, with team-mate Chris Vermeulen, also with PUIG, battling up to 10th after starting from 15th on the grid.

Capirossi made a good start to the race and was up to sixth position early on, but a mistake - which almost caused the experienced Italian to crash - saw him relegated back down the field. He quickly regained his composure and set about making the places back up. Capirossi chased down and passed a couple of other riders before homing in on Toni Elias and Andrea Dovizioso battling for sixth. He was closing the gap when disaster struck on lap-20 as a gear position sensor failed, which put the bike's ECU into 'safe mode' and meant all that Capirossi could do was ride the bike back to the pits and retire. Capirossi and the whole team were very disappointed to finish the race in this way but were all buoyed with the improvement of the Suzuki GSV-R at - what has been in the past - one of the team's toughest tracks.

Vermeulen also made an impressive start from back on the fifth row of the grid and steadily made his way through the field. He got involved in a mid-race battle with Randy de Puniet, which saw the pair swap positions regularly for several laps. Vermeulen eventually got past the Frenchman as he recorded his fastest lap of the race on lap 17 to move into 11th. Following Capirossi's unfortunate demise Vermeulen was promoted one more position up the classification to bring his bike home in a hard-fought 10th place.

Rizla Suzuki now embarks on two fly-away races as part of the Pacific Rim tour; firstly the team travels to Vermeulen's homeland of Australia on Sunday 18th October before then heading to Sepang in Malaysia the following weekend.

The race wasn't too bad today - until we stopped! I started quite well and was with the front group, but I then lost control on turn six and lost a few places. I tried to get my rhythm back and I managed to overtake a few riders and I caught up with Toni and Andrea.  I know I was quicker than them and could have got past to score a good result. Then I don't really know what happened to the bike, because it lost power, so all I could do was return to the pits. We have worked really hard this weekend to find the best way to go quicker on the GSV-R and overall our position this weekend was to fight for fifth or sixth, which is not too bad for us because this is one of the worst tracks for us in terms of performance. Everything seems to be improving and we are now looking forward to the next race."

"I got a good start, but from the fifth row it was always going to be difficult. I got a bit blocked in in the first few corners and that didn't help things at all. I chose the softer tyres because I knew the first part of the race was going to be very important, but after about eight laps the rear tyre that I had chosen was too soft and it started to move around a lot and the grip level dropped off. This meant I couldn't do the times I'd been doing all weekend - or that I wanted to do in the race. I am quite happy with the way I rode and the fact that I moved up through the field. We've definitely made improvements with the GSV-R at this track and I'm really looking forward to going to Phillip Island with those improvements."

"The good news from this weekend is that we got the GSV-R working better for the Estoril track than we ever have done in the past. The rear grip issue problems that we have suffered in the long final corner have been improved dramatically and we'll find out in two weeks time in Phillip Island - when the final corner there has a similar characteristic - how big of a step in that direction we have made. As for the race result, 10th from 15th on the grid for Chris is not too bad and he tried hard as always, but the whole team is bitterly disappointed with Loris being forced to retire, particularly when it is due to something relatively trivial. We didn't have a perfect setting here and we need to make the bike a bit easier to ride consistently fast, but despite a very near high-side in the early laps, Loris re-found his rhythm and without question would have been fighting with Toni and Andrea for sixth position at the end - which would have been a good result." 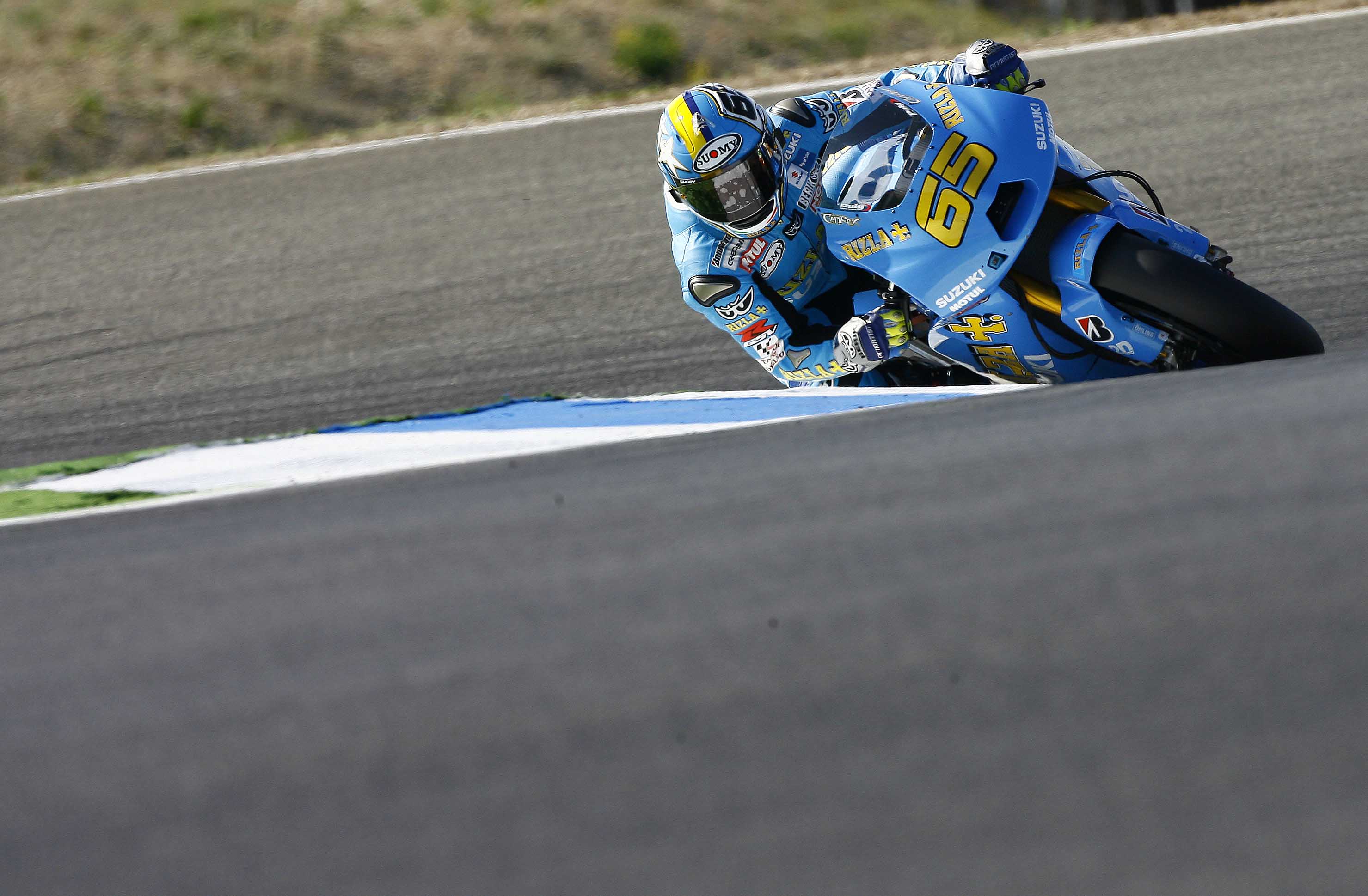 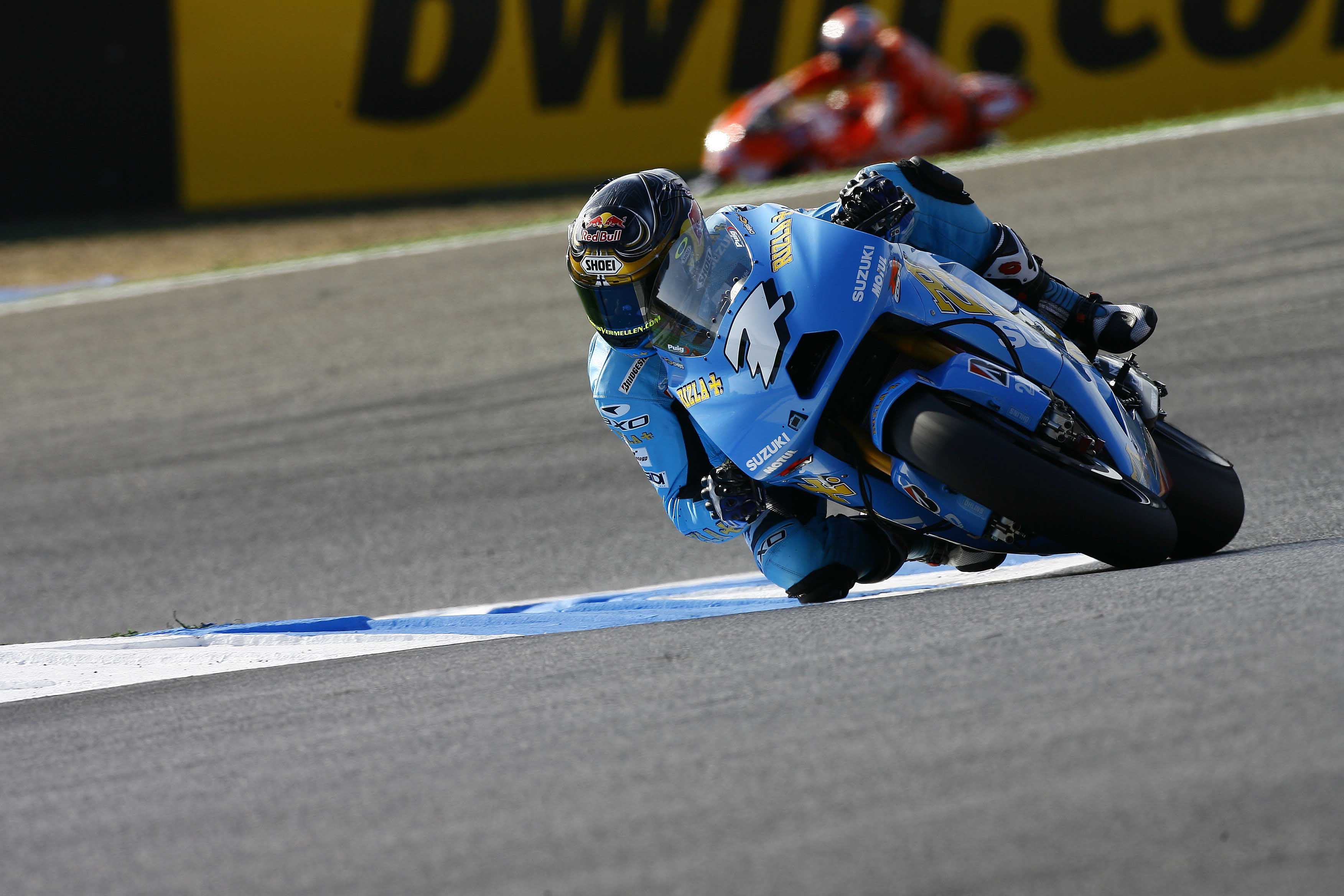 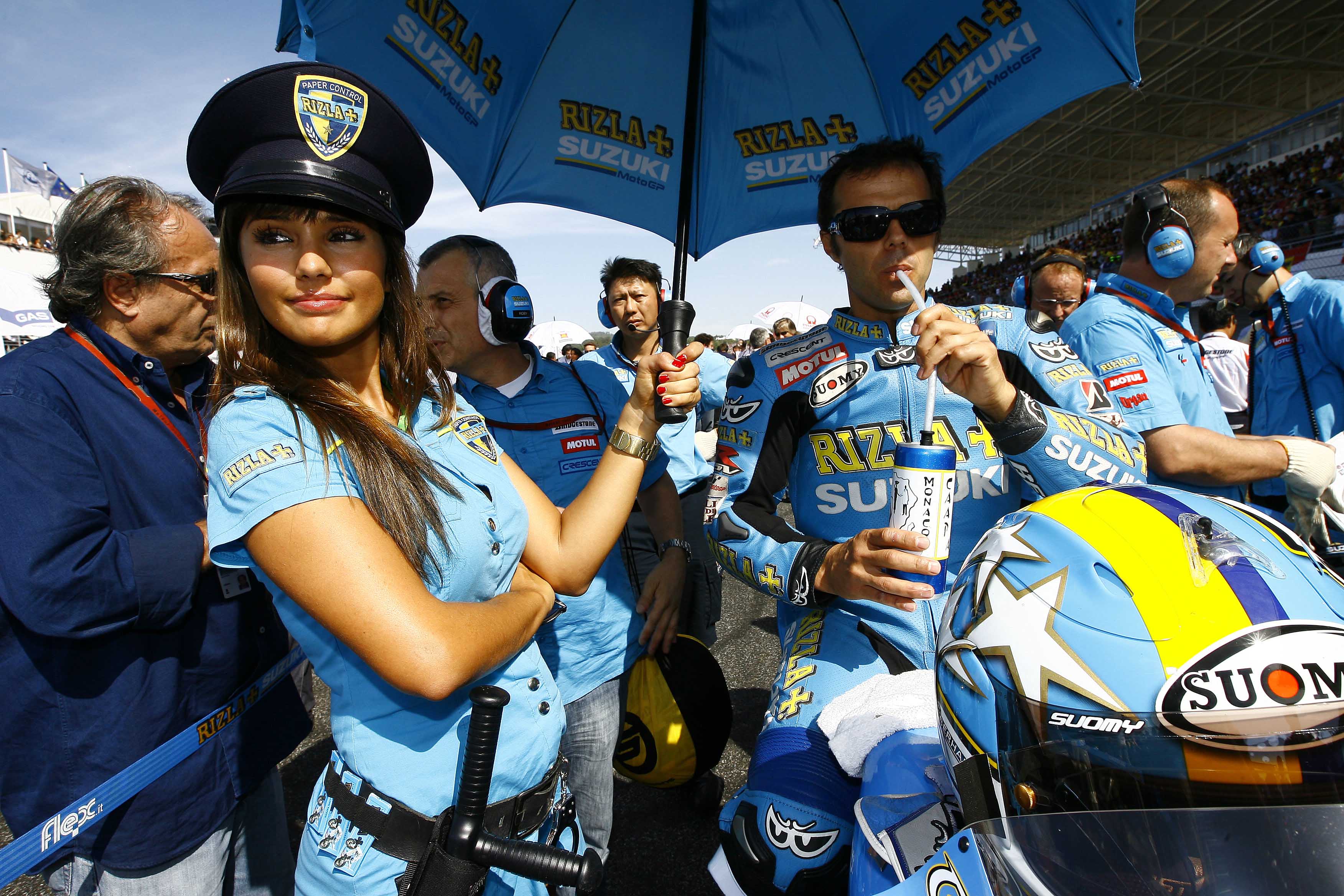 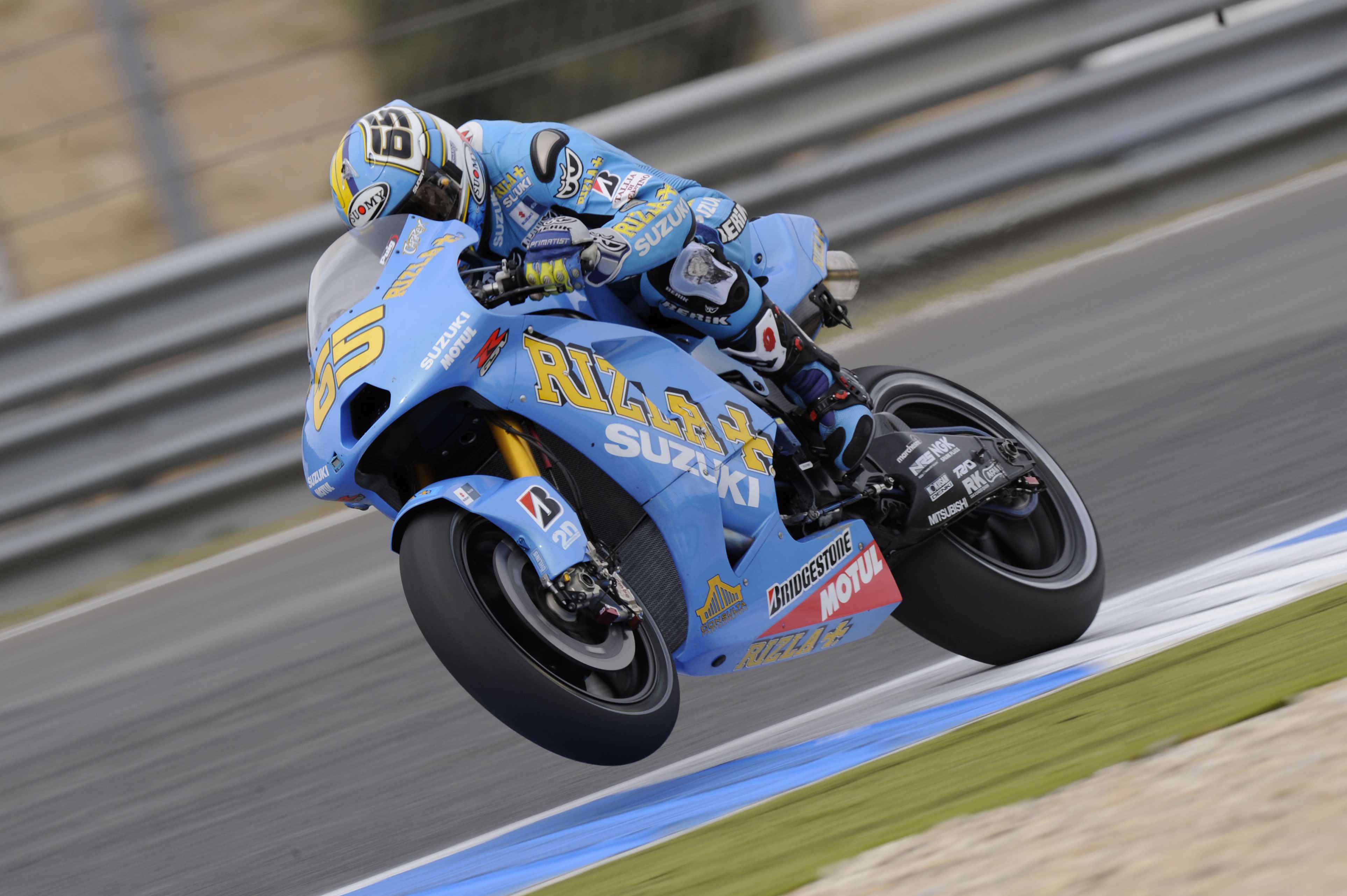 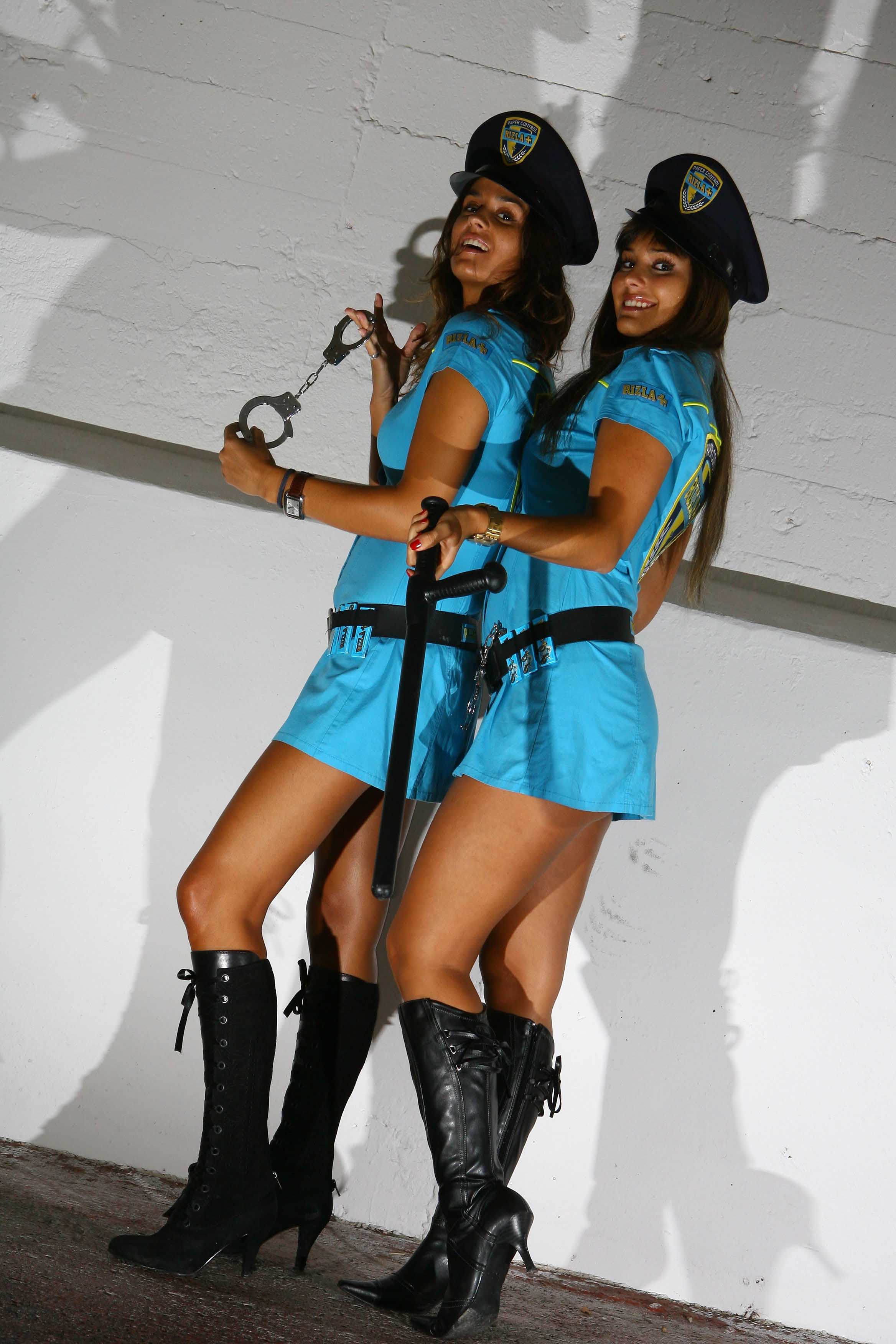