The last appointment of the Superbikes World Championship

On October 25, 26 and 27, the last WorldSBK championship event took place at the Losail Qatar circuit. Characterized by being the only place where the races are held on Friday and Saturday, the riders find it a special match since the races are held at night.

During the training session on Thursday, Jonathan Rea and Tom Sykes occupied the second and third place respectively. After starring in a fall in FP1 by the world champion, Rea recovered by improving his time. Sykes was 0.008 thousandths away from reaching his teammate. The FP1 was held during the afternoon of Thursday but the FP2 and FP3 were run late at night.

On Friday, the KRT pilots staged the first race occupying the first positions. Tom Sykes once again managed to be the Poleman, surpassing the record set by his teammate Jonathan Rea by 0.131 seconds. Rea occupied the first step of the podium, thus achieving his 11th consecutive victory.

On Saturday, something unusual happened because the last race of the WorldSBK season was canceled. After a sandstorm followed by a lightning storm with water, Race Management repeatedly delayed the start of the race and was forced to cancel it due to the bad condition of the track.

In this way, Tom Sykes finishes his stage with Kawasaki after 18 years and after having won 34 victories and the record of getting 48 Superpoles.
Jonathan Rea says goodbye to the championship by leading the WorldSBK World Championship for the fourth consecutive time, making history after winning 71 victories, 56 of them for Kawasaki, the maximum number of victories a driver has scored for a manufacturer.

Next year Jonathan Rea will continue to occupy one side of the Kawasaki Racing Team's box along with Leon Haslam, the new team member for next season. We will have to wait until February to see the first race to be held in Australia. 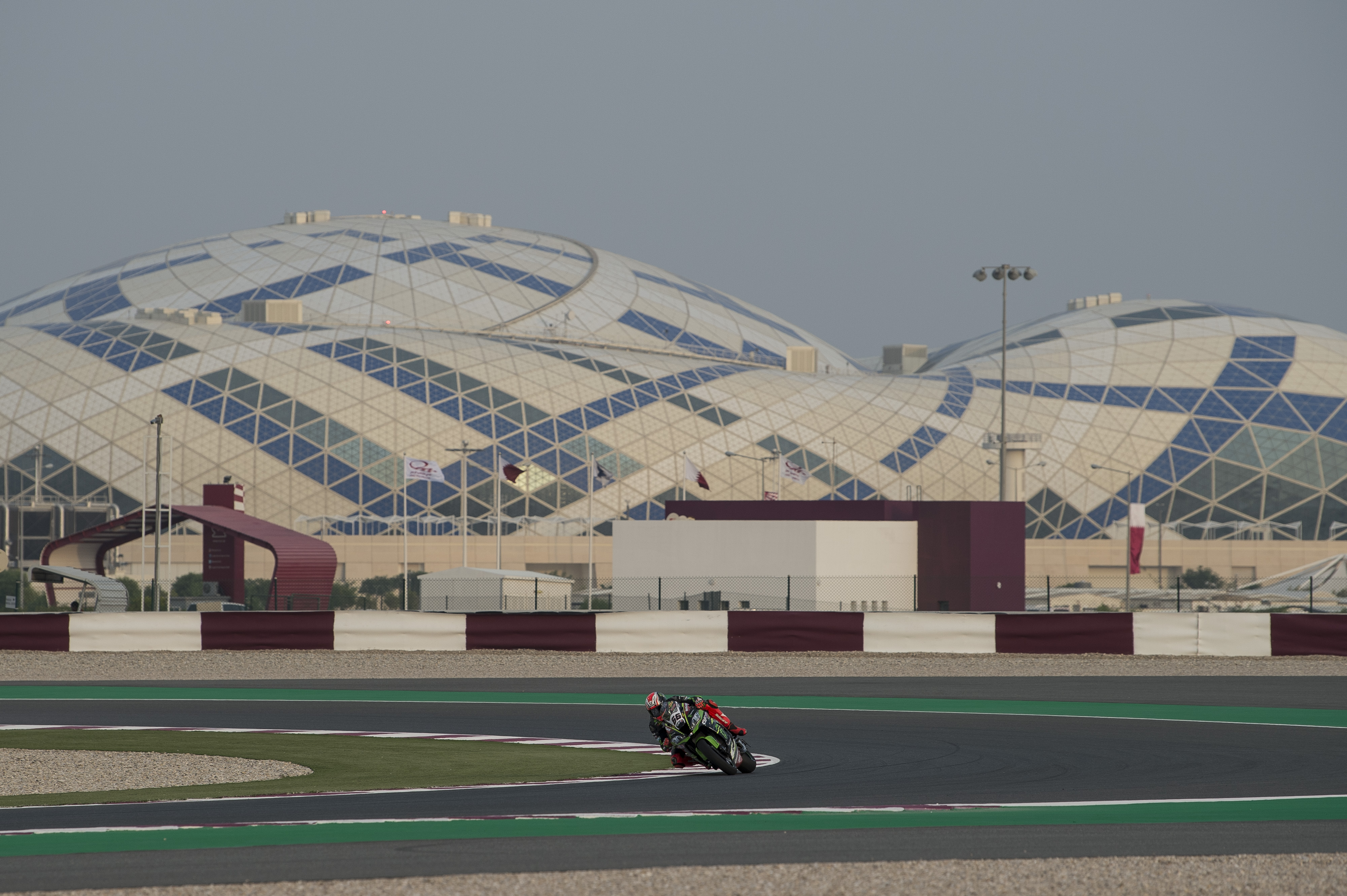