After a red flag halted the second WorldSBK race at Imola the 18-lap restart saw KRT riders Jonathan Rea and Tom Sykes finish second and third respectively. In the championship standings Jonathan increased his championship advantage to 74 points, with Tom now in third place and 75 points from the lead.

On a day laden with delays and false starts in the two main championship classes at the 4.936km Imola circuit the second WorldSBK race of the weekend got underway with Sykes on pole position and Rea in eighth place – due to the rules that govern the second race grid places in 2017.

Despite the disadvantage of starting from the third row today, after finishing race one in second place on Saturday, Rea was again second, ending up 3.739 seconds from double race winner Chaz Davies.

Sykes made the absolute best of his front row position, running clear for the first six laps until Davies passed him after Tom was forced to work hard at reducing the effects of less than optimal set-up in some corners.

As the race wore on Jonathan also passed Tom, on lap 12, and the two KRT riders remained relatively close together until the chequered flag. Sykes was 4.342 seconds behind the win on race two, taking his first podium of the weekend.

In the overall standings, after five rounds and ten races, Rea has 235 points, Davies 161 and Sykes 160.

Home ground for both Tom and Jonathan beckons next for the KRT team, in the shape of Donington Park. Races will be featured on both Saturday 27th and Sunday 28th May.

Jonathan Rea (Kawasaki Racing Team Rider): “It was difficult at times today especially because I made a mistake going into the Variante Bassa chicane at one point. I lost all the track positions that I gained in the first few corners and that changed my race completely. I feel that if I did not lose those I would have had something extra to - maybe not win the race - but for sure to go with Chaz. I got stuck behind some traffic after that but when I went through I was able to keep a consistent rhythm. I was too far back from Chaz but today we halved the winning margin compared to yesterday. I raced with the new soft prototype front tyre and in these temperatures I think it was maybe too soft an option for our bike. But I am generally content to have increased our championship lead, take 40 points and get on the podium twice at what is probably not our strongest track right now. It has been a really positive weekend.”

Tom Sykes (Kawasaki Racing team Rider): “We had a good start to the race and I knew this was one of the opportunities I would have. I had to make a good start and push hard early on. I knew the speed of Chaz was incredible and I knew Jonathan would have good speed as well. Finally, Jonathan and I were quite evenly matched on lap times. There were two areas of the track where I was not able to do my usual riding style and over a lap I was suffering with turning the bike. The lap times were not too bad. Chaz had another step again today but we were a big step in front of the other riders. We improved the bike set-up from yesterday a little bit, but third was probably our realistic maximum today. I am relatively happy with the Sunday race but it was just the first race this weekend that let us down a bit.” 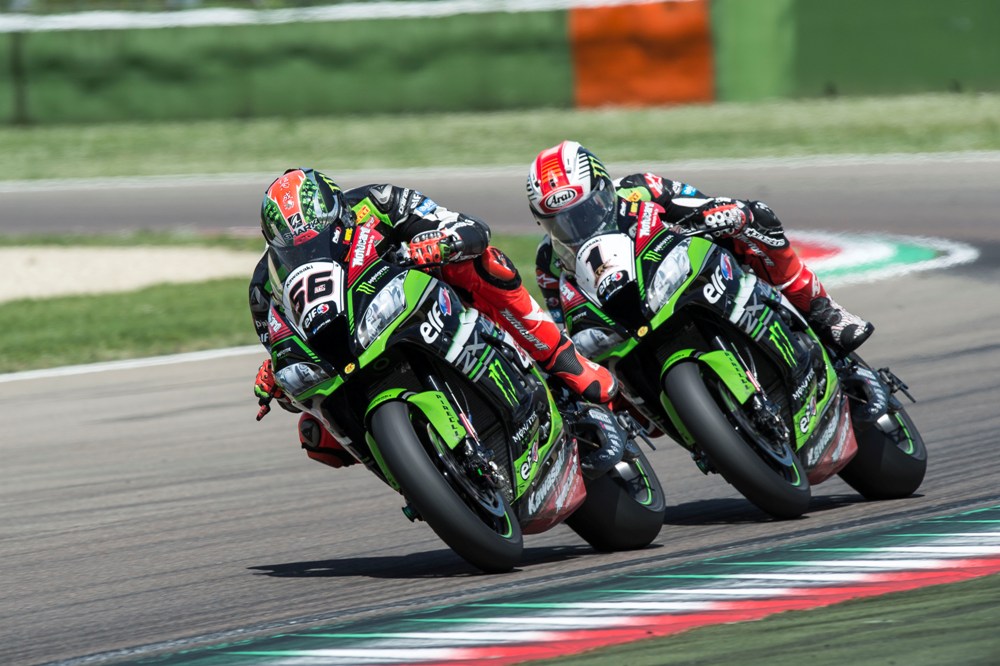 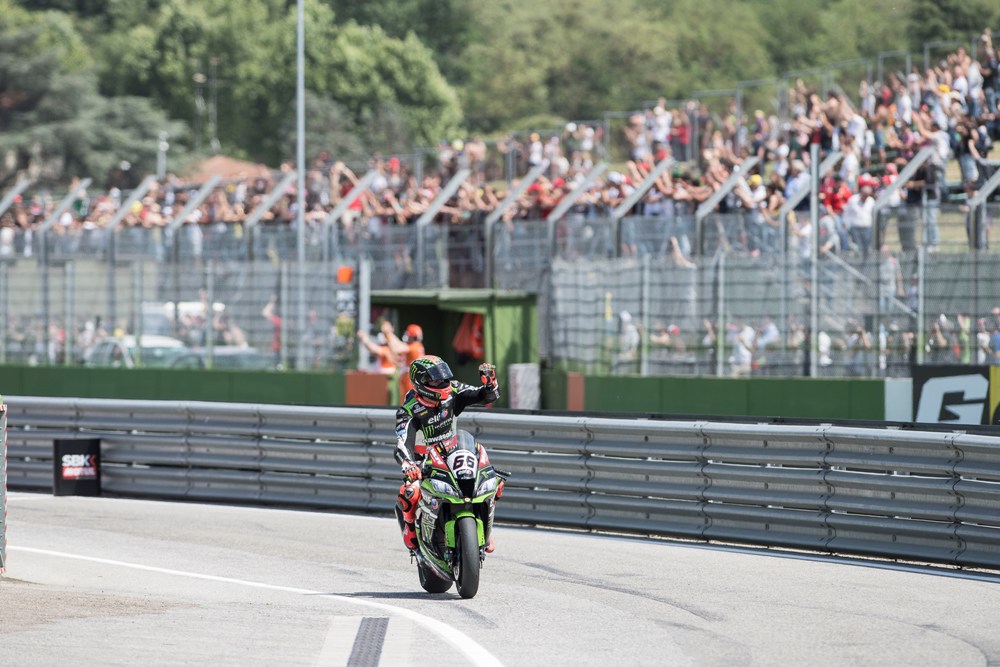 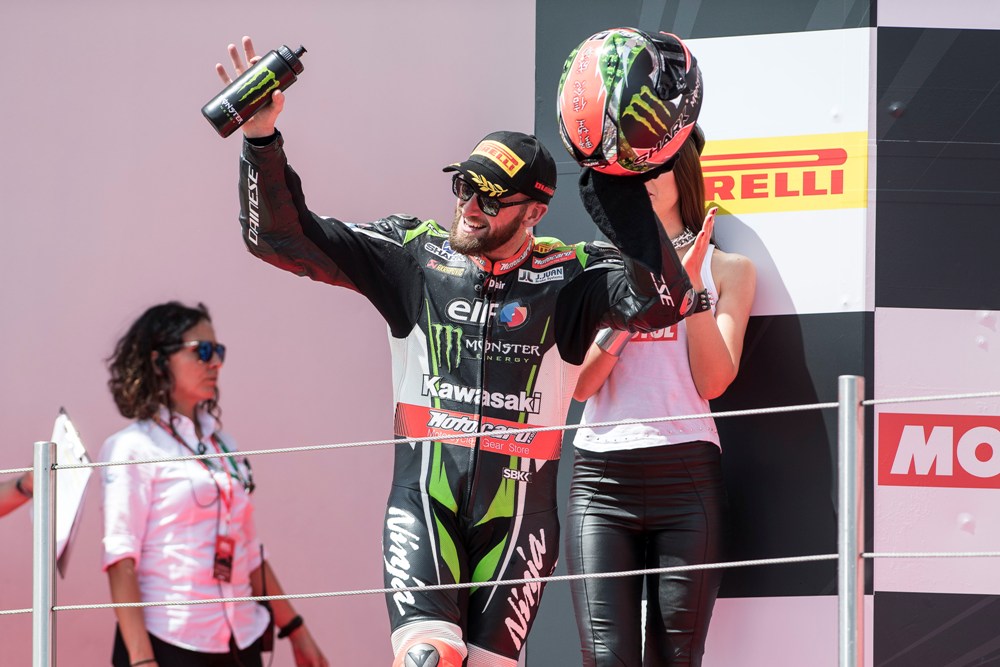