The Catalan rider raised his sixth title, fourth in a row, as world champion of the highest category in the Thai circuit of CHANG.

Marc Márquez once again crowned himself as the best rider in the world by imposing himself on his rivals in Thai lands. The Catalan climbed to the top of the podium thanks to his spectacular progression, ultimately over the French rider Fabio Quartararo.

With this victory, the Cervera rider, who treasures 8 world titles in his showcases (6 in Moto GP and the remaining 2 in 125 and Moto 2), is one title away from Valentino Rossi and 2 titles away from the rider that currently holds the record, the Italian Giacomo Agostini.

Puig wants to congratulate the Japanese team HONDA HRC, ​​which we have the pleasure of being a technical sponsor, for this great world title and especially Marc Márquez for his eighth world title. 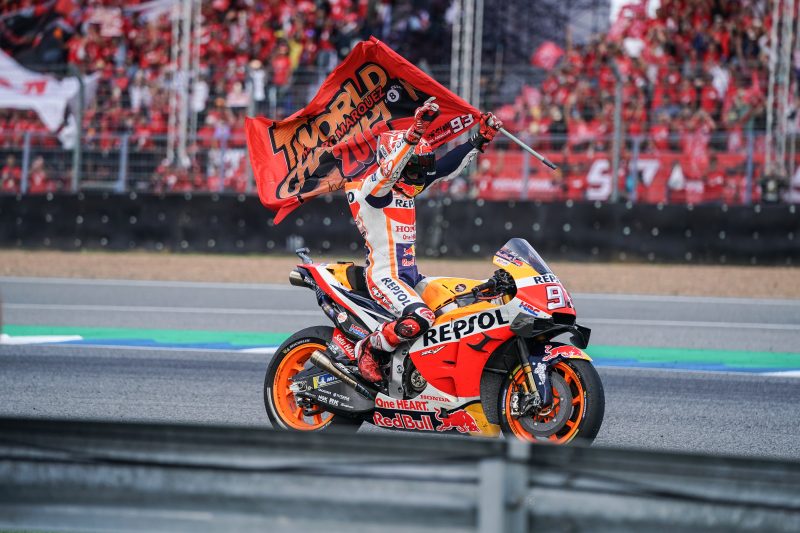