Repsol Honda presents its team for the 2019 season

Marc Márquez and Jorge Lorenzo will be the official pilots

On Wednesday, January 23, the presentation of the Repsol Honda team for the new season took place at the Repsol headquarters in Madrid. With a scenario simulating the pit boxes of the team, Marc Márquez and Jorge Lorenzo were accompanied by legends Mick Doohan and Alex Crivillé in commemoration of the 25th anniversary.

Also joined were Tetsuhiro Kuwata, Director of Honda Racing Corporation (HRC), and Antonio Brufau, CEO of Repsol, who described and emphasized their plans for continued success. Also present were Carmelo Ezpleta, CEO of Dorna and Begoña Elices, General Director of Communications and member of the Board of Repsol.

Taking a tour of the last nine championships won in the queen category, the Repsol Honda team made clear its intention to pursue the crown again in 2019. The riders are now ready to start. Marc Márquez will begin his final preparations for the Sepang race that will take place from February 6 to 8. Jorge Lorenso will begin an intense physical routine to be as fit as possible for the Qatar exam, from February 23 to 25.

The new season will begin under the lights of Qatar, from March 7 to 10. 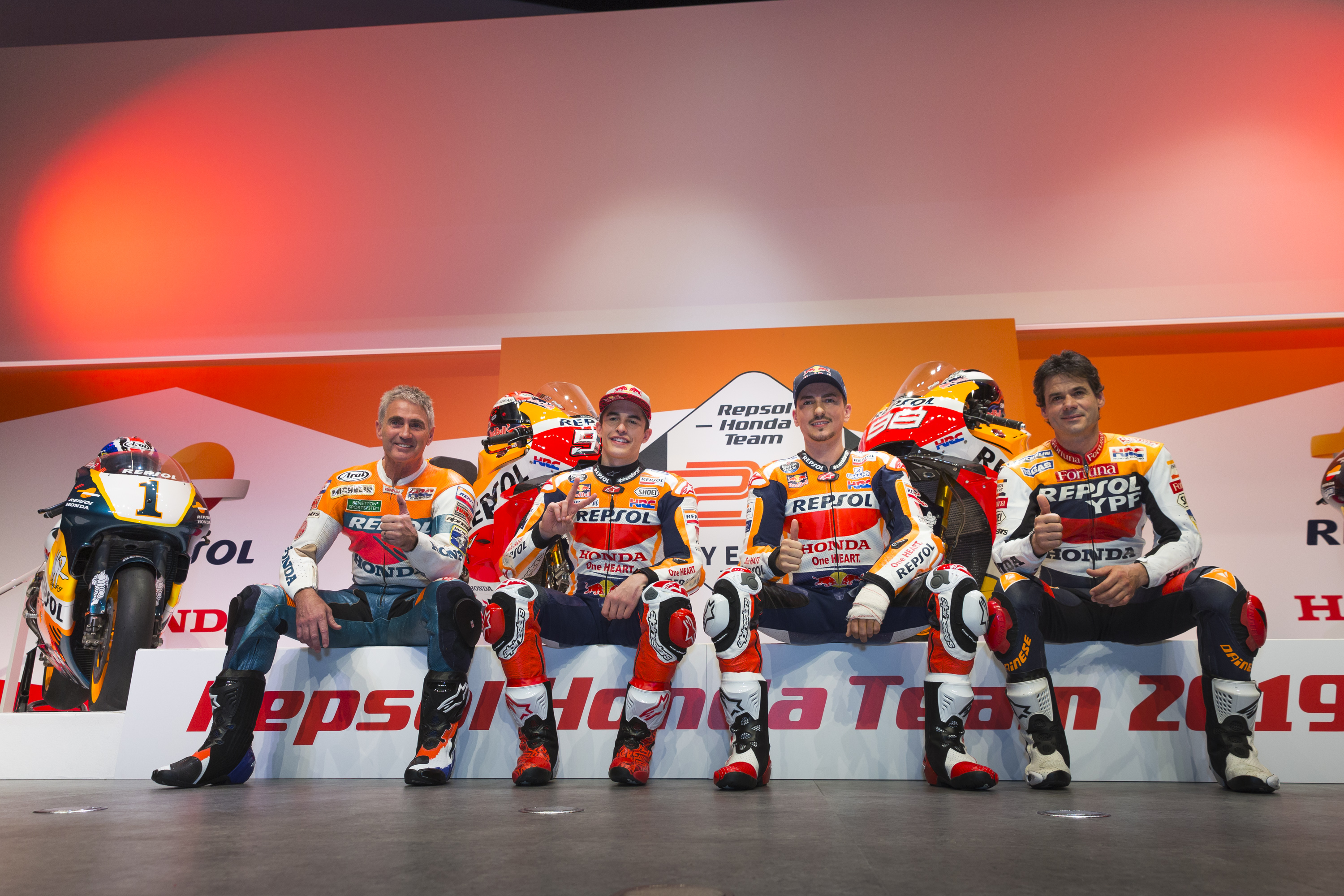 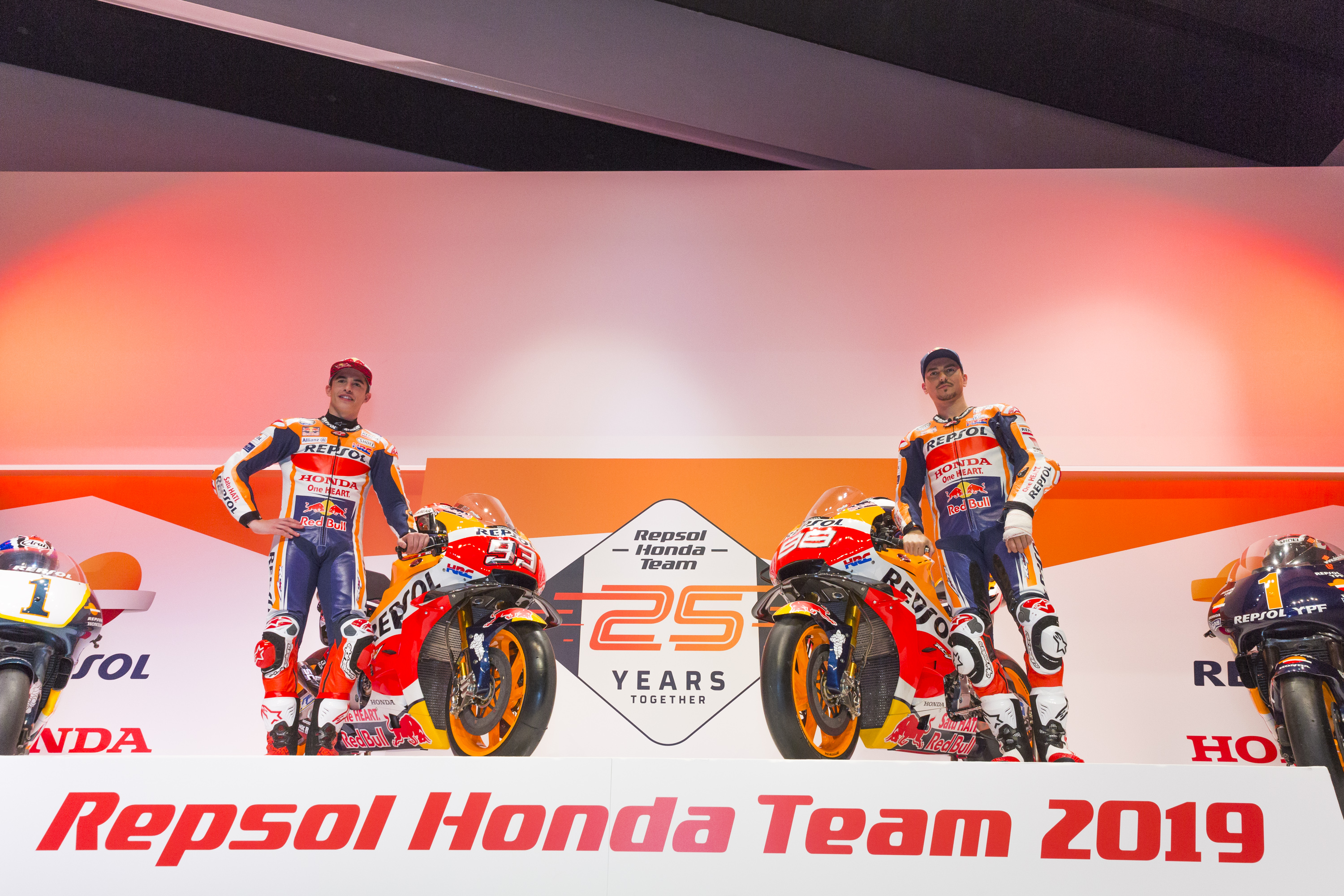 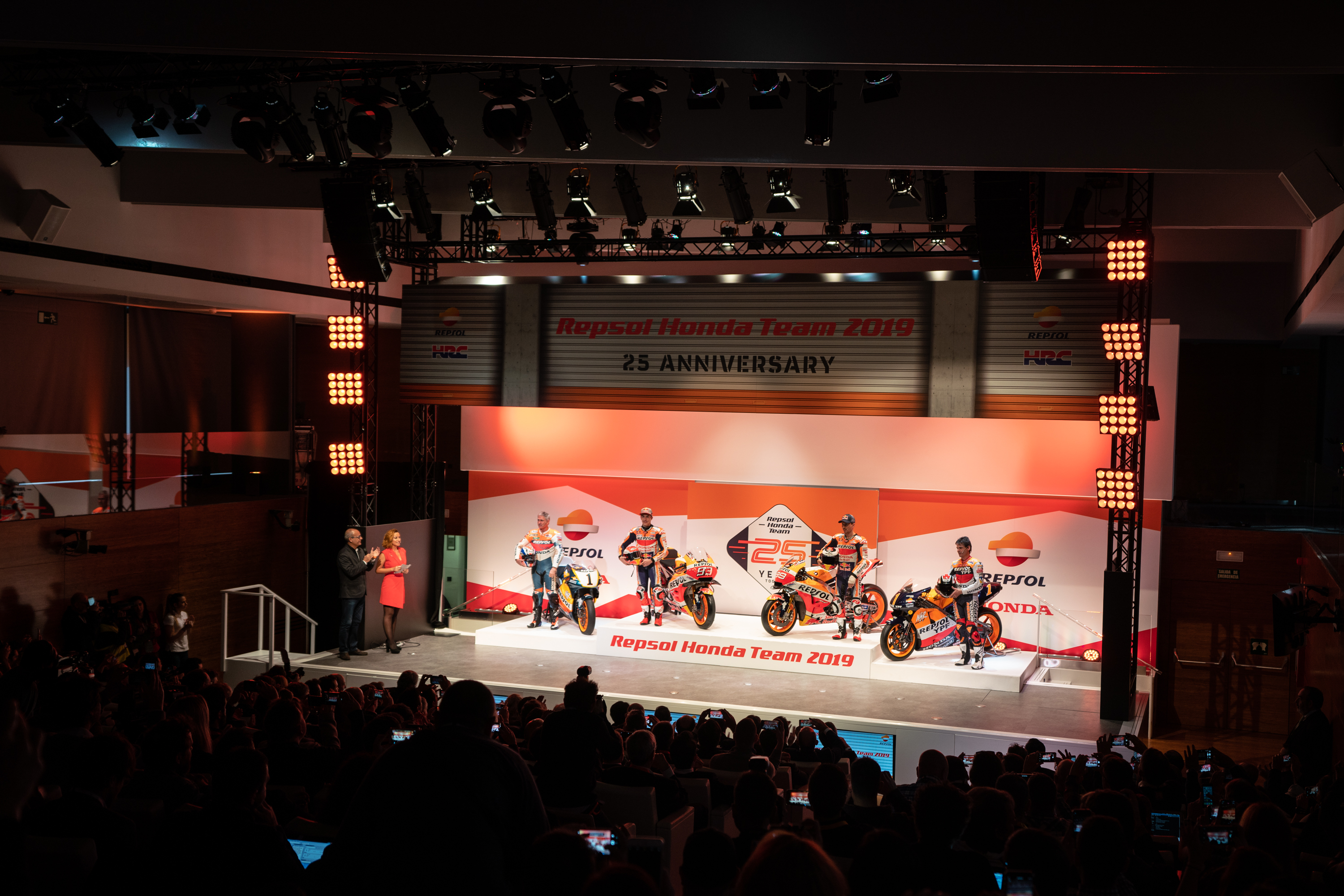