FIRST WIN OF THE YEAR FOR SYKES

On a dry track surface at Donington Park Tom Sykes (KRT) won his first FIM Superbike World Championship race of the season by a clear 16.5 seconds to close the points gap on his team-mate and championship leader Jonathan Rea (KRT) to 50. Rea was finally not able to compete for the win himself after a problem caused him to crash at Craner Curves, without injury.

Tom Sykes scored his ninth successive win at Donington Park for Kawasaki with his 32nd career victory today, after a race filled with drama and unexpected twists and turns.

In the morning, before the start of the first race, Superpole was won by Sykes - the 39th such success of his career and the first this season. Sykes set a new track best of 1’26.641 to record his Superpole win. Rea had qualified second in Superpole and lined up right beside his team-mate on the front row. Kawasaki MXGP rider Tommy Searle was a guest of the team this weekend and was on the grid for the start of race one, to offer support to his fellow Kawasaki riders.

At the beginning of the opening 23-lap contest Chaz Davies took the lead, from Sykes and Rea, then after one lap of the 4.023km track Rea slotted into second place, and then the lead, after Davies crashed out on lap seven.

Having been down in fourth place for a short period, after trying to pass Rea for second but running wide, Sykes found himself behind eventual podium finisher Leon Haslam (Kawasaki Puccetti Racing).

Sykes, the 2013 champion for KRT, steadily worked his way into the lead at his favourite circuit and eventually had a clear run to victory.

Rea had experienced some vibration issues late in the race and had been forced to slow his pace, but was to crash at high speed as his tyre deflated with three laps to go.

Haslam, a wildcard rider for the Kawasaki Puccetti Racing team and riding with the blessing of his JG Speedfit Kawasaki British Superbike team, took his Ninja ZX-10RR to second place after Rea’s misfortune, but was already in line for a podium finish close to the end of the race after making a strong start.

With one more 23-lap WorldSBK race to go this weekend Sykes has closed the gap on long time championship leader Rea to 50 points.

Tom Sykes (Kawasaki Racing Team Rider): “That was a fantastic race and I enjoyed it. It turned out to be very difficult and not necessarily what I had in the plan but that is part of racing. We had a good start but during the attempted pass on Chaz I had a full fuel load and was just a little bit on the limit, I ran wide and did again on Jonathan. I lost a lot of time there but today’s experience has been a blessing in disguise really, because I now have a better understanding of the race bike set-up while riding with the others. All weekend I have been fairly much alone on track and doing my own thing and had some great results. But today being behind other riders was hampering the lap time. Overall to win here and continue my form at Donington is fantastic. ”

Jonathan Rea (Kawasaki Racing Team Rider): “About a lap before Tom passed me I started to get a lot of vibration entering the corner off the gas. I had a lot of chatter from the front and the rear. When Tom passed me it started to get worse and worse. All I was thinking about was to finish the race and get some points. In hindsight I should have pulled over because I would have saved my bike because it was completely destroyed. The team will have to build me a new bike for tomorrow so that is frustrating for the mechanics as well. I am really disappointed, to be honest.” 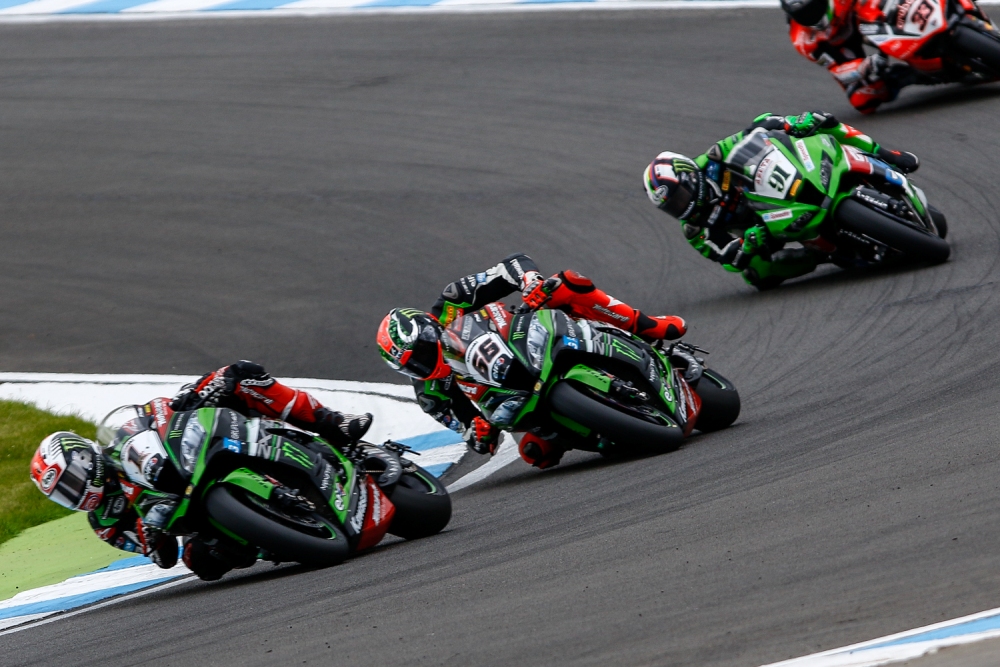 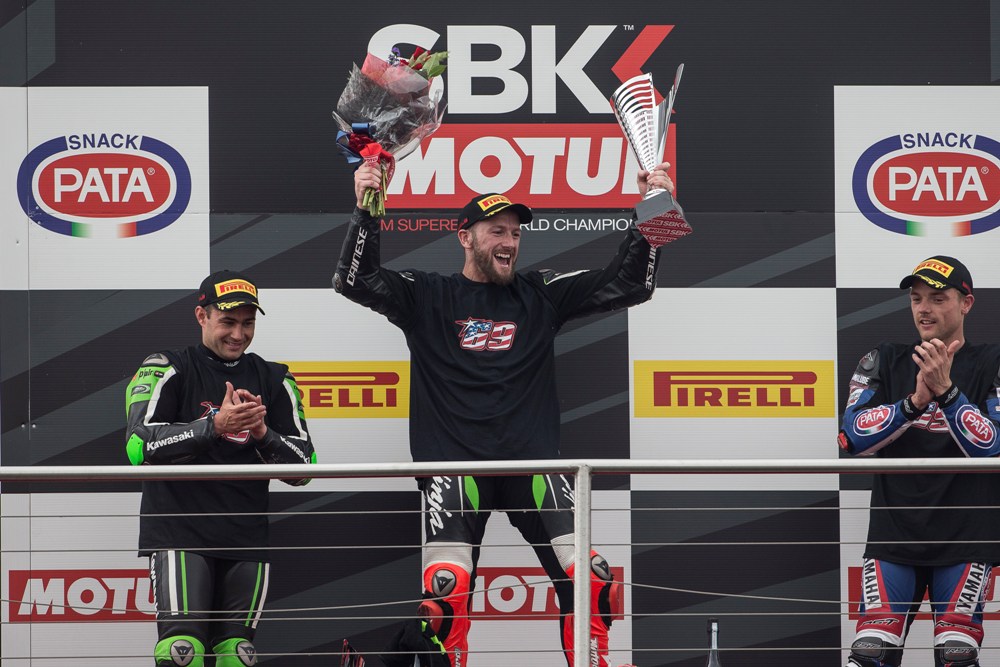 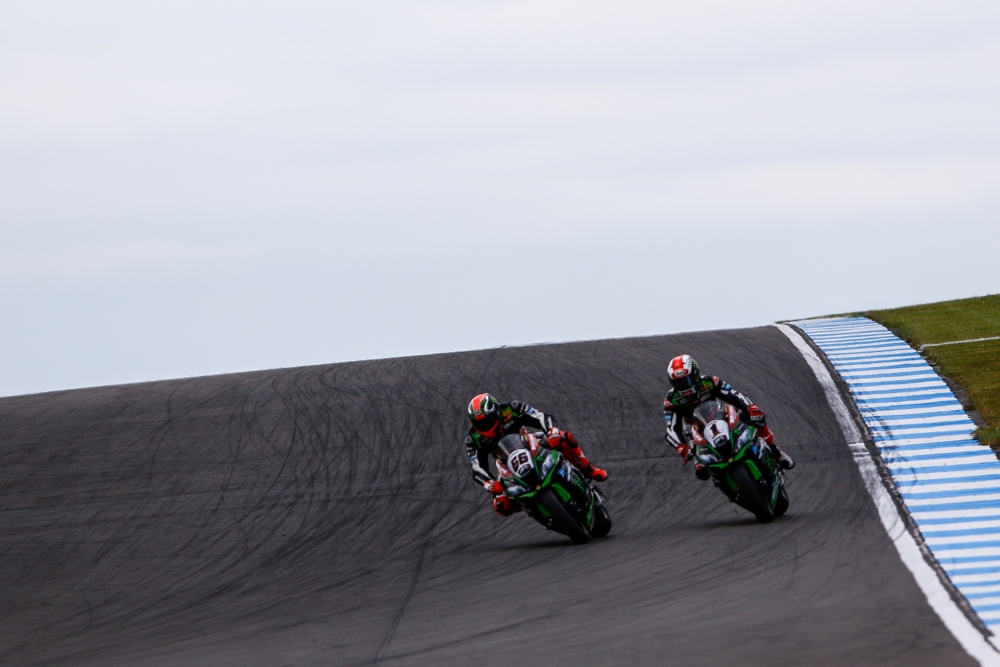