Márquez wins one of the best races in history

This weekend the eighth race of the season was played at the Dutch circuit of TT Assen, where one of the most disputed races of the whole history took place.

During the free practice on Friday, the pilots went out onto the track under sunny conditions that we are not used to the Dutch circuit and that would accompany us throughout the weekend. For this reason, one of the objectives of Friday was to test tires. Marc Márquez had a good pace getting the best time in the morning. Dani Pedrosa improved his pace but anticipated a complicated weekend.

On Saturday the Moto GP riders left us a sample of what we would see in the race. With a difference of only 0.059" in the front row, Márquez got the pole, adding with this the 75th of his career. Pedrosa could not improve the time and left from the sixth row of the grid.

The race that was played on Sunday at the TT Assen circuit will surely go down in history. After 26 laps in which we lived continuous overtaking, Marc Márquez got a gap of 2'' that gave him the victory after fighting together with Rins, Viñales, Doviziosi, Rossi and Lorenzo. With this 65th victory of his career and his 39th in Moto GP, the current world champion increases his advantage to 41 points over his direct rival in the classification of the championship, Valentino Rossi.
Dani Pedrosa did not find the right rhythm during the first laps of the race and could not recover positions. Lap after lap improved and finally finished in 15th place.

The next appointment will take place next July 15 at the Sachsenring circuit in Germany. 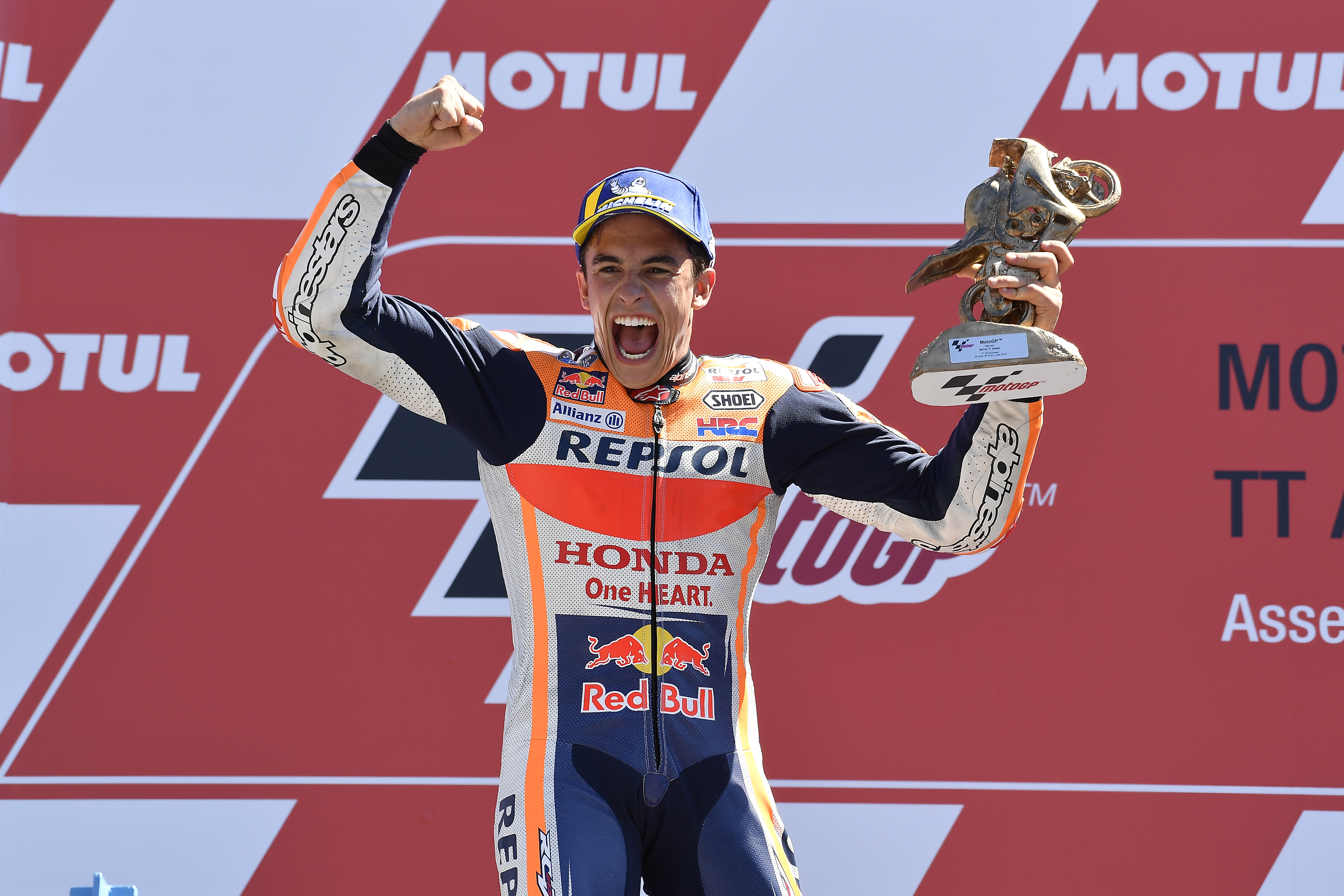