Jonathan Rea won in all three races of the weekend in Portimao (Portugal), thus achieving the first position of the WorldSBK championship standings on his return after the covid-19 crisis.

The Kawasaki Racing Team arrived to Portimao with the main objective of stealing the lead from Scott Redding, a challenge that motivated rider Jonathan Rea like never to leave Portugal with a triplet under his arm. The second round of racing, of this strange season, could not have started better for the Kawasaki team. After getting the pole, Jonathan Rea got his first win on Saturday, with hardly any complications. The high temperatures did not prevent the champion from achieving his tenth crown on the 4.59-kilometer Portuguese circuit. Alex Lowes lost some positions in the first turns and had to fight to cross the finish line in fourth position, after some other interesting fight with his rivals.

With Rea's victory, Kawasaki signs its 150th triumph in its history in the WorldSBK Championship since its first participation in 1988. In addition, the rider won the first trophy in a long-distance race after the sprints (Superpole Race) of 10 laps of Australia and Spain.

Sunday's races confirmed Jonathan Rea's hot streak, closing a perfect weekend on a driver's fetish circuit. The Algarve track has become a favorable environment for the five-time world champion, who returns home with the WorldSBK leadership with 136 points, four points ahead of Redding (132) and well in front of Razgatlioglu (103). The second round of races at Portimao started with victory in the Superpole Race, with almost three seconds of margin over the second. An advantage that he maintained in the race, taking 4.3 seconds from the next rider. Alex Lowes, on the other hand, was able to finish fourth in the 10-lap sprint but crashed on the eighth lap of Sunday's race. Luckily, he won't have to wait too long to get his revenge in the next round, which will be held in Motorland (Aragon) from August 28-30.

Carrasco with a win-lose weekend

The weekend in Portimao has been like a roller coaster for Ana Carrasco, from the Provec Racing team. After a splendid opening day, in which she took victory on Saturday's race, Carrasco did not score points on Sunday's round.

The last race was the most interesting for the spectator but also the most stressful for the rider. Despite the opening a gap during the first few laps, a Kawasaki rider managed to catch it and overcome it before finishing the scheduled 10 laps. Three laps from the end and in her fight for the points, Ana Carrasco did not detect the red flag that indicated an accident in the first positions. This mistake led her to fall next to Boot-Amos in Turn 5 and she could not reach the Park Fermé in the next 5 minutes. For this reason, the organization did not take into account their result in the last lap that she crossed the finish line and she finally did not score any points. 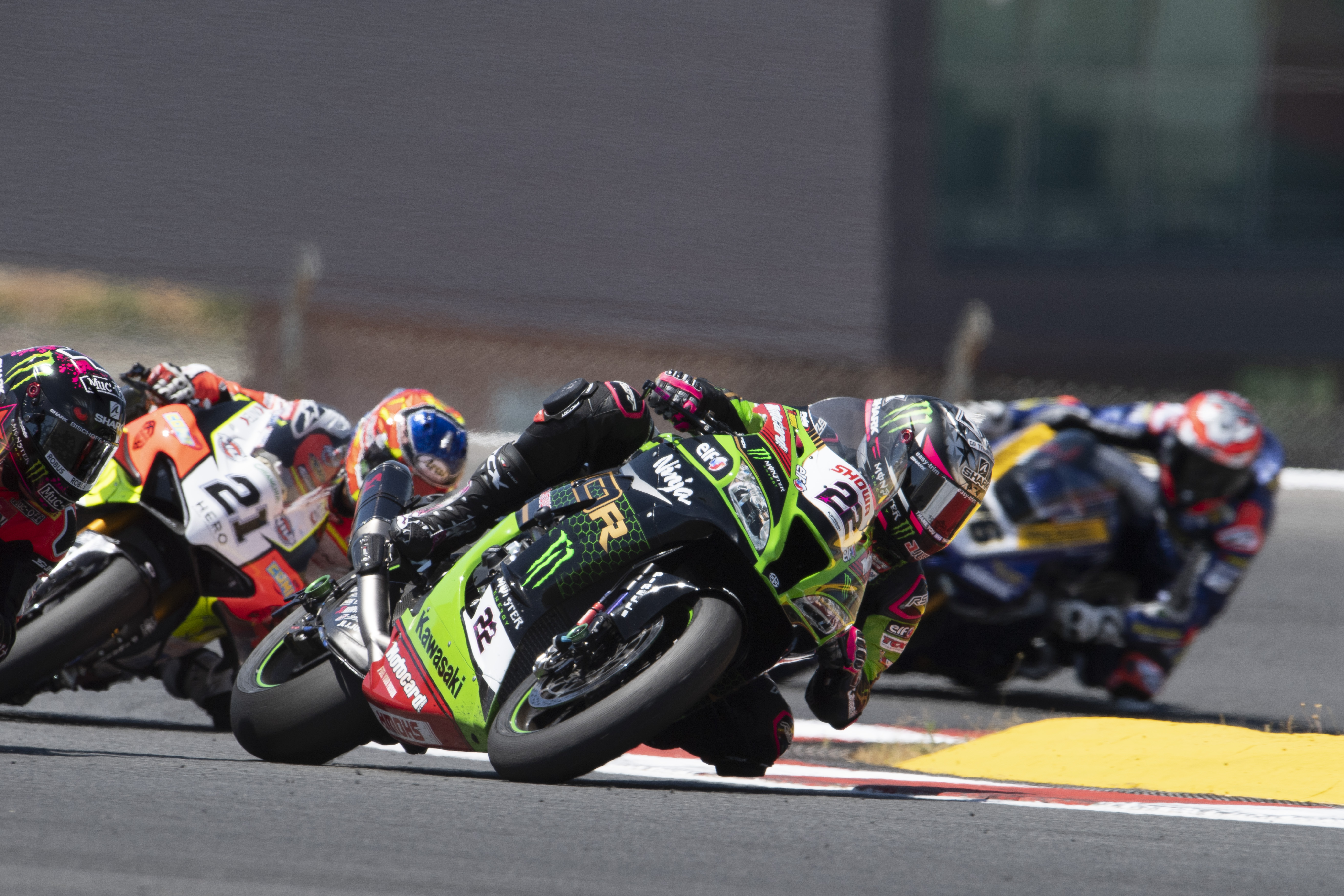