Loris Capirossi, riding with PUIG windscreens, produced a stunning performance to power his Rizla Suzuki GSV-R to fifth place at the San Marino and Rimini Riviera GP in Italy today.

Starting from 10th on the grid, Capirossi got a good start and managed to avoid the second corner incident that saw three riders crash. He got into a smooth rhythm in the early part of the race and, although the first ten laps were quite a lonely affair, he gave chase and hunted down Toni Elias before passing the Spaniard on lap 14. Capirossi then set his sights on Andrea Dovizioso and fourth place. The experienced Suzuki star caught the Honda rider and put in a great pass on lap 25, but unfortunately for Capirossi the final lap fight was won by Dovizioso.

Chris Vermeulen, also riding with PUIG,  can also take many positives from today's race. After a difficult weekend and getting caught up in the debris from the crash, he too put in a battling display to bring his Suzuki GSV-R home in ninth place to equal Rizla Suzuki's best combined race result of the season. His pace in the race was equal to a top six finish and without the first lap incident could quite easily have been fighting with his team-mate in the latter stages.

A crowd of just over 55,000 - mostly partisan Valentino Rossi fans - witnessed another almost flawless display from the current World Champion as he took his sixth win of the season and strengthened his grip on this year's title underneath beautiful blue skies and warm Italian sunshine

Rizla Suzuki now has an enforced break of three weekends due to the cancellation of this year's Hungarian Grand Prix. The next time the MotoGP field will be in action is early next month as it moves to the Atlantic coast of Portugal for the Estoril Grand Prix on Sunday 4th October.

"I am very disappointed and quite upset to lose fourth place on the last lap, I think we deserved it and it would have been a great result for the whole team, Suzuki and all the sponsors. Dovizioso was a little bit faster than me on the last lap and although I tried to close the door he overtook me quite fast. I tried to get him back but just didn't do it. We got better all weekend and it was a great race for us today and although I am upset at losing out on fourth - because that would have been the best result this year - we are certainly getting closer all the time and I think very soon we will be right up there."

"I got a good start and got past the whole row in front of me - including Loris - but then I was really close to the incident and everyone went so slowly all of a sudden. I went to select first gear and got neutral instead - so that really slowed me down. Then I ran over Colin's mudguard and lost a lot of momentum which allowed a lot of guys to get back past me. Espargaro was going well in front of me and it made it difficult for me to get past him and get some consistent lap-times. Once I got past him my speed was quick and good enough for the top-five. It's the same old thing though, we need to qualify better and get closer to the front and make life a bit easier. The guys all did a good job this weekend and the package worked well in the race, but our biggest downfall was outright speed because it made it difficult to pass. I am now looking forward to a short break, but I can't wait to get back racing again and challenging at the remaining GPs coming up."

"We came very close to our best result of the year - but it wasn't quite to be! It's true that three very capable riders went down in the second turn, but without doubt we had the pace to finish in the top five irrespective of that. Whilst the ‘aliens' at the very front were beyond us, to be battling with a GP winner like Dovizioso on a factory Honda shows that step-by-step our potential is improving. Both of the guys put in a strong performance and even though the weekend has thrown up a number of difficulties, which can often happen when you're changing a lot of things and looking to increase the performance potential, we can't complain at all about the race performance.  We will take a lot of positives from today as we try to take the next steps forward at Estoril next month." 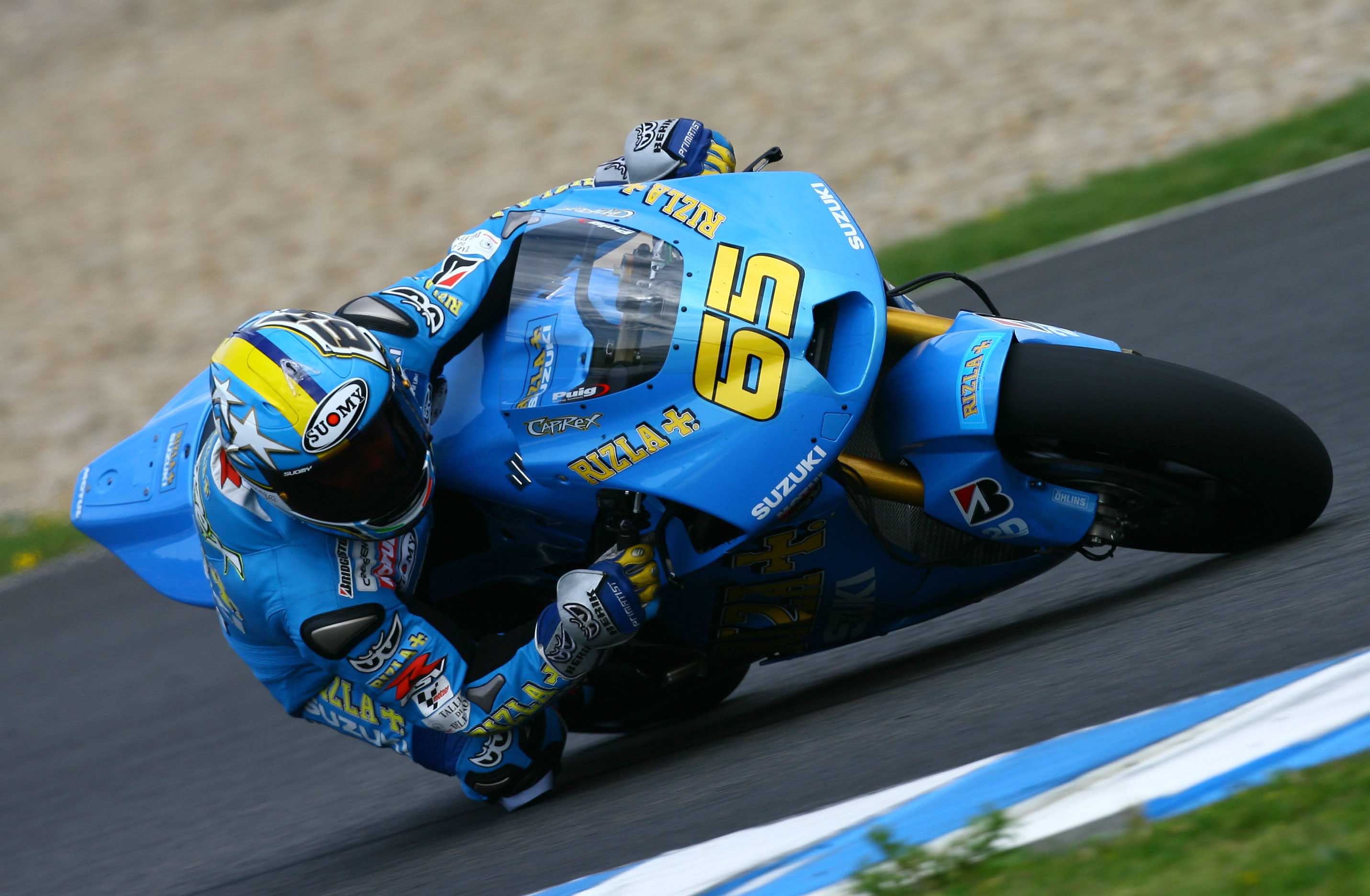 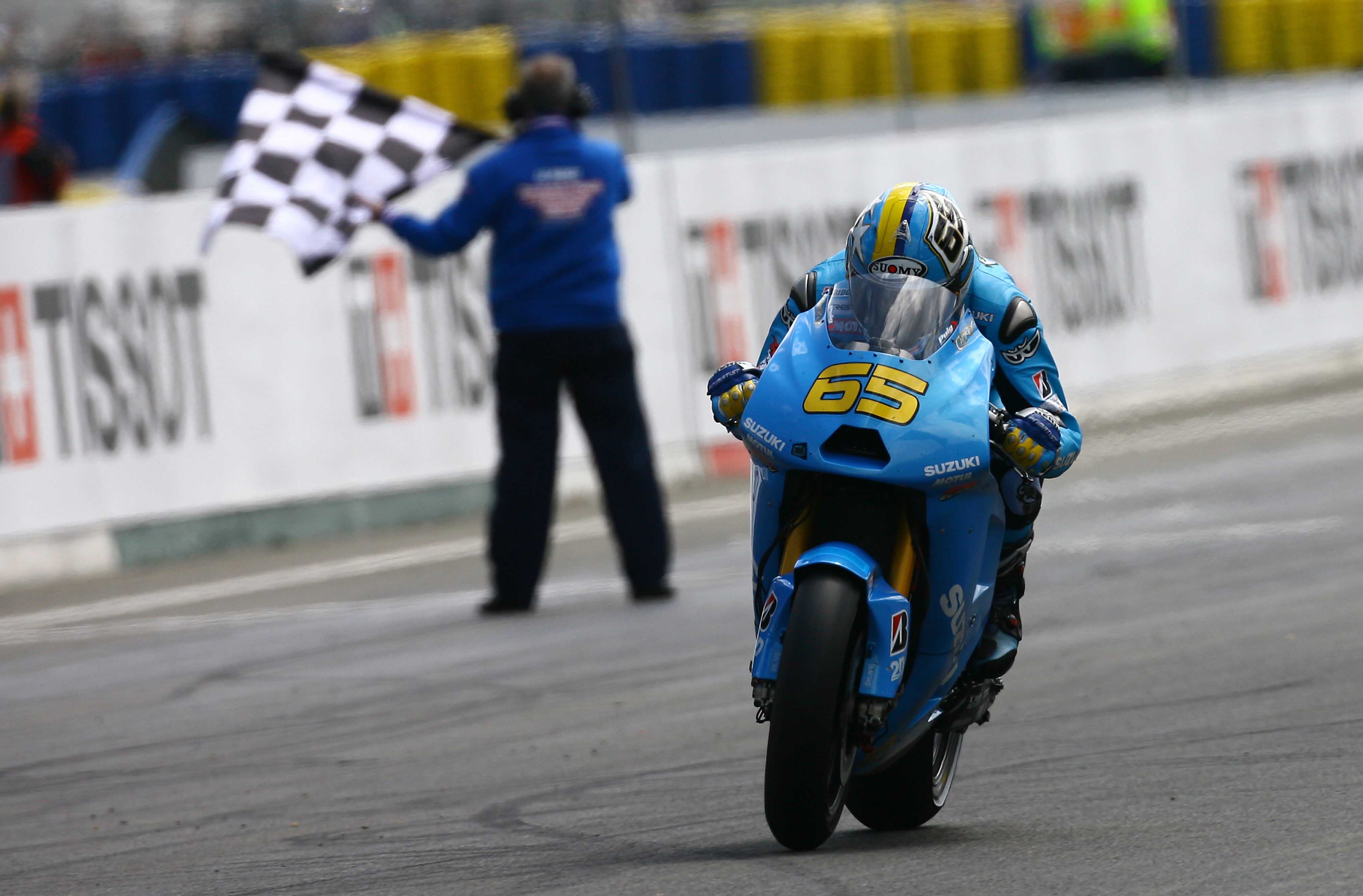