On August 3, 4 and 5, the grand prix of Brno took place in the Czech Republic. A special GP for the current champion Marc Márquez since it was his 100th career in the premier class.

During the practice session on Friday Dani Pedrosa was the fastest with a soft rear tire. The best position of Márquez was a third place, the HRC pilot focused on maintaining a race pace with used tires. In the qualifying session on Saturday with high temperatures on the asphalt, Marc Márquez finished third with just 0.275 from Dovizioso, who got the pole position and only 0.05 from Valentino Rossi, the second classified. Pedrosa had a good pace in FP3 and FP4 but in the chrono he could only get the tenth place.

In the race on Sunday, Marc Márquez fought for the first positions all and finally was satisfied with the third position, behind Dovizioso and Lorenzo respectively. In this way, the current leader of the classification collected valuable points for the championship, increasing the distance to 49 points with Valentino Rossi.
Pedrosa who started from the tenth position was able to overtake two positions in the final laps, finishing eighth.

The HRC pilots stayed one more day in Brno for a private test and left directly to Austria to run the next grand prix that took place on August 12. 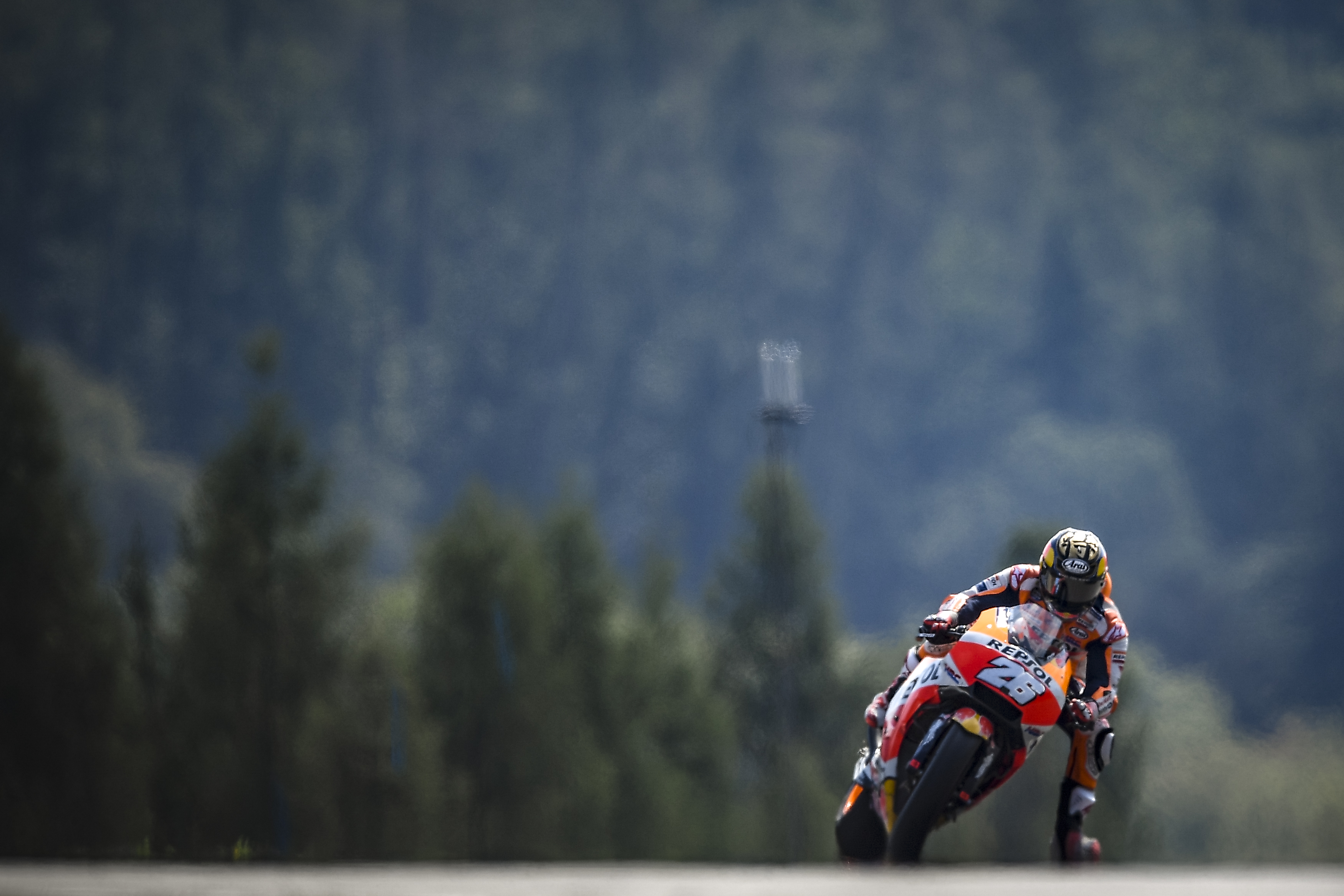