Álvaro Bautista was involved in a four rider crash on the first corner during today's Valencian Grand Prix that scuppered any chances of a successful end to the season for the Rizla Suzuki team, sponsored by PUIG.
Bautista had looked promising and confident in all conditions leading up to today's race and as intermittent rain fell on the track leading up to the start, tyre choice was always going to be important. Starting from fifth on the grid, Bautista got away in the pack heading for the first corner, but his front wheel was accidently touched by Andrea Dovizioso and Suzuki's Spaniard lost control of his machine. As Bautista fell to the floor his bike slid into Valentino Rossi, Nicky Hayden and Randy de Puniet, leaving the four riders stranded in the gravel trap and out of the race. Bautista tried to re-mount his GSV-R, but was unable to achieve it and walked back despondently, and uninjured, to the pits.
Today's race was preceded by a tribute to Marco Simoncelli, who tragically lost his life at the Malaysian Grand Prix two weeks ago. Every bike and rider from the MotoGP, Moto2 and 125cc classes completed a parade lap and then lined up on the grid - fronted by Simoncelli's bike - along with hundreds of Grand Prix personnel and guests to celebrate the Italian's life with two minutes of fireworks and applause.
This afternoon's race was watched by 75,774 fans at trackside and the spectators that braved the horrible conditions saw World Champion Casey Stoner take his 10th victory of the season. The event also marked the final race for former Suzuki rider and triple World Champion Loris Capirossi. He is retiring after 22 seasons in top level motorcycle racing and Rizla Suzuki would like to wish Loris and his family well for the future.
Álvaro Bautista:
"It has been a bad way to end the year, because before the race I was expecting to be fighting for the podium! In all conditions we had been fast this weekend and I thought we would have a good race today. In the first corner we all arrived together and I was between Andrea and Valentino. Unfortunately Andrea hit my front wheel with his rear tyre and I couldn't do anything to save the crash. The worst thing was that I hit three other riders and they crashed as well, I am sorry for them and also sorry for the team and all the fans. This year has been very tough, it didn't start very well when I broke my left femur and although we did a good job - especially in the middle of the season when I was totally fit, both mentally and physically - we haven't finished with that many good results. I got more and more confident in the bike as the season went on and the work we have done has been amazing, we have come such a long way. Thanks to Suzuki for all they have done and thanks to my team, they work 100% in all races and I think everybody has been able to see the improvement on the track. Thanks also to everybody that has supported me and Rizla Suzuki in 2011, and now we will have to see what happens for next year."
Paul Denning - Team Manager:
"The bad weather that seems to have followed MotoGP this year made conditions really tricky at the start of the race, but given that we didn't even make it around the first corner, it didn't make a lot of difference to us! It's obviously a very disappointing way to end the season, but frankly speaking I'm not particularly upset because all four riders involved are ok and we've seen recently how dangerous that type of accident can be - so we can all be very thankful that all the guys escaped unharmed. I don't think the crash was anybody's fault, it was just too many bikes arriving at one bit of tarmac, at differing speeds, on a slippery track - it's racing and it can happen!
"Rizla Suzuki and Álvaro Bautista didn't achieve the results we could, or should, have done in the latter part of the season, but I hope we've shown a lot of fighting spirit and a huge amount of performance potential. I'd like to thank Álvaro and the whole team for their consistent professionalism and enthusiasm. We'll do some testing here at Valencia with the current bike on Tuesday and hope that we will be able to announce some positive news in the near future." 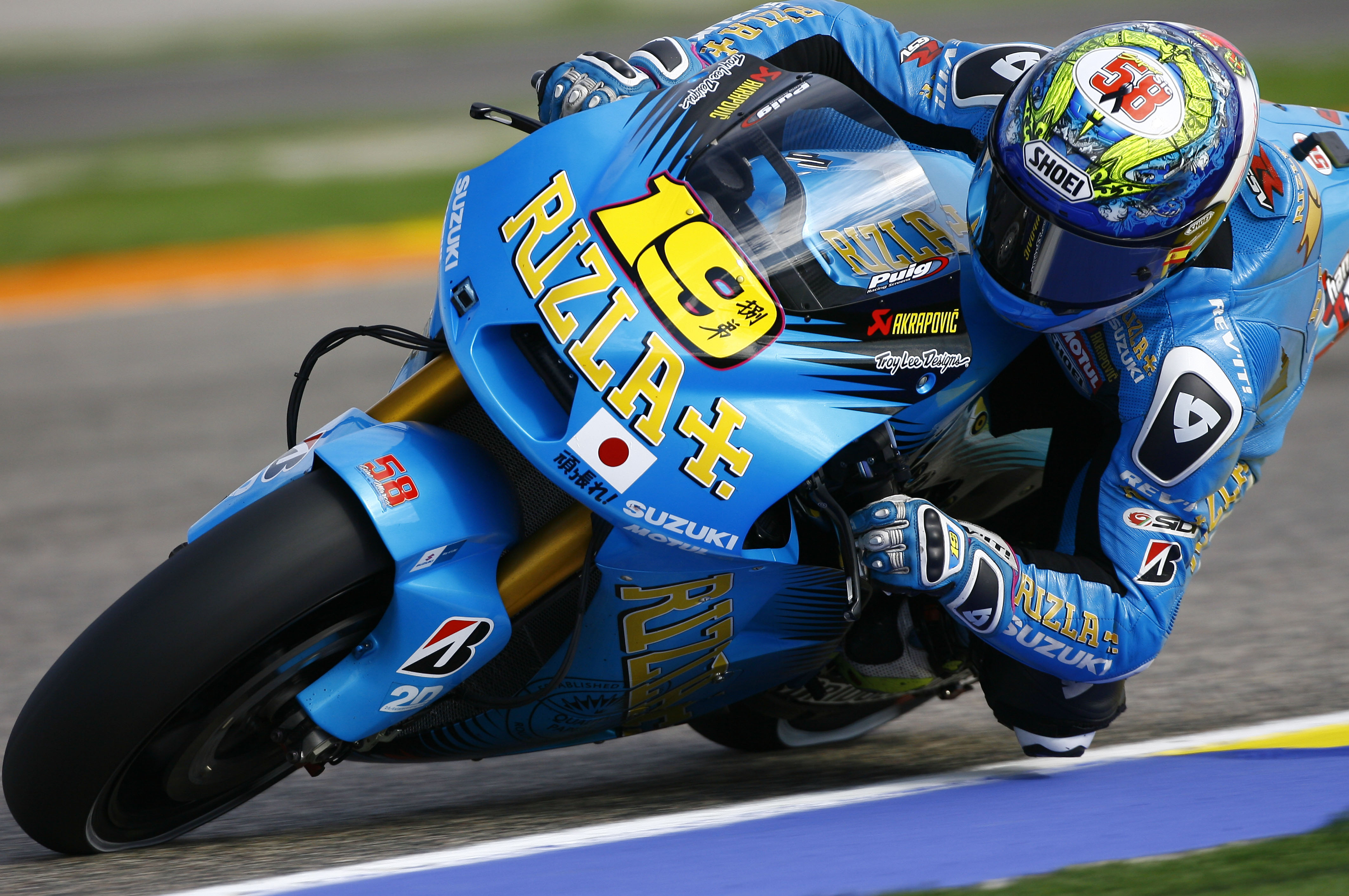 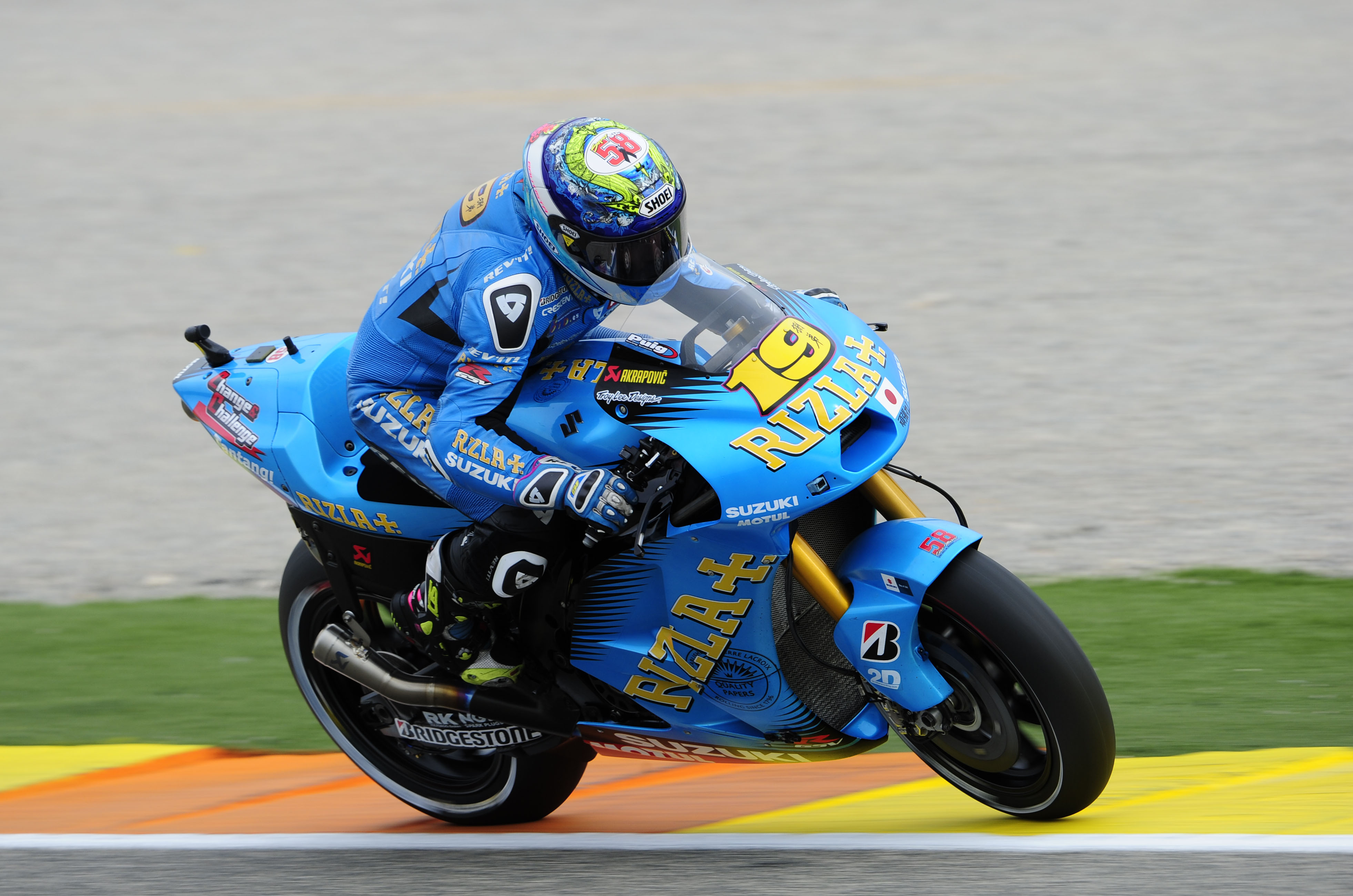 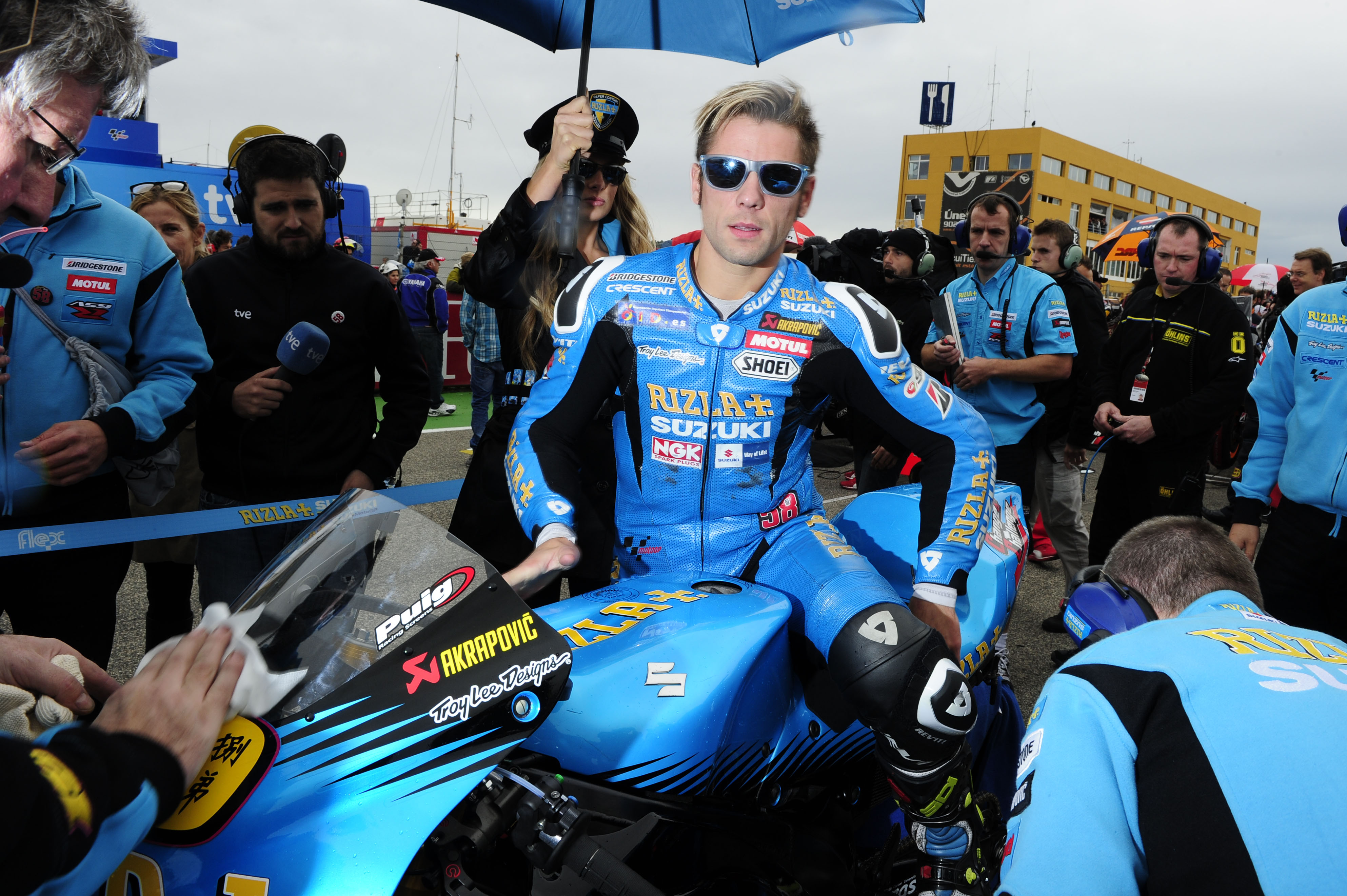 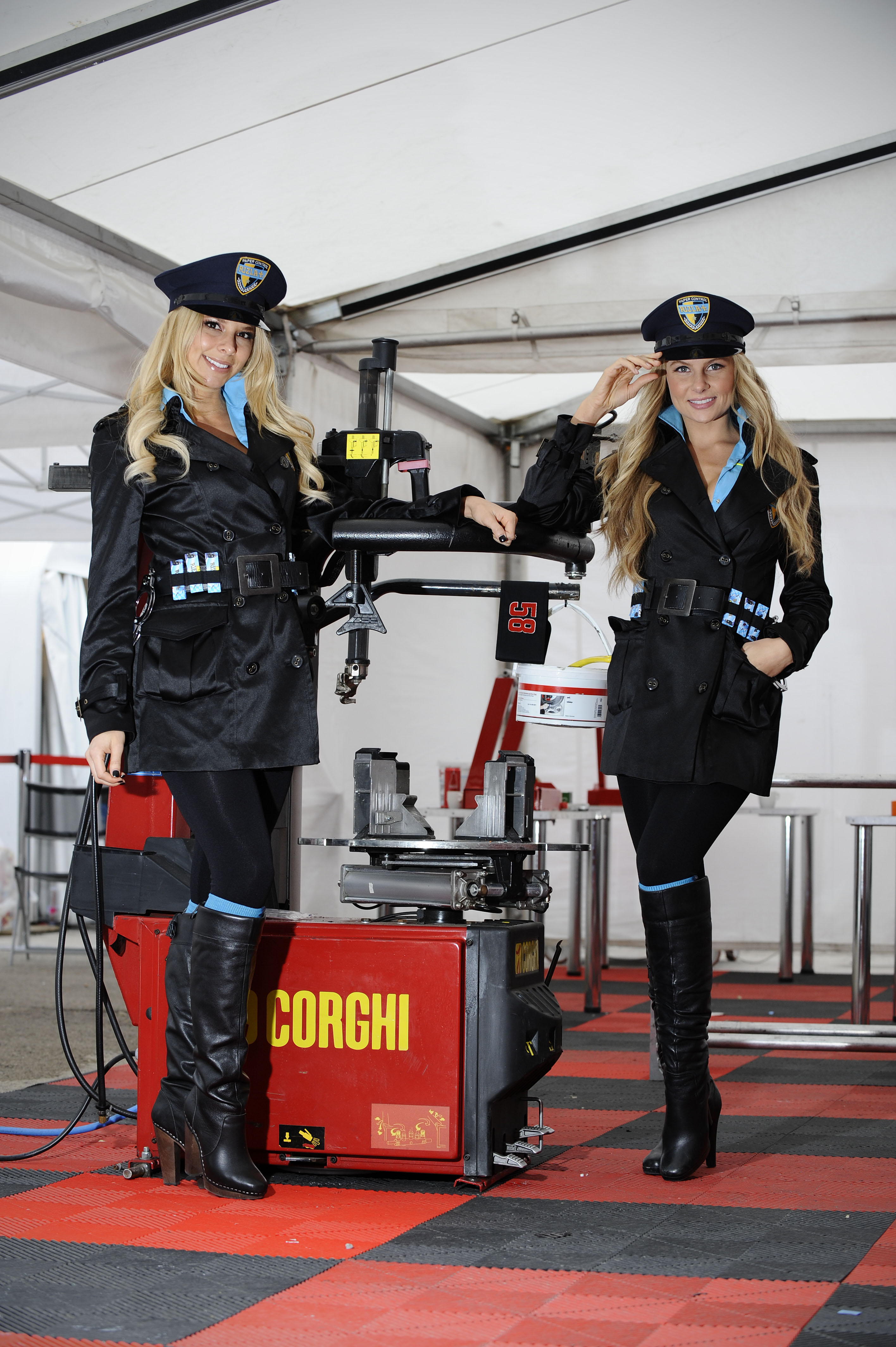