Bautista crashes out while challenging for the top-six

Rizla Suzuki’s Álvaro Bautista, sponsored by PUIG, ended today’s U.S. Grand Prix in the gravel after crashing out on the 14th lap of this afternoon’s race.

Bautista made a confident start from 12th on the grid and had moved up a place by the end of lap one. He produced a couple of very strong passes over the next few laps to move into eighth place and join the battle for sixth between the two Ducati’s of Nicky Hayden and Valentino Rossi. Bautista closed the gap on the pair and it looked like the crowd was in for a repeat of last week’s exciting battle between the three, but unfortunately Bautista low-sided his Suzuki GSV-R and, although he remounted his bike, he was unable to get it restarted and had to retire from the race.

The crowd of 52,670 that gathered on the hillsides that surround the Laguna Seca circuit were again treated to bright blue skies and brilliant sunshine, as they witnessed current championship leader Casey Stoner take his fifth victory of the season on a Factory Honda. Reigning World Champion Jorge Lorenzo was second with Dani Pedrosa filling the final podium place.

Rizla Suzuki and Bautista now embark on a short summer break before resuming the 2011 season at Brno in the Czech Republic on Sunday 14th August, when Bautista will be joined by John Hopkins who is making a wild-card appearance at the eastern European circuit.

“I am very, very disappointed after today and really frustrated because although we did a really good job all weekend, we didn’t get the result we deserved and I crashed. We tried many different things here this weekend and used a completely different setting to last year and we managed to get the same good feeling as we had in Germany. This is the best I have felt on a bike in my MotoGP career so I know things are moving in the right direction. I think we made a mistake on Friday and Saturday, because we didn’t try the soft front tyre in the afternoons. I think the hard tyre here wasn’t too bad, but it didn’t give me the feeling I wanted in the corners - the grip wasn’t too bad, but it just didn’t transmit enough information. For the race I started with a hard front and I now think it was a mistake not to use a soft one. I got a good start, but some riders closed up in front of me and I couldn’t get past, but I did make up one place on the first lap. I overtook some other guys and got behind the Ducati’s, but I was a bit far away and had to catch them up. My rhythm was really good and I had a lot of confidence in the bike, but I lost the front without any reason and crashed. I had entered that corner at the same speed and in the same place in previous laps so I don’t know what happened. I am happy with the work we did this weekend and pleased with my level on the bike. Before the crash I was fighting for sixth or seventh and I know we can be there now and we have to keep working at this level and higher in the next races We now have some time to relax and charge our batteries, so we can be full gas for Brno.”

“I am really disappointed today for everyone at Suzuki, Rizla, the team itself and of course for Álvaro. Starting from 12th was never going to make the job easy, but a very aggressive first couple of laps, and then settling in to a good rhythm saw him right back in the fight and another entertaining duel with the Factory Ducati’s was on the cards. Equally, once the race settled down, our lap-times were not so different from Dovizioso and Spies battling for fourth, so despite today’s’ disappointment there are a lot of positives to take from this weekend at Laguna Seca. We’ll be arriving in Brno with two riders and looking to keep the positive momentum going!” 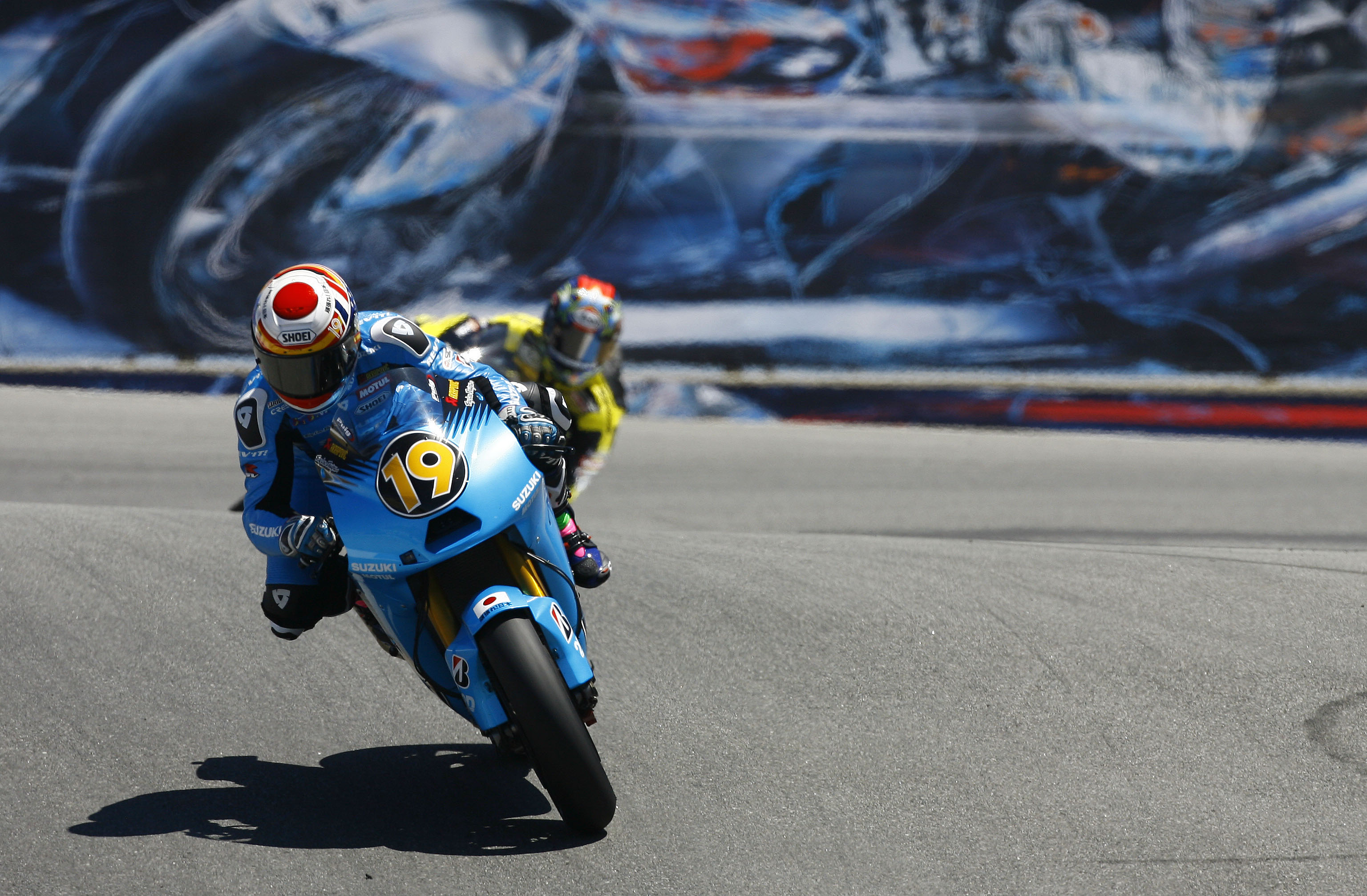 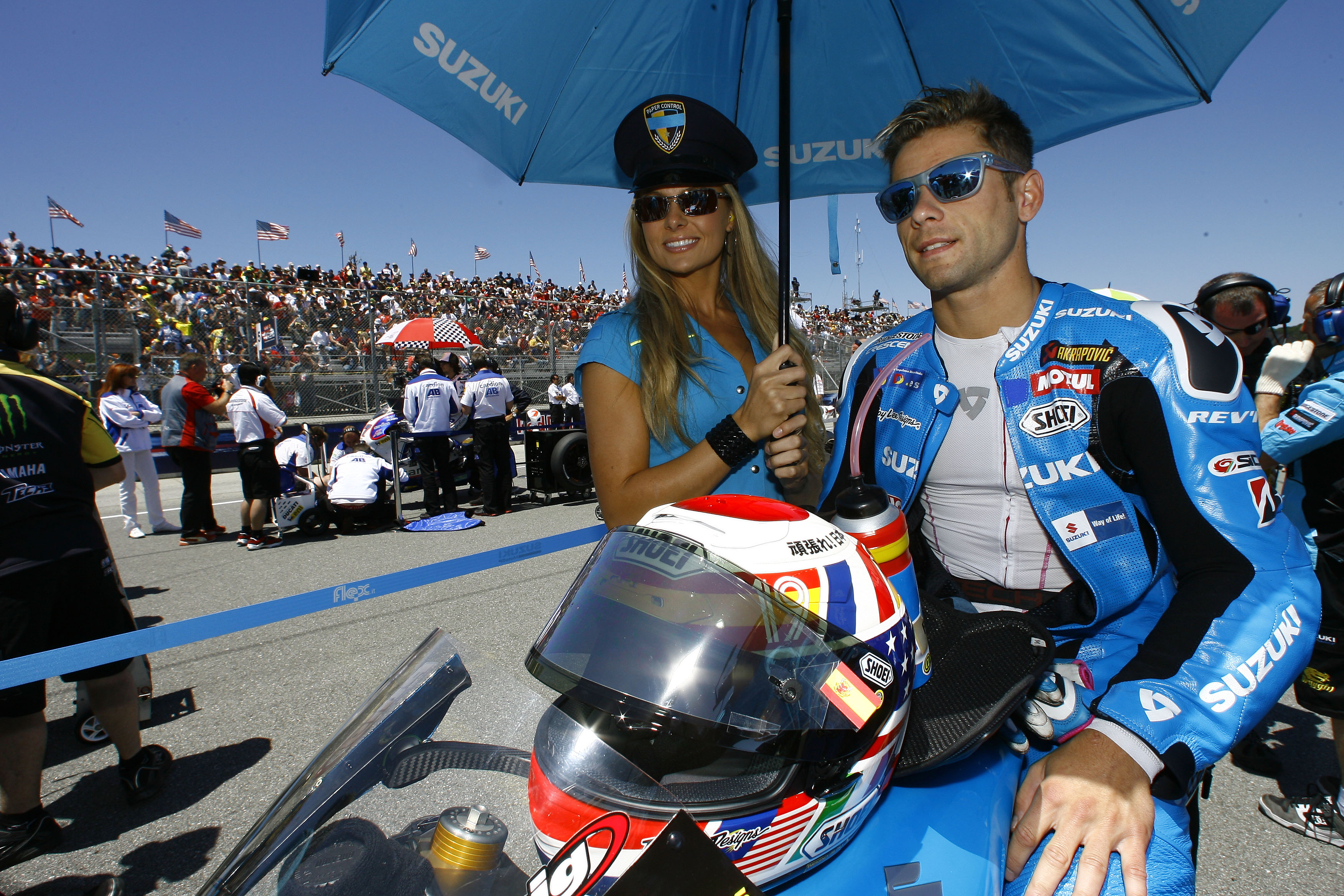 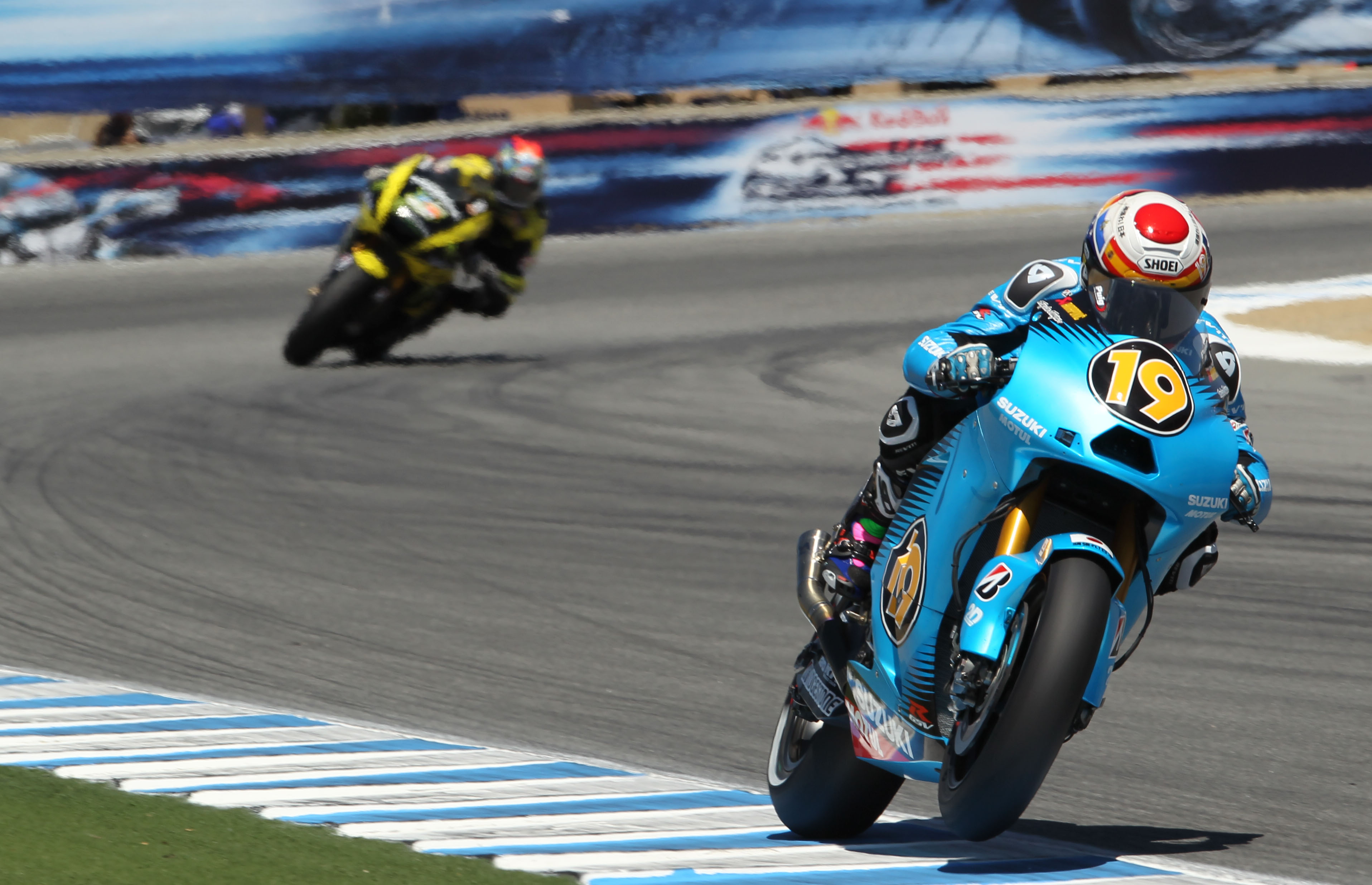 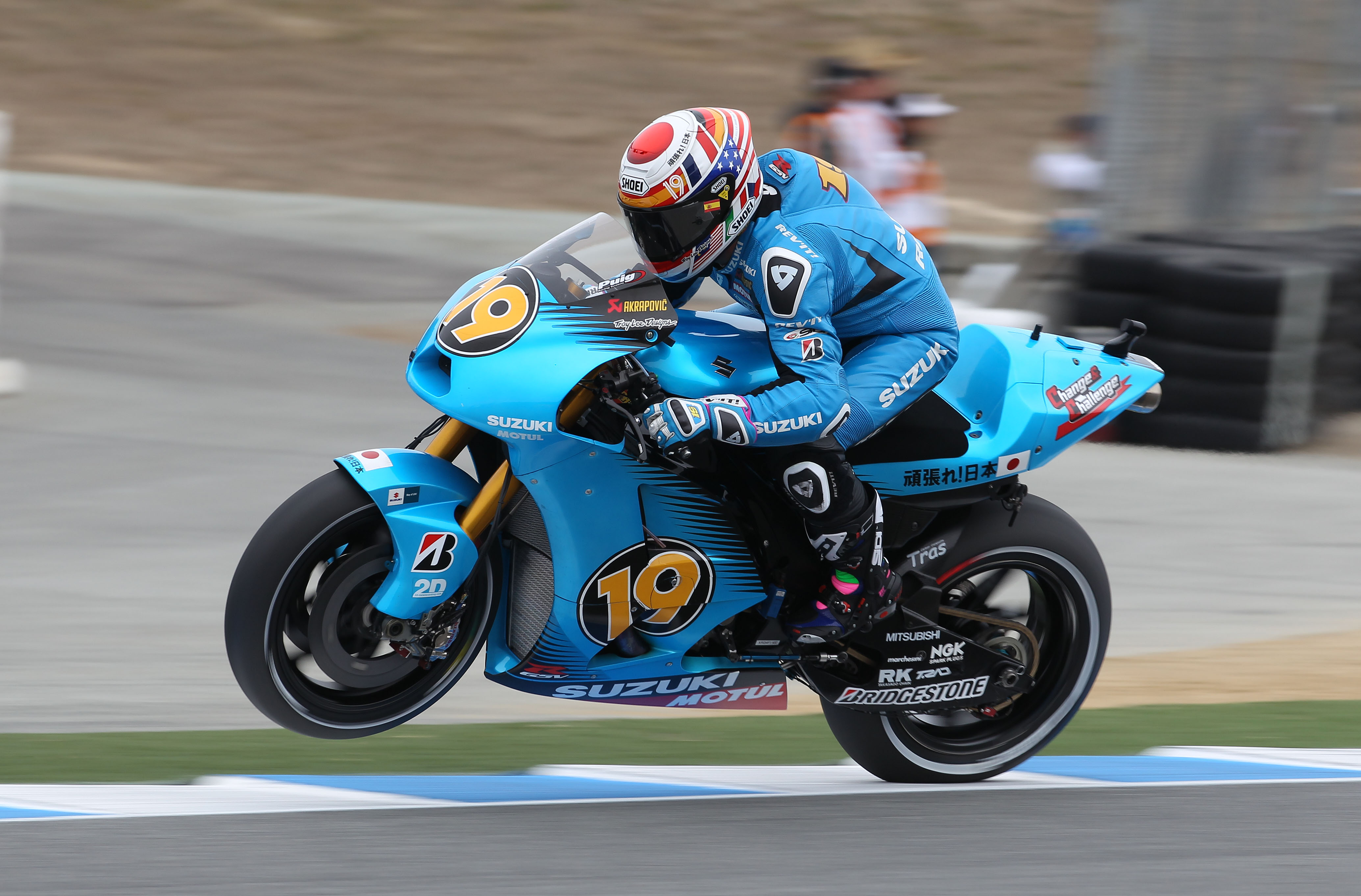 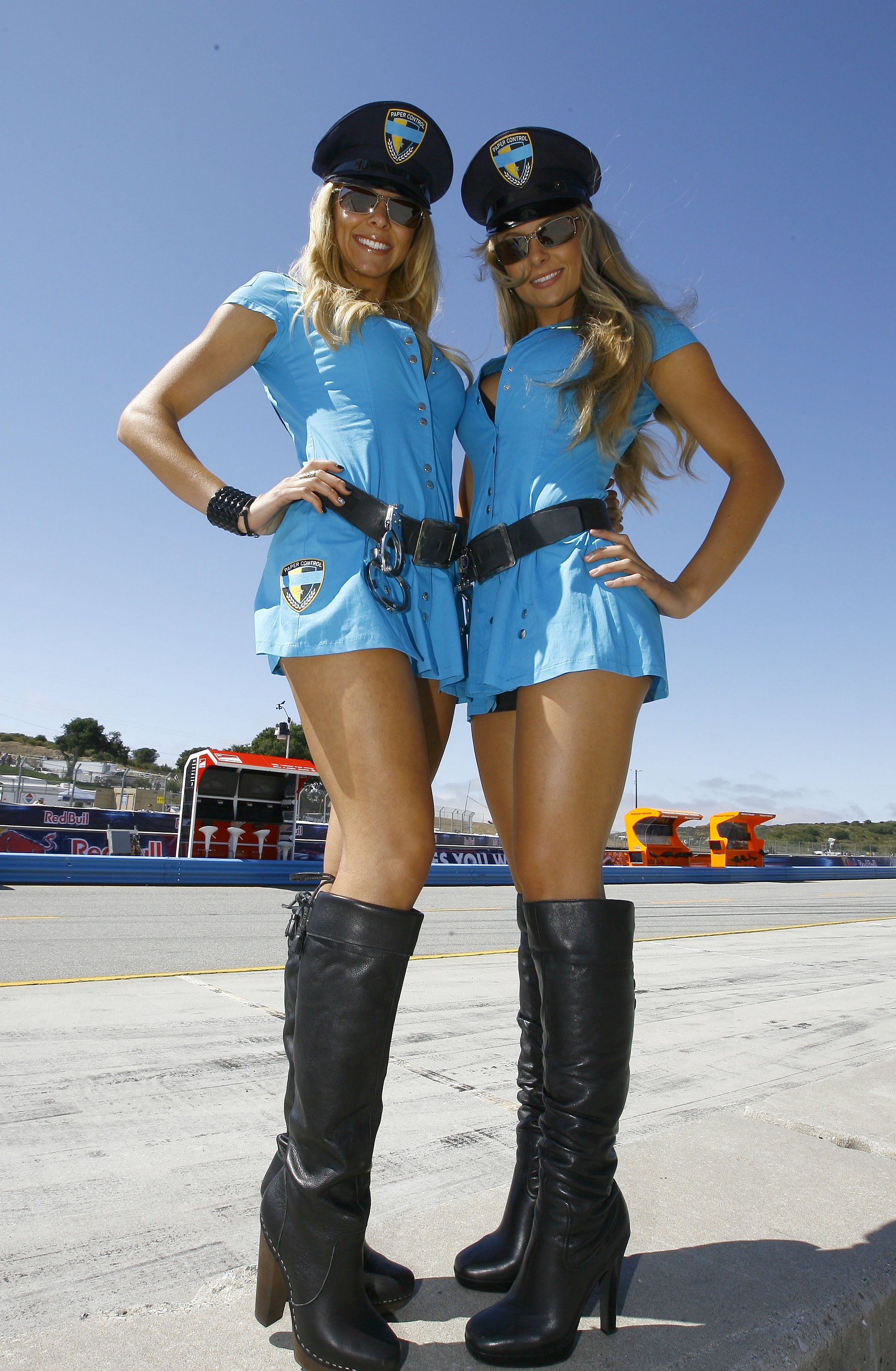 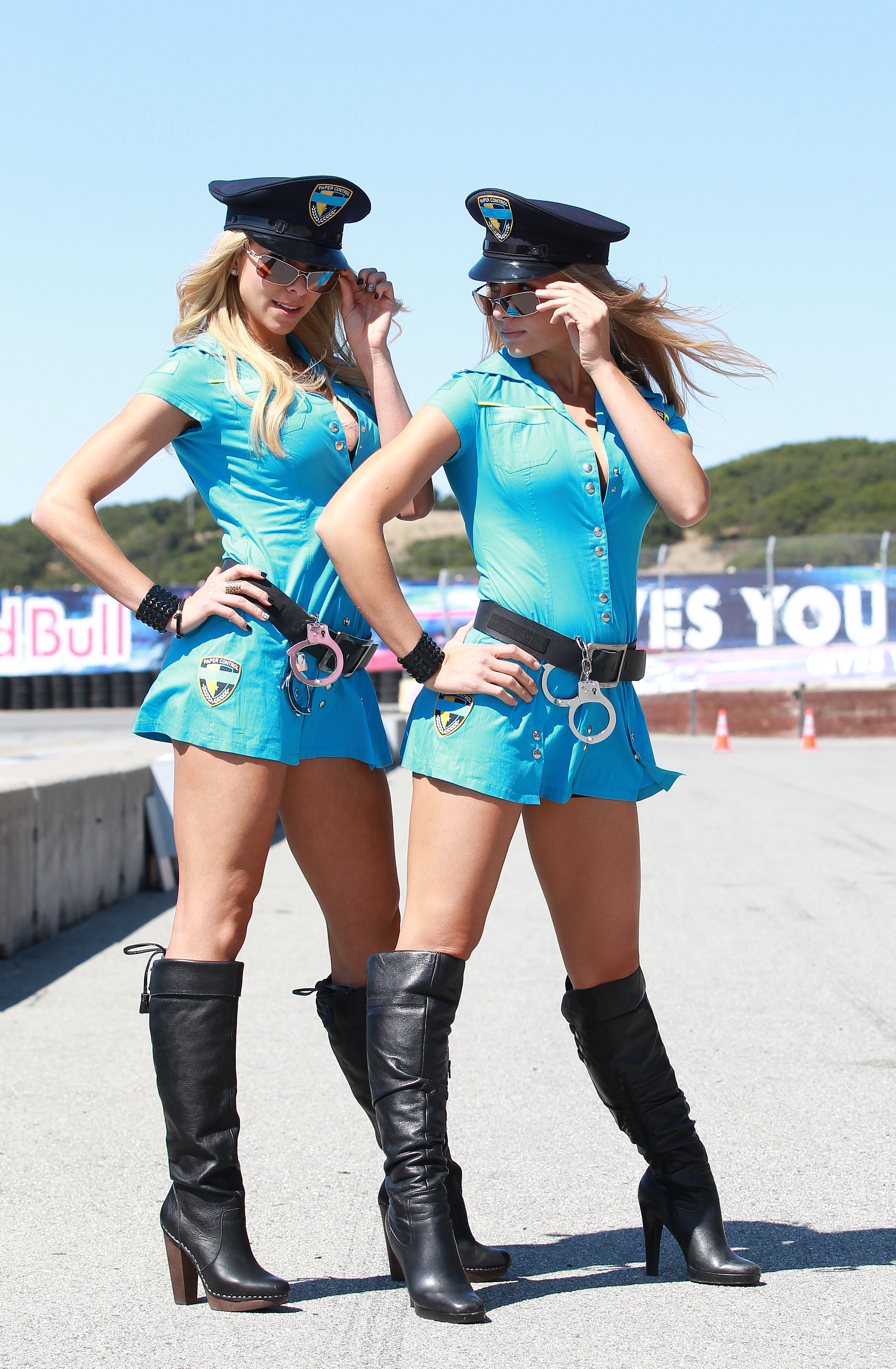