Rizla Suzuki's John Hopkins, riding with PUIG windscreens, raced his Suzuki GSV-R to a stunning top-10 finish at Jerez today in his first MotoGP race since 2008.
Hopkins started from 14th on the grid and got a good start that promoted him up the field on the first lap. As the riders settled down he became part of a six-rider battle for eighth place and was regularly trading positions as the race developed. With the final few laps looming Hopkins had extreme grip issues, causing him to lose some hard earned positions, but he still managed to keep a steady momentum and, as other riders were struggling to stay upright, Hopkins rode a smooth and controlled last part of the race to secure a well deserved 10th position for the Rizla Suzuki team.
A crowd of 123,750 fans braved the rain that started to fall on the Jerez circuit from early in the morning. An eventful race saw many riders crash and re-mount in the difficult conditions and early leaders Casey Stoner and Marco Simoncelli crash out of the race completely - along with three other riders who were unable to continue after crashing. Local hero and current World Champion Jorge Lorenzo rode to a convincing victory of over 19 seconds from compatriot Dani Pedrosa.
Rizla Suzuki will next be in action at the Portuguese Grand Prix at Estoril on Sunday 1st May, although nothing has yet been confirmed as to who will replace regular rider Álvaro Bautista if he is unable to compete due to the injury he sustained at Qatar.

John Hopkins:
"Well, I finished where I wanted to - I certainly wanted to get into the top-10! That was the goal for the whole weekend, but I did wonder if it was going to be a reality when I started on Friday. We pushed right from the start of practice and chipped away little-by-little to bring the lap-time down and just went about the job as professionally as possible. My main target at the start of the race was to try and jump up as many places as possible and get up into the group, because I knew that if I was in there I would be able to follow some guys and do the lap-times. We made up some positions early on, although I dropped back a few places and made a few mistakes - including a huge moment in turn three when I lost the rear and hit the paint - the bike was 90º sideways underneath me, when I should have been going forward! I was able to keep it upright and hang on to a group that included a couple of Ducati's and some other guys in a battle for eighth. Then suddenly the tyres dropped off a lot, but this was my first time in the wet for a while on a MotoGP bike and I'd never used the Bridgestone wets, so we didn't have the electronics set completely in the right way and I chewed up the tyre way too much at the beginning of the race. I dropped off the pace quite dramatically for the last part of the race and I saw many riders crashing, so I knew I was close to the top-10, but my main aim was to finish and bring the bike home.
"It has been an amazing weekend and I'm so grateful - again - to Rizla Suzuki for giving me this great opportunity, it's been great and I've really enjoyed it, just to see everybody in the GP paddock has been awesome! Hopefully in the future you'll see more of me here, but for now I need to concentrate on the BSB championship and we'll see what happens. I once again want to say how thankful I am for this chance and it was great to see my 'away-from-home family' in the Suzuki garage again!"

Paul Denning - Team Manager:
"John said to me yesterday that a top-10 would be a dream result in his comeback ride and to achieve it was richly deserved. He's not put a wheel wrong all weekend, made no mistakes and shown clearly both his potential and that of the GSV-R. The race itself was crazy and just to keep the bike on two wheels for the last third of the race was an achievement in itself. It's actually a shame that we used up the tyres more quickly than some of our competitors, because for the first 10-laps John was in a six-way battle for eighth place and quite comfortably matching the lap-times and manoeuvres of those around him. It's the first time the 2011 bike has been used in the wet so the data from today should allow Suzuki and the team to make the bike a little more user friendly on the tyres. I would like to pass on my personal thanks to John for the fantastic job he did here in Jerez, he showed true professionalism and it was a pleasure to have him back in the team.
"It was also great to have Álvaro here this weekend to support the team; we really appreciate his efforts to drive down from Madrid. He's looking well and the recovery is going in the right direction. We hope to make an announcement regarding our plans at the next two races as soon as possible." 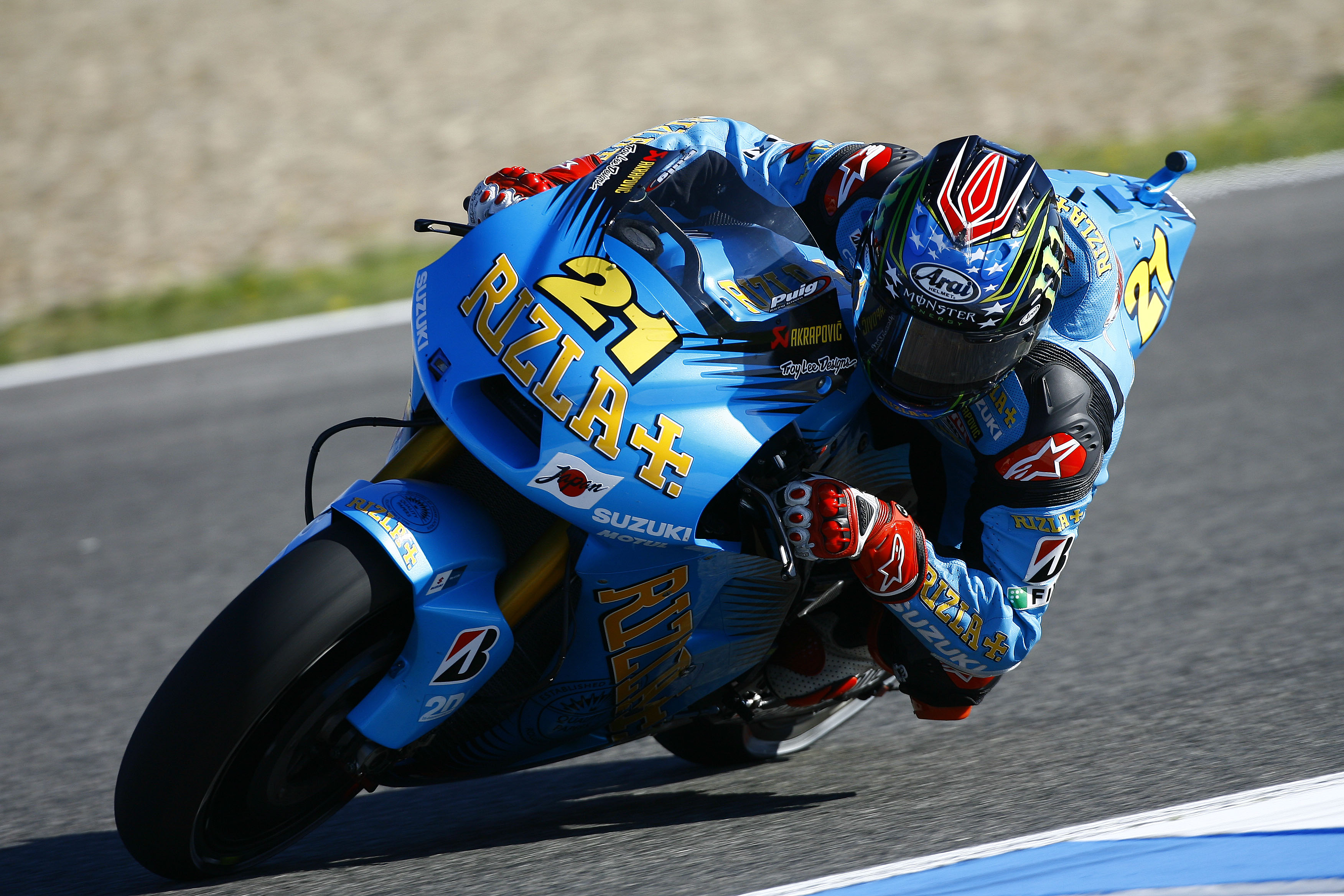 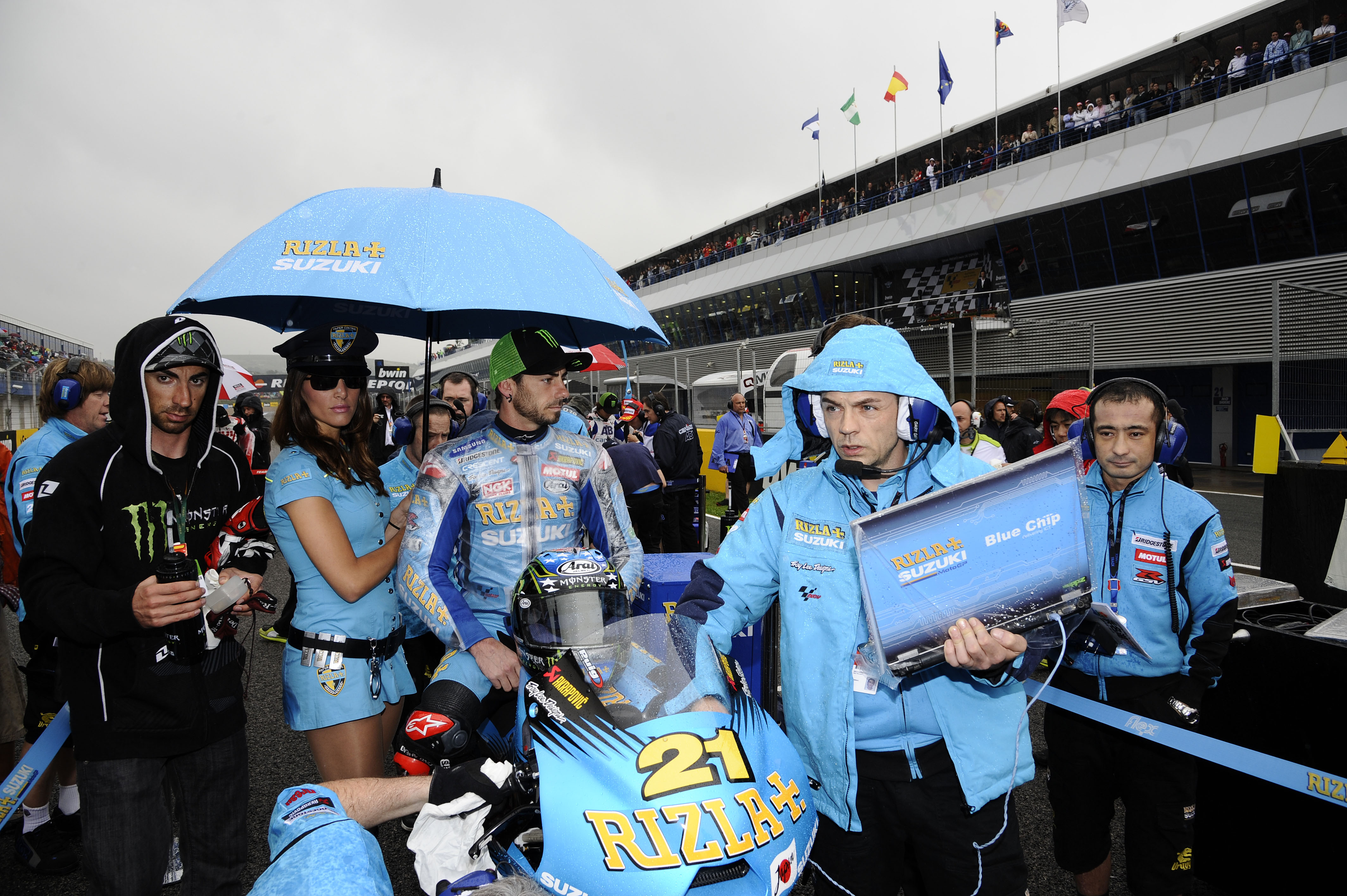 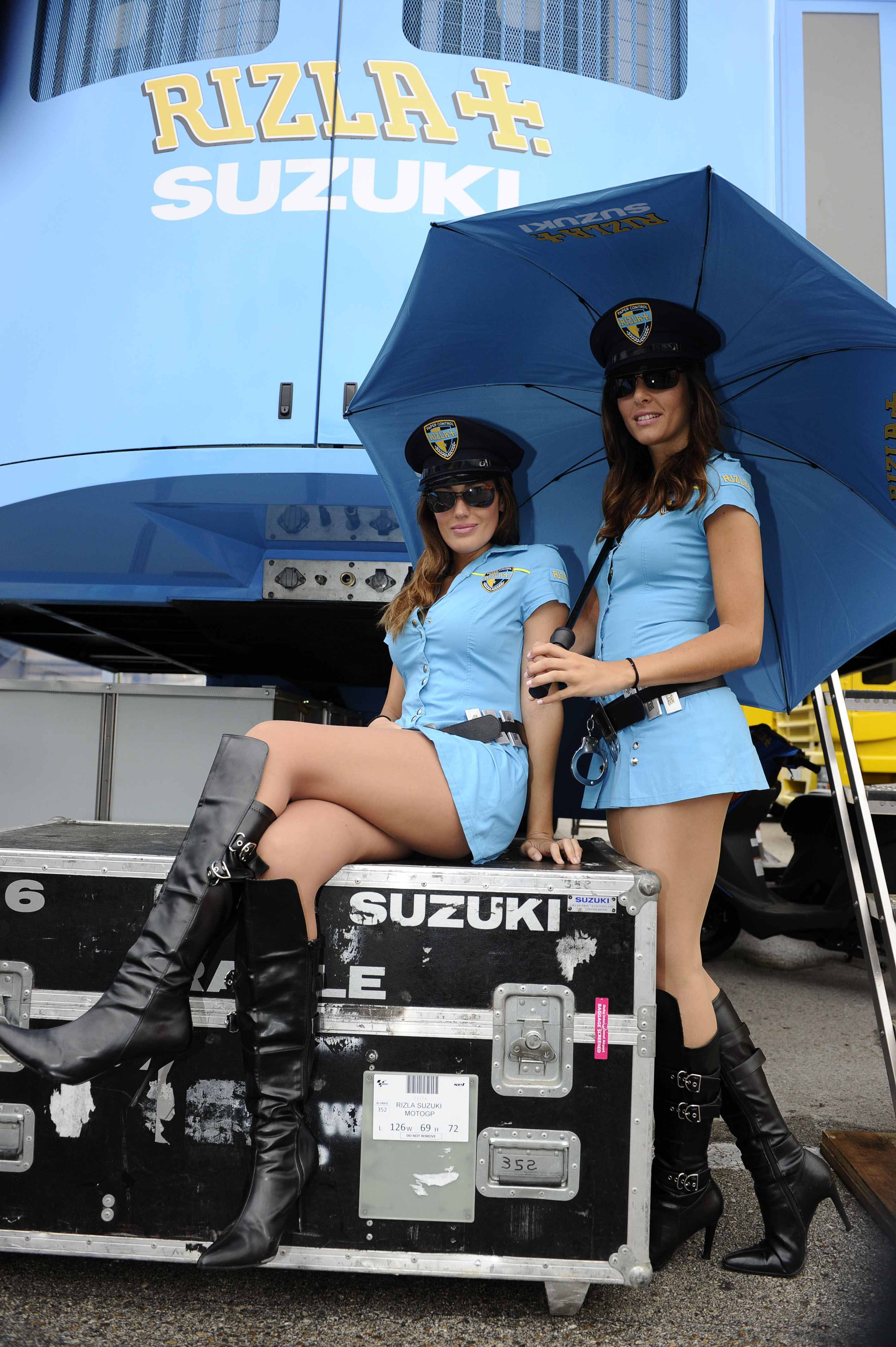 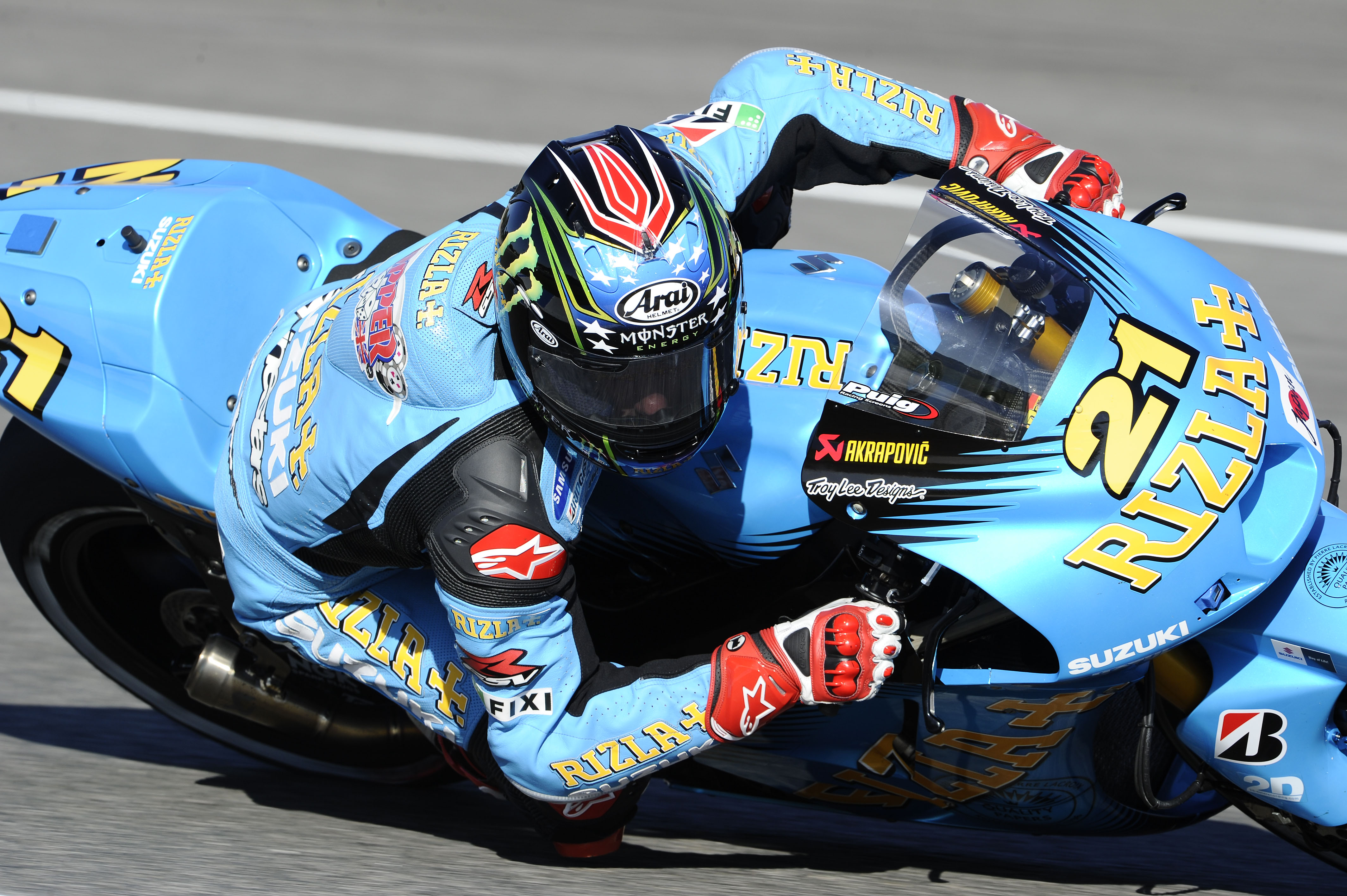