New 2017 FIM Superbike World Champion Jonathan Rea (KRT) secured a cherished first-ever win at Jerez after race long pressure inside the podium positions paid off at the end. Tom Sykes (KRT) was also in the podium fight throughout, from his fourth place on the grid, taking third place. This was Sykes’ 100th podium finish in WorldSBK.

An incident that saw two riders crash out on the first lap of the original 13.00 race start brought out the red flags and the race was restarted at 13.21, over a shortened distance of 19 laps.

Having finished second in Superpole Rea was in contention for the race win from the start, taking the lead for six laps before Marco Melandri came past.

Getting involved in a fight with Chaz Davies for a time in the mid-section of the race, Rea eventually got free and started to pursue Melandri again. Rea was gradually catching ground to the lead as the race unfolded, with both Rea and Melandri setting lap records on the new Jerez track surface.

After Melandri’s bike experienced a technical issue Rea re-took the lead and won by just over a second from Davies, his first ever WorldSBK win at the 4.423km Jerez circuit.

After an early issue while changing gears Sykes had been part of a train of four leading riders, which became six after he had clipped some trackside gravel on lap five, dropping back from immediate contention with the leading group before recomposing himself and pushing on again.

Racing at high pace just behind Chaz Davies - his rival for overall second in the championship - Sykes tried all he could to get back ahead before the chequered flag. He finished just under half a second behind, in an eventual third place after Melandri’s exit.

Sunday’s race, again scheduled for 13.00, will now see Rea and Sykes start from the third row of the grid, as they finished on the race one podium. 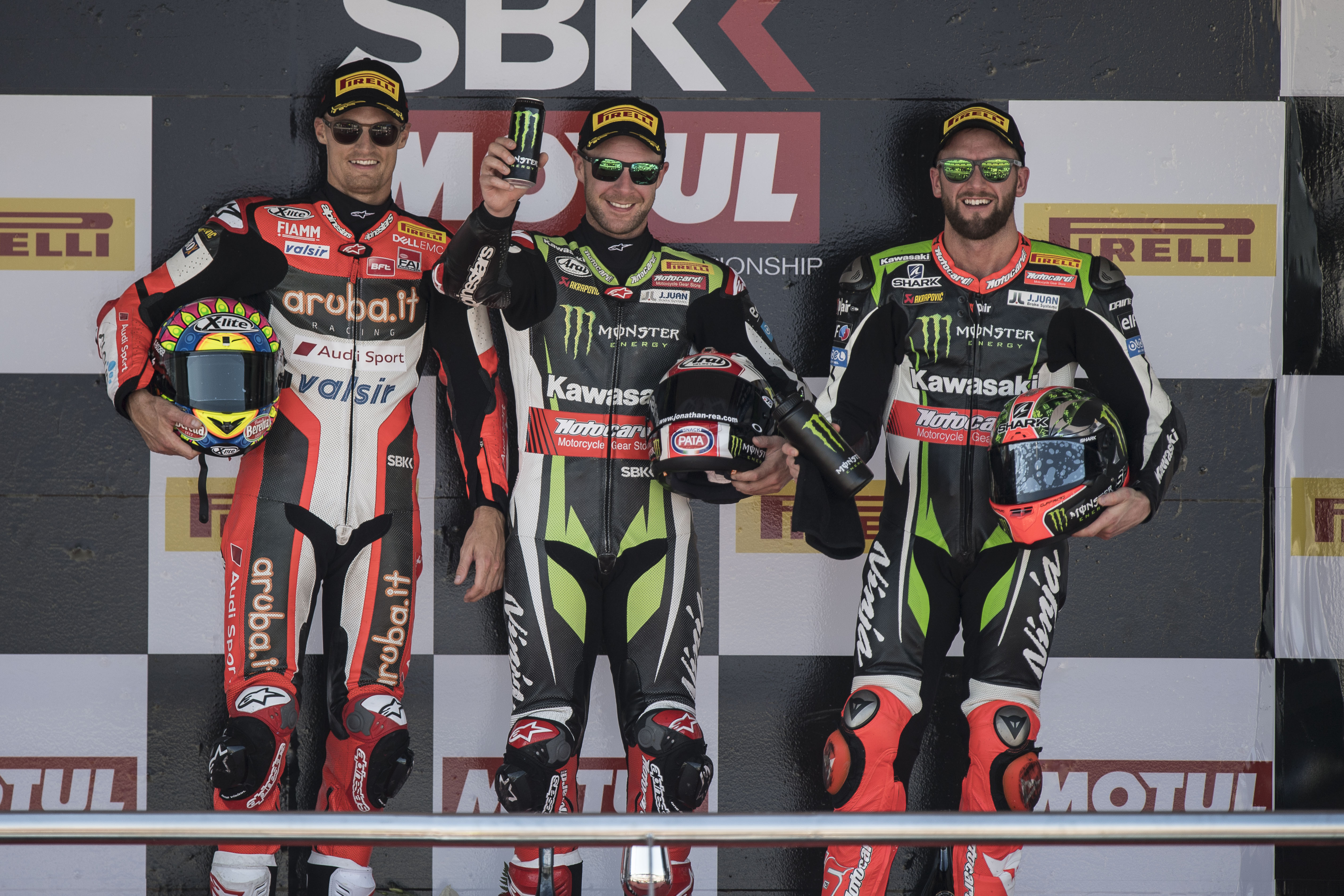 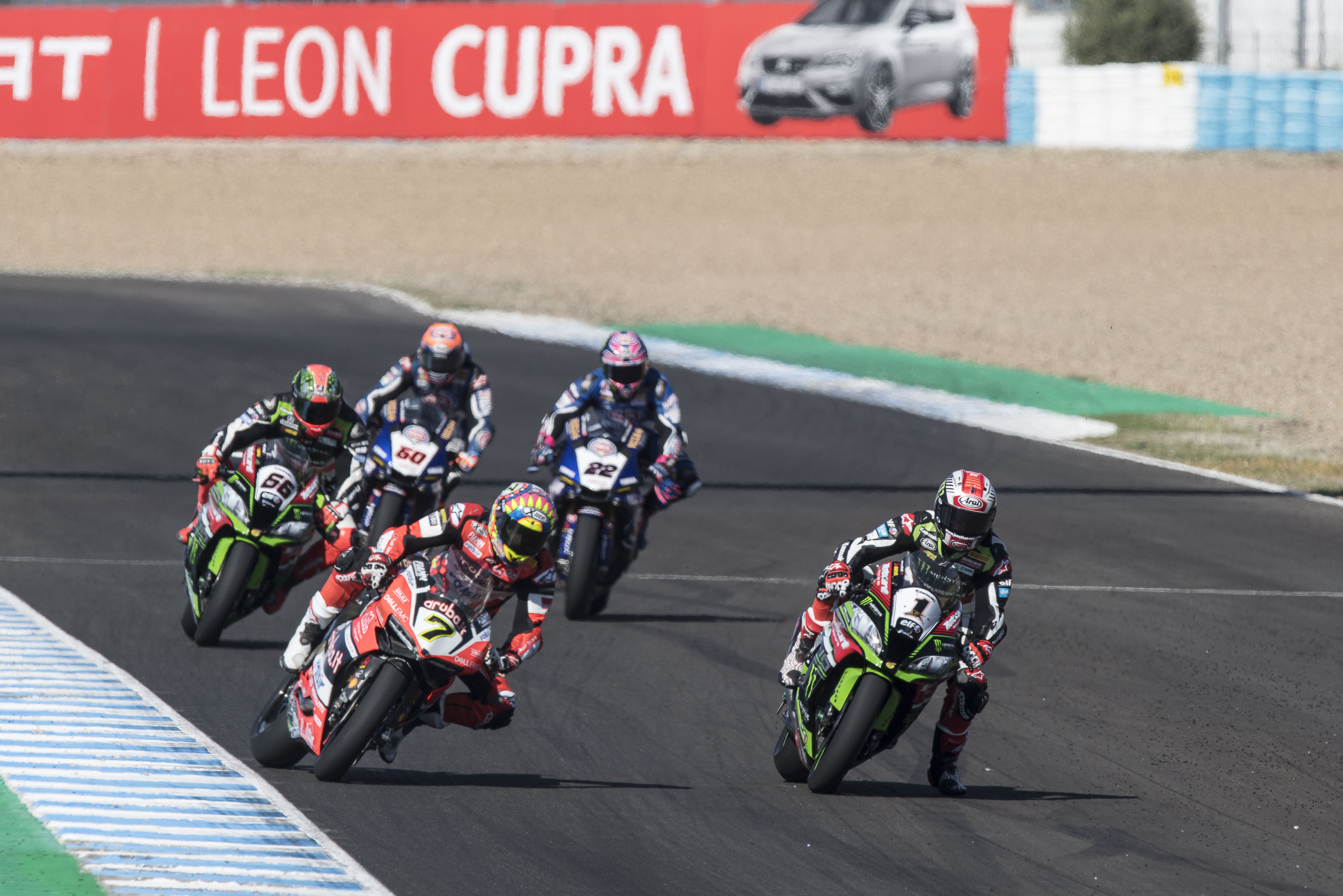 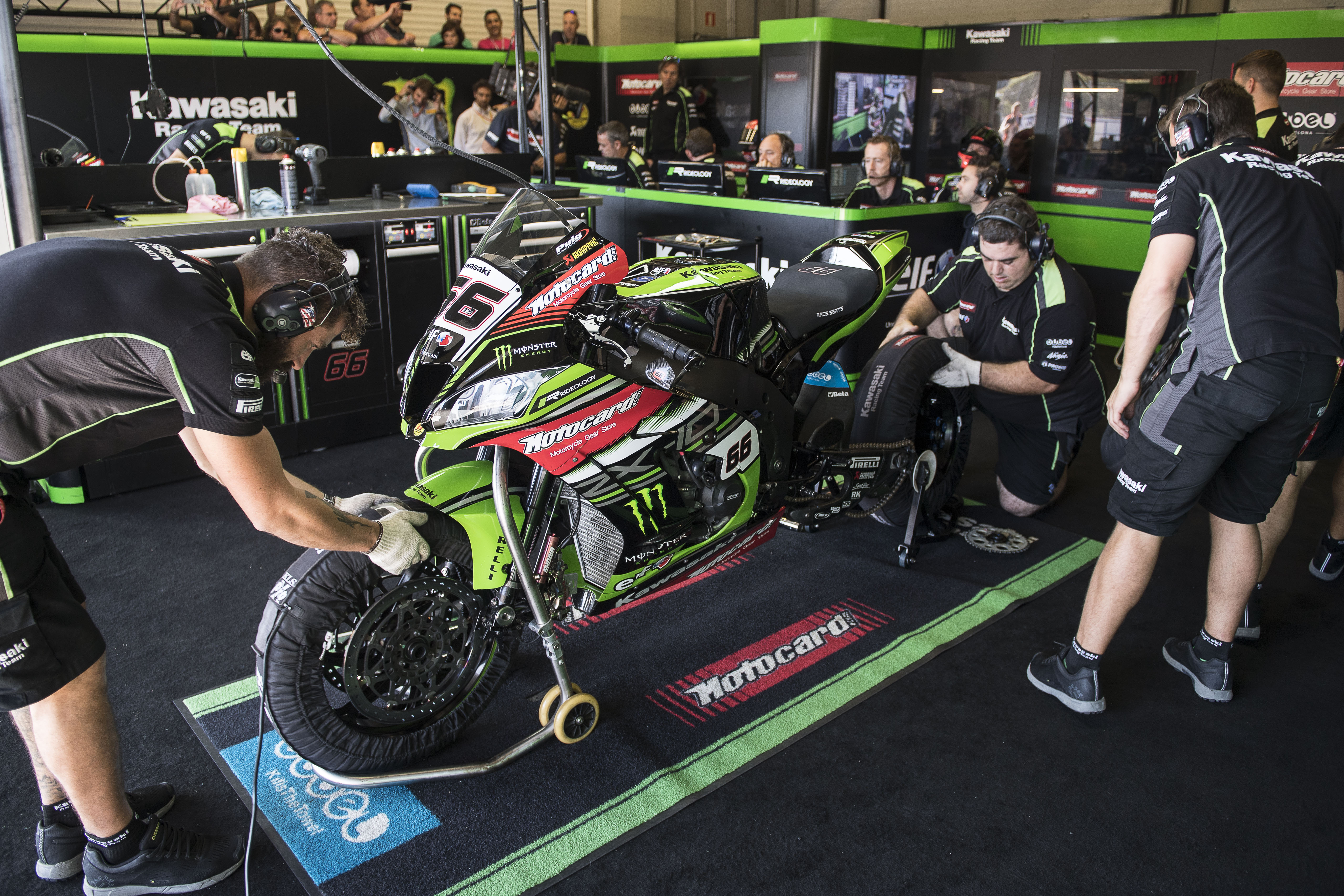