As a long-time participant in WorldSBK Kawasaki has enjoyed success since the very first season, with French rider Adrien Morillas on a GPX750 winning the first trophy for the Japanese manufacturer at the Hungaroring in 1988.

The most recent win for Rea, on the Ninja ZX-10RR today, put Kawasaki into the history books as only the third manufacturer to reach this landmark of 100 race victories. A total of 12 riders have won races for Kawasaki at the highest level of production-derived racing.

Speaking about the first ever Kawasaki win in this class, in changeable conditions during race two at the Hungaroring in 1988, Morillas – once a racer and always a racer - stated, “At that time I was mainly thinking about how to be the second Kawasaki race winner as well! Of course it was a great feeling to be the first winner for a brand and to know that it will remain forever in the statistics.”

Of the 100th win milestone for Kawasaki Morillas said, “Now I want to give a 100 times bigger congratulation to Kawasaki and KRT. Personally, I feel a bit older now but here’s to the 200th milestone!”

Jonathan Rea, 100th Kawasaki race winner, stated just a few minutes after taking his latest race victory, “There was a little bit of pressure for the 100th Kawasaki win and I was thinking about it today. From half race distance I said to myself that it has to be me today. We managed the race perfectly and I even managed a nice little stand-up wheelie at the end!”

Yasuhisa Okabe, Senior Staff Officer, KHI Riding Technology Department, stated: “I am happy, to be honest, with reaching 100 WorldSBK race wins. We will dedicate this victory to the Kawasaki family around the world. Kawasaki will continue to develop inside the Superbike World Championship.”

Speaking on behalf of WorldSBK organizers and rights holders Dorna, Championship Director Dani Carrera, stated, “Kawasaki are a vital manufacturer for our series and to see them take their 100th win is an honour for us, as we witness history being made. They have provided the MOTUL FIM Superbike World Championship with some fantastic racing throughout the seasons, and to have them continuing to battle in our championship is something that we are very proud of. We look forward to seeing them fight to take their 200th victory.” 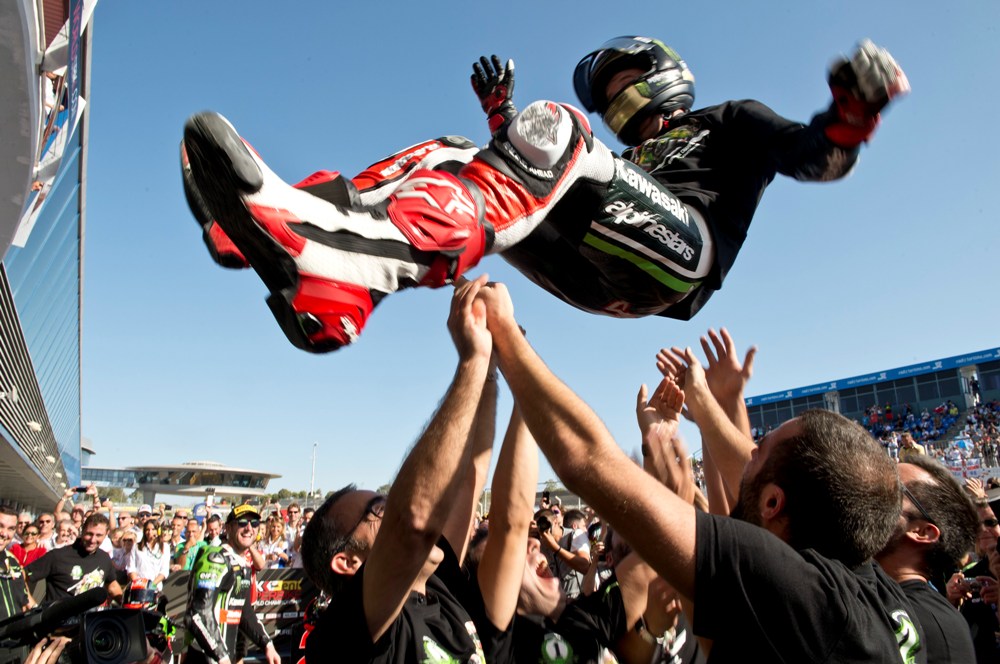 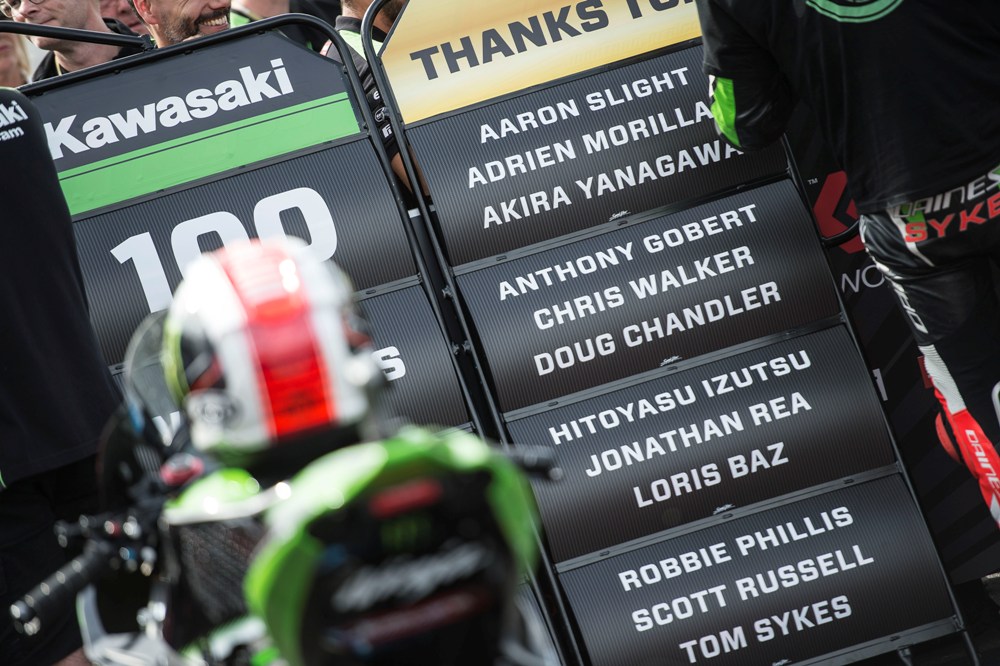 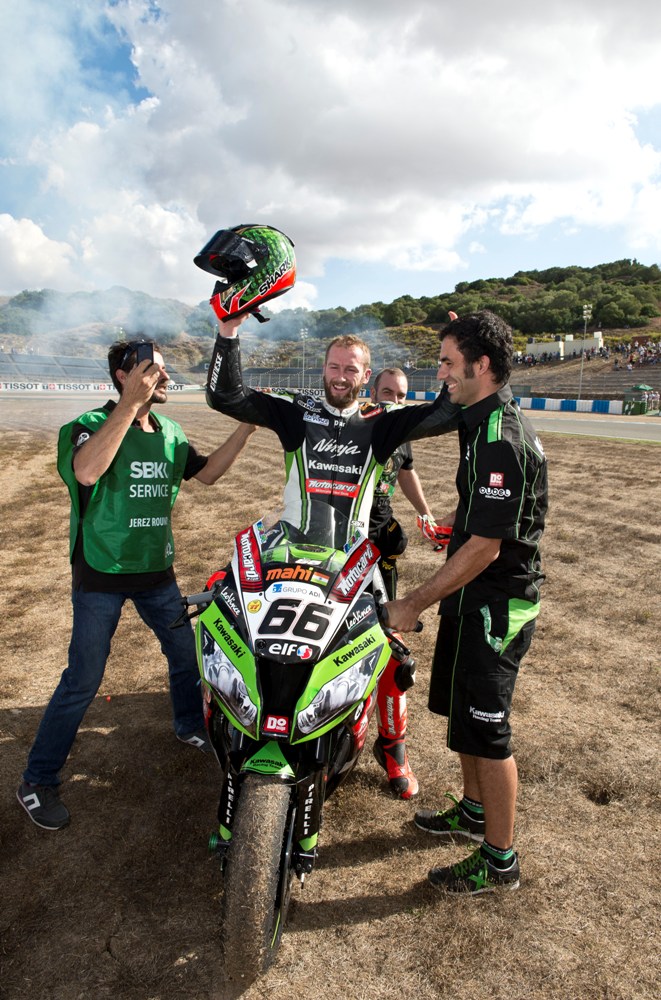