The Repsol Honda Team enjoyed a dream day in Valencia today, with Dani Pedrosa winning the Grand Prix (his seventh at Valencia across all classes, his 54th in career, and his 31st in the MotoGP class); Marc Marquez taking the third step of the podium to earn the 2017 World Championship Title (his sixth in career, and his fourth in the MotoGP class in five years); and Honda securing the “Triple Crown,” comprising the Constructor, Rider,  and Team Championships.

Marc and Dani were also the two riders to score the most podium finishes this year, twelve and nine respectively, making the Repsol Honda Team the most successful team of 2017, with eight double-podium finishes.

Marc and Dani got away brilliantly at the start, entering the first corner in first and second positions, but Johann Zarco assumed the lead on lap four. Marc stuck to him for 20 laps and then made the pass, but he immediately ran wide in turn 1 and almost crashed. He made one of is signature incredible saves but dropped to fifth behind Zarco, Dani, Jorge Lorenzo and title contender Andrea Dovizioso.

Dani, who had been closely chasing them, engaged the Frenchman in a battle for the win and finally passed him on the last lap. In the meanwhile, crashes by both Ducati riders allowed Marc to celebrate his incredible sixth Title, from the third step of the podium. 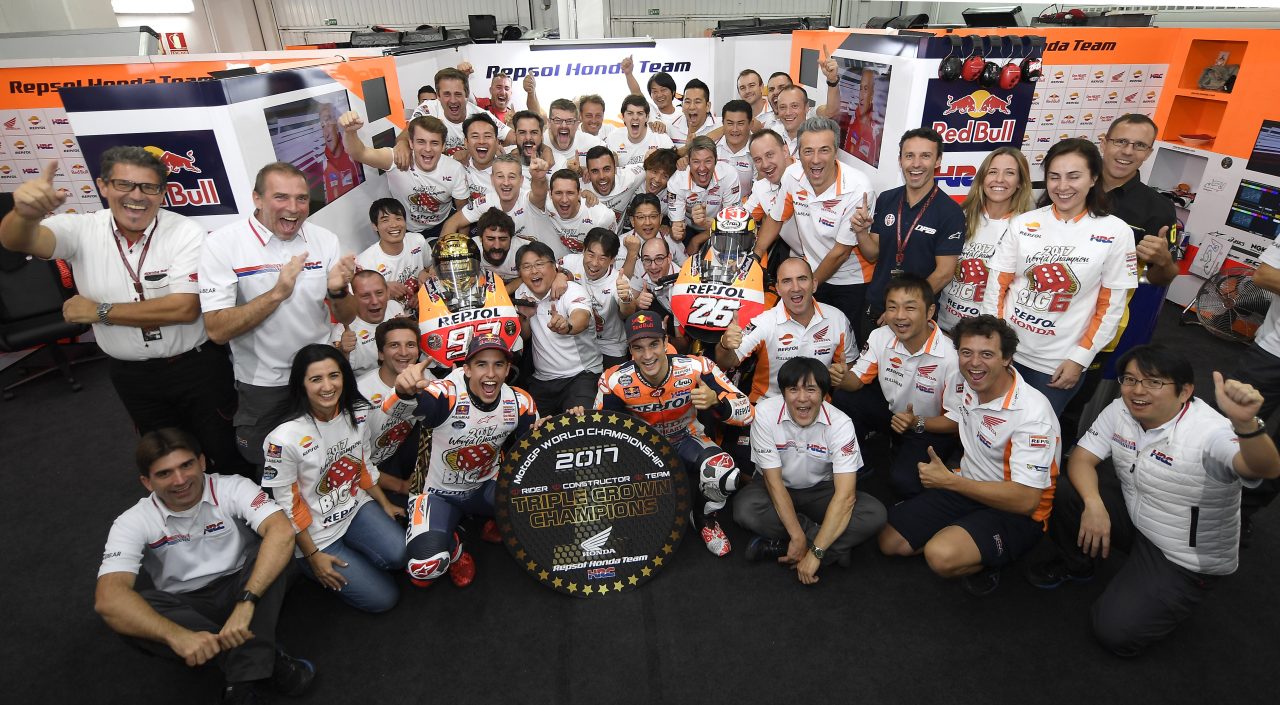 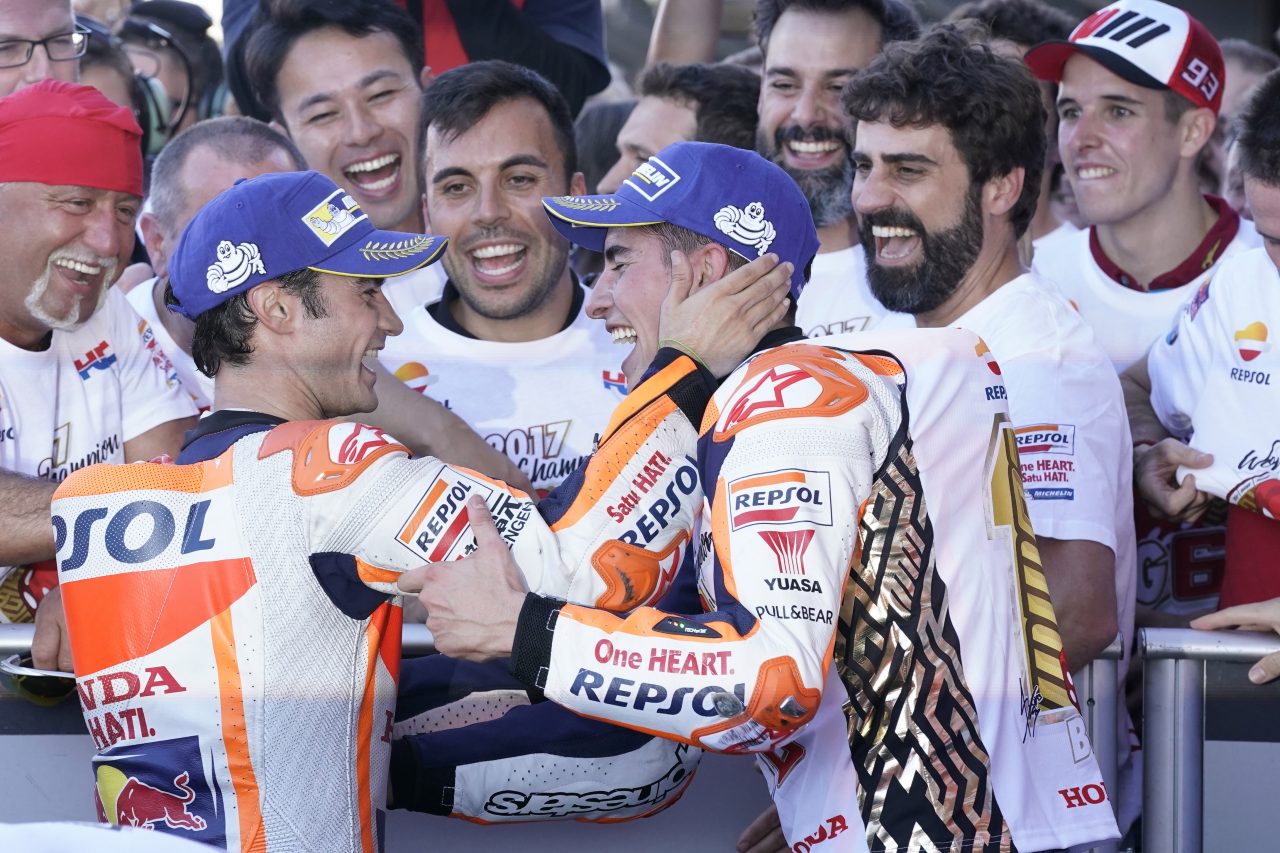 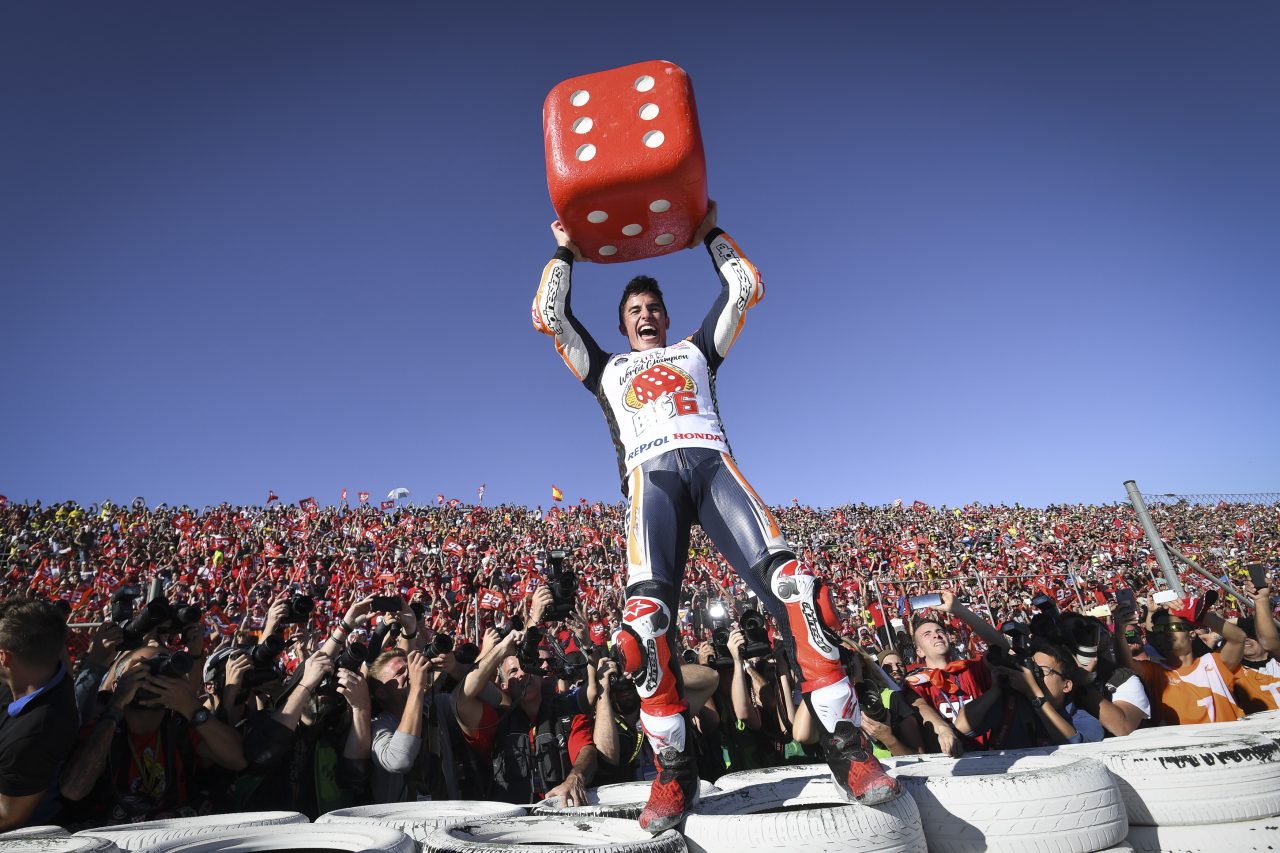