KRT rider Jonathan Rea won an unprecedented third FIM Superbike World Championship title in succession after a peerless display of front running in a wet first race at Magny Cours in France. No other rider had won three WorldSBK titles in a row before today. Tom Sykes (KRT) overcame recent injury and treacherous track conditions to finish third in the 21-lap opening race at Magny Cours.

A historic third championship win in succession for Jonathan Rea came after his 12th win of the season, which was also the 50th of his WorldSBK career. Has led the 2017 title race from round one, race one, and make sure of his ultimate title success after winning today’s wet race by over 16 seconds. Rea’s latest victory came despite the slippery conditions that changed from lap-to-lap as the skies brightened after heavy overnight rain.

Jonathan celebrated his latest championship success trackside with a three-pronged golden trident – symbolising his three championships in succession - and a special crash helmet design, before coming back to pitlane to celebrate his historic achievement with his team and KHI personnel.

Shortly before the first race of the weekend Rea had also secured pole position after a dramatic and wet Superpole 2. He fell early in the 15-minute session but quick work from his crew in pitlane ensured he would take to the track again, and Jonathan duly finished in pole position.

A heroic and ultimately rewarding performance from Sykes saw him start from third place after Superpole 2 and fight bravely at times to maintain a podium position, despite his recent left hand surgery.

Tom saw off an early challenge from Chaz Davies to keep himself a firm second in the championship as Davies dropped down the order. Sykes, the 2013 WorldSBK champion with KRT, battled again in the final laps, this time with Marco Melandri. They accidentally touched on the penultimate lap, as they rounded the long right hand corner of turn three.

Sykes only missed out on the second place he had held for most of the race by 0.350 seconds. This was Tom’s 15th podium of the year and the 99th of his long career. 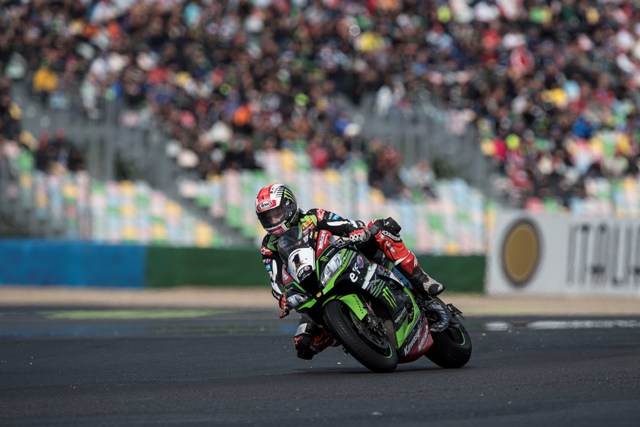 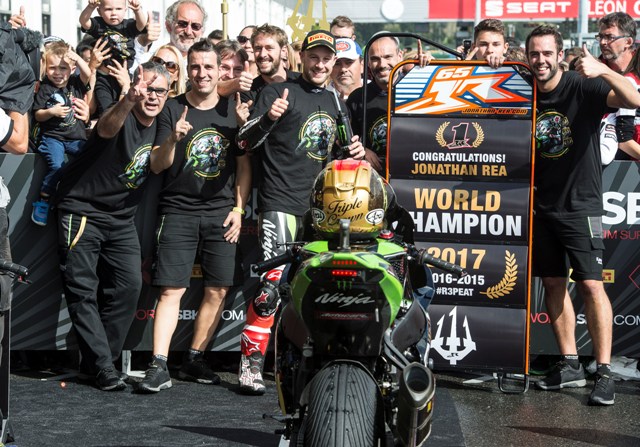 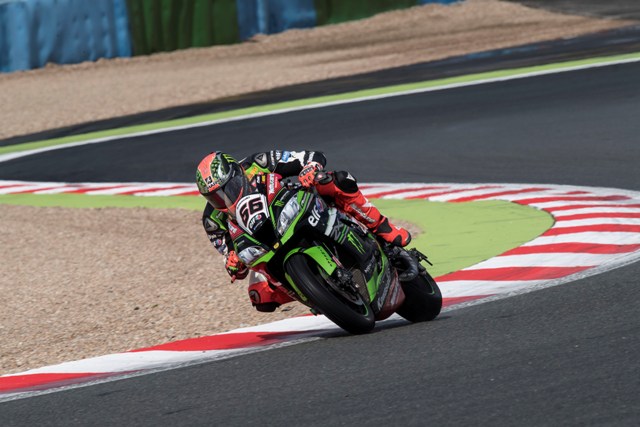