PODIUM FINISHES FOR REA AND SYKES

Jonathan Rea (KRT) and Tom Sykes (KRT) each scored podium results in the opening 21-lap WorldSBK race at the Lausitzring in Germany, with Rea second and Sykes third today. With one more race to go this weekend, Jonathan has a 63-point championship lead over Tom

Making progress through race weekend, despite encountering some changeable track conditions, Rea built up to an eventual second place in the opening race, having scored second spot in Superpole. He chased eventual winner Chaz Davies all the way to the flag after he took second place on lap three, but could not find enough traction near the end to mount a final challenge for victory. Rea was less than two seconds down on the win at the flag.

Sykes, who had set a new pole record for the Lausitzring earlier in the day as he captured his 42nd career Superpole win, led the first lap of race one. After first Davies and then Jonathan passed him, Tom could not regain a winning position and he finished 3.25 seconds from first place. His pole win was the 70th for Kawasaki in WorldSBK history and was taken on Tom’s 32nd birthday.

After more heavy overnight rain, the track took some time to get back to the grip level of the early sessions today, but when it did it allowed the leading three to move well ahead of the chasing riders at the flag, with Sykes 13 seconds up on the fourth placed rider.

In the championship standings, with one more Lausitzring race to go tomorrow, Sunday 20th, Rea now has 361 points and Sykes 298 – with the official Ninja ZX-10RR duo still 1-2 in the rankings. Davies’s win takes him to a total of 251 points, in third place. 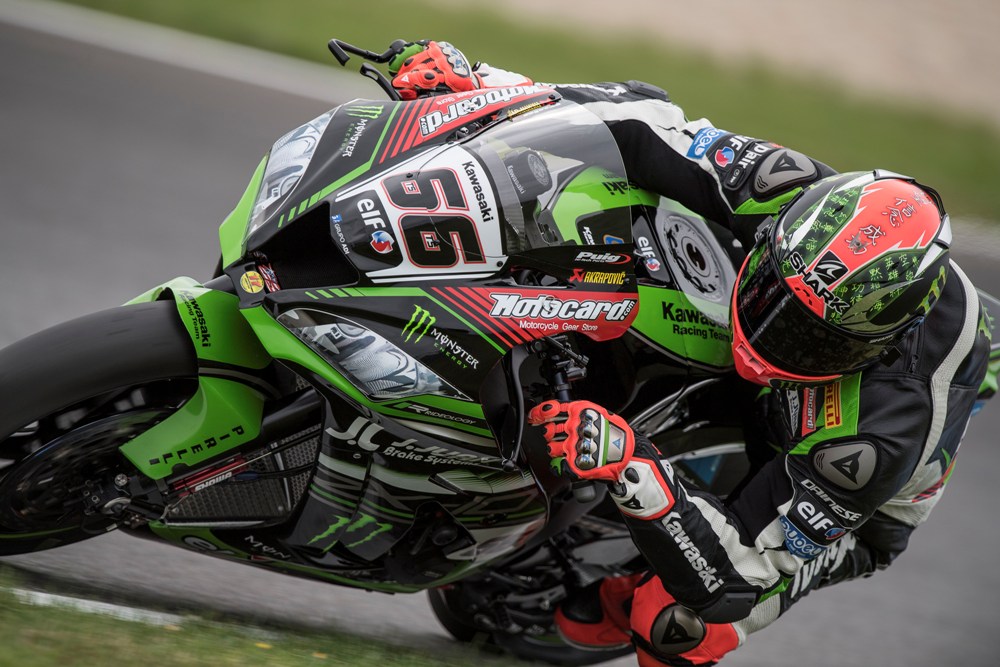 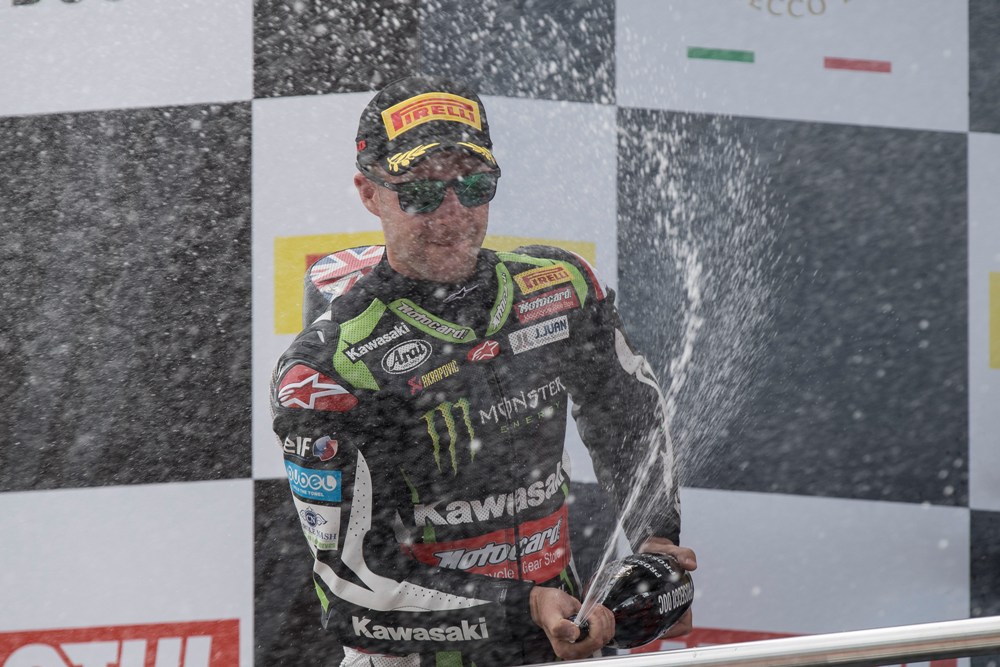 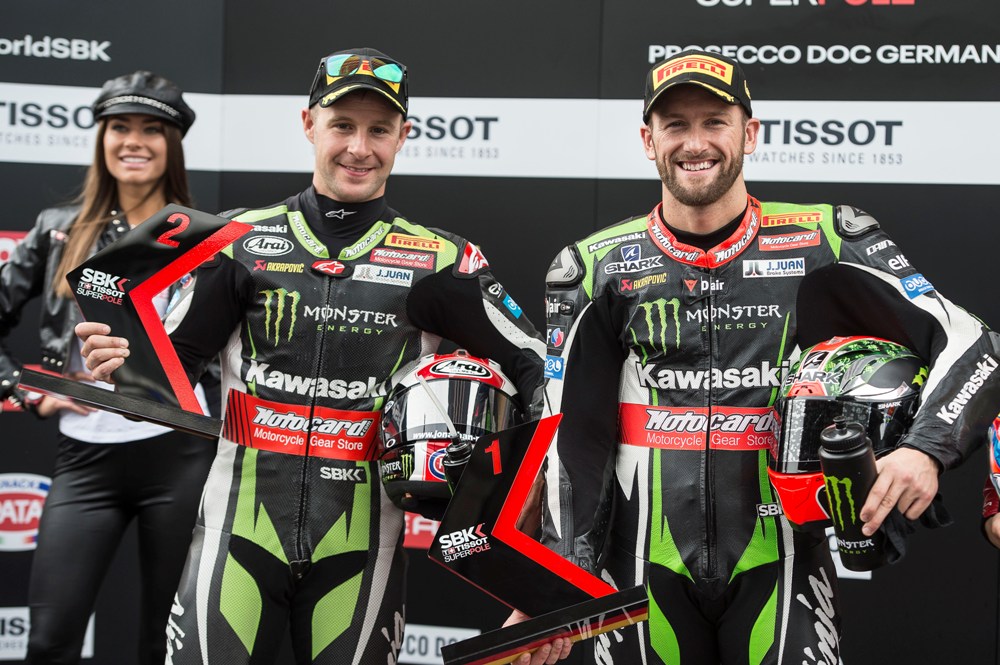