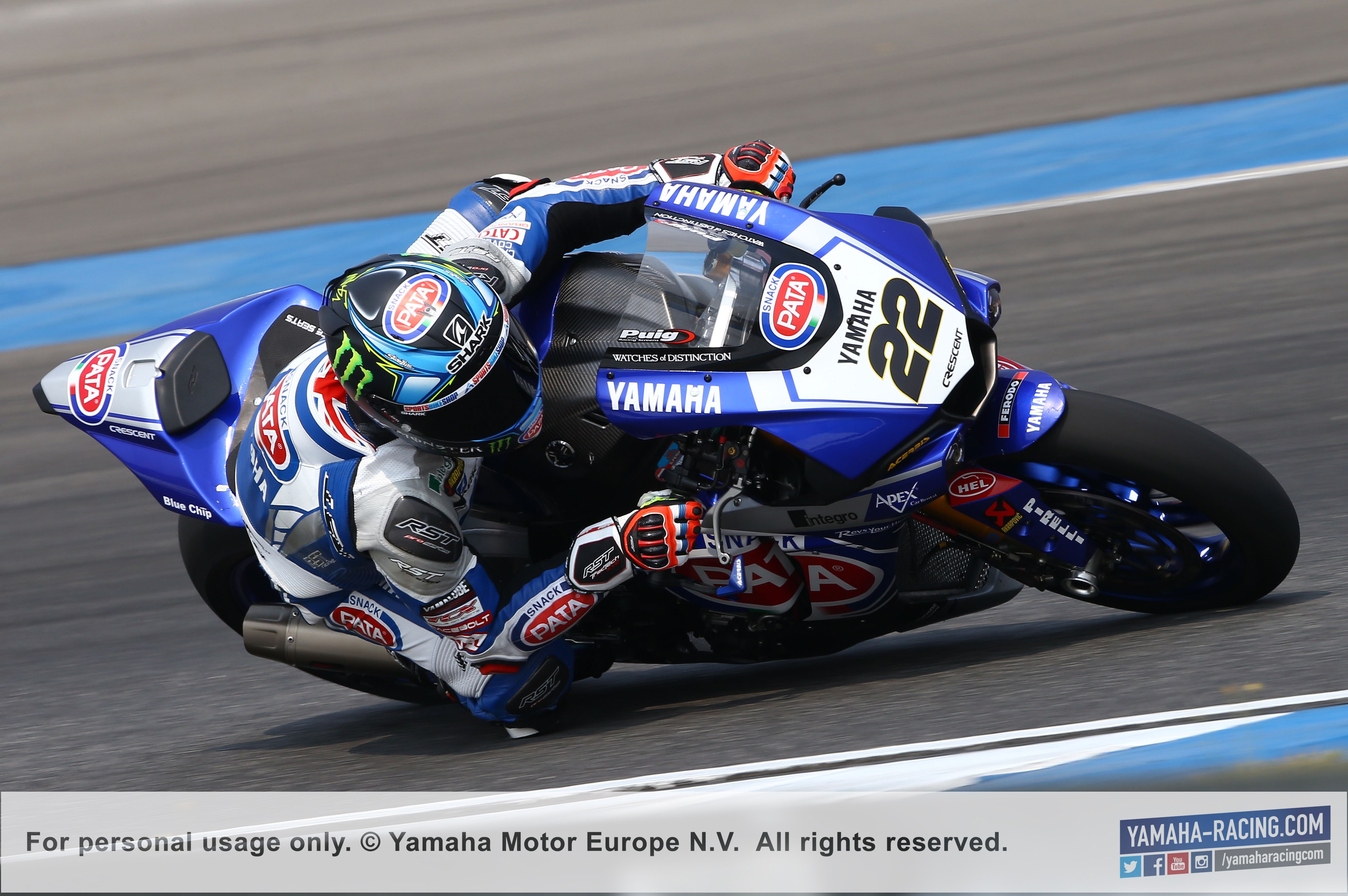 The majority of the weekend's healthy 81,346 attendance witnessed the hottest day felt so far at the Chang International Circuit as air temperatures of 36°C heated the asphalt to the mid-40's as the final WorldSBK race began. Sixth off the lights, the initial laps saw Guintoli fighting for position with his teammate as they both pushed towards the front group, the 34-year-old advancing a place on the younger Yamaha rider on lap three. Maintaining his rhythm despite an attack from Nicky Hayden, the Frenchman's pace kept his YZF-R1 in the fight for fifth - holding Torres behind while retaining his focus on Hayden in front. Keeping his cool, Guintoli concluded his second Thai WorldSBK race in sixth position, bringing his rider total to 40 points and retaining fifth in the standings. Another great start saw Lowes jump two positions from his seventh place grid spot as Sunday's contest got underway. His determination pushing him towards the front, he diced with Chaz Davies for fourth as they crossed the line for the second time, before the subsequent battle for fifth in the following lap lost him ground and position to his teammate. Continuing to race consistently in the hunt for the front group, lap 10 witnessed an early exit for the British rider, retiring his YZF-R1 at turn five with an untimely technical issue. The Pata Yamaha Official WorldSBK Team now returns to Europe in preparation for the championship's first race in Spain, at Motorland Aragon, on Saturday 2nd April.