The first battle of the season

The international circuit of Losail has been the chosen stage to begin the 2019 Moto GP season. Located in the outskirts of Doha, the capital of Qatar, the championship riders met again on March 8, 9 and 10 to take part in the first race.

During the free practice session on Friday, Jorge Lorenzo and Marc Márquez made the second and third fastest time respectively during FP1. The FP2 was held at night, under the spotlights of the Qatar track simulating the race conditions where Márquez made a record time while his teammate Lorenzo improved almost a second compared to FP1.

On Saturday the two Honda team riders went to the ground during FP3 without serious injuries apparently. Jorge Lorenzo was involved in a second crash during Q1, however, got the 15th place for the starting grid. Marc Márquez made a time of 1.53.745 during Q2 securing a place in the first row.

In the race on Sunday, only 0.023s separated Marc Márquez from Andrea Dovizioso, getting a deserved second place, ahead of Cal Crutchlow. The first seven riders staged an overtaking show for the fight of the podium positions during much of the race. On the other hand, Jorge Lorenzo had to endure pains in his back and shoulder after the falls of the previous day. Even so, they did not prevent him from advancing and scoring in his debut with HRC finishing 13th.

The next match will be at the Argentine Grand Prix, from March 29 to 31 at the Termas de Río Hondo Circuit. 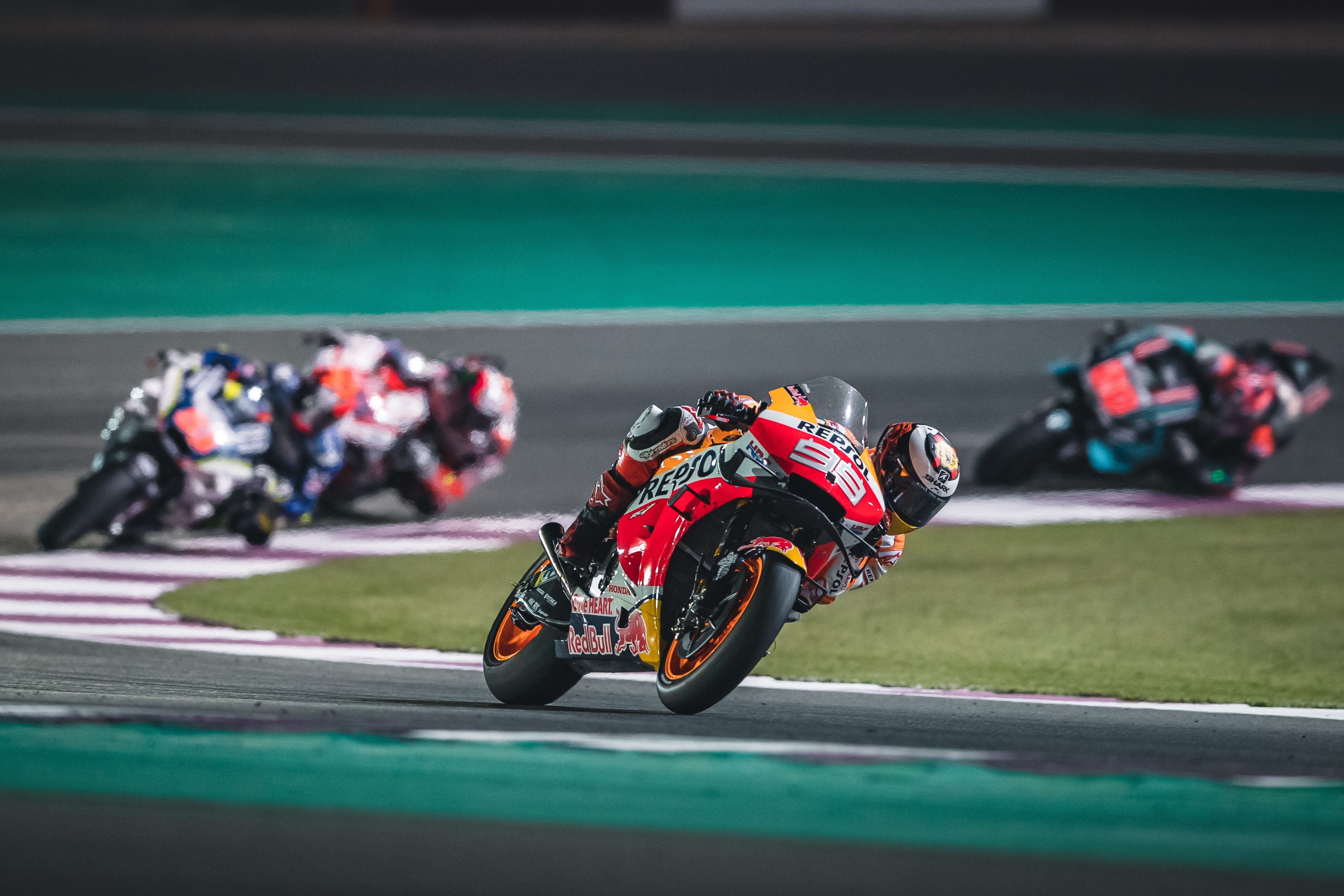