Today’s Silverstone GP was a tough race for the Repsol Honda Team, with Marc Marquez forced to retire on lap 14 while fighting for the victory.

Marc was in the lead group from the beginning having started well from pole position and he set a new race-lap record of 2’01.560” on lap 10. Then, while closely chasing eventual winner Andrea Dovizioso and Valentino Rossi, he suffered a problem with his bike’s engine. It was Marc’s first DNF caused by a technical failure since he entered the MotoGP class with the Repsol Honda Team in 2013. The engine will be returned to HRC in Japan for evaluation.

Dani Pedrosa managed to lap almost one second faster than his practice pace, despite struggling on the bumpy surface, but he wasn’t able to stick with front riders and ultimately matched his qualifying position with a seventh-place finish.

Marc is now a close second in the championship standings, 9 points behind Dovizioso. The 9 points Dani scored allow him to remain 35 points off the top in fifth place. 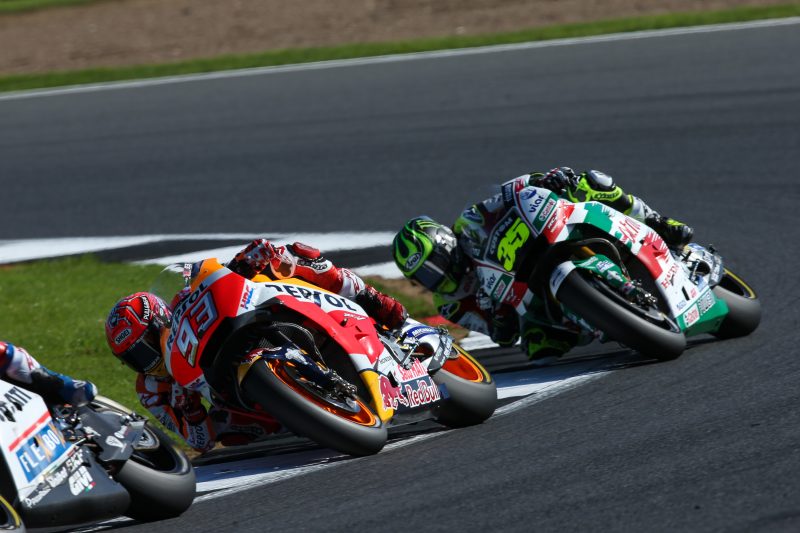 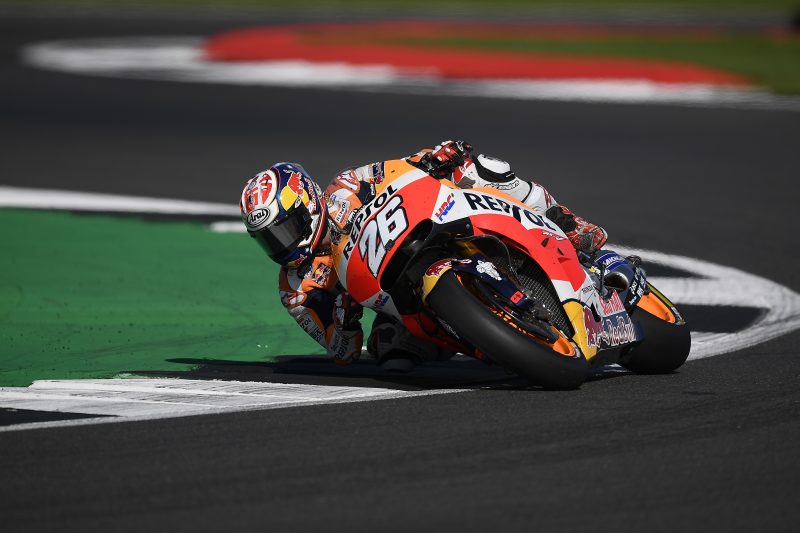 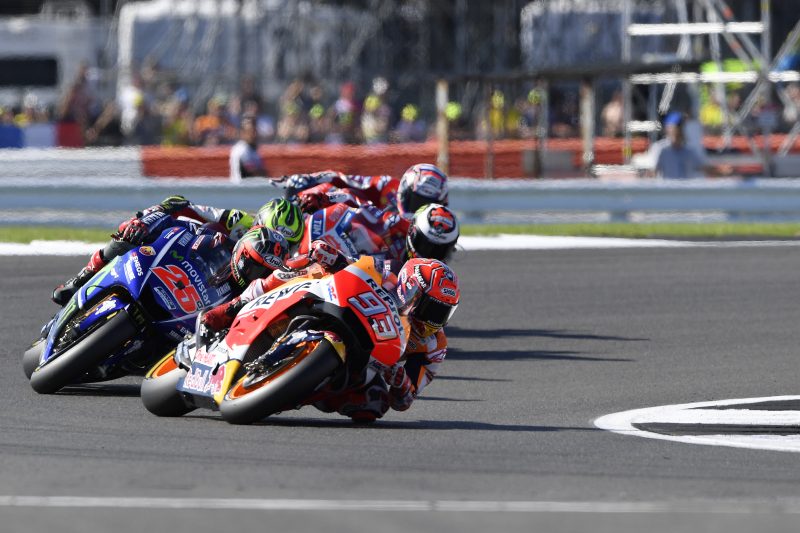